Defender Anthony Gerrard was handed the captain’s armband for his return to the club where he had made 69 appearances in a 30-month stay prior to his August move north to join the Blues.

Manager John Sheridan explained: “Anthony was here when I was here, and I think he’s been a really good player for Oldham.

“He was a massive part of helping to stop the team from being relegated two years on the trot. I thought I’d respect him and give him the opportunity to go back there and captain the team. 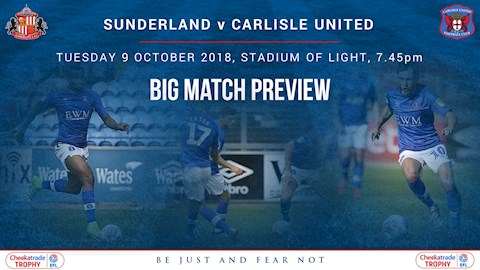 BIG MATCH PREVIEW: A look ahead to the Checkatrade Trophy fixture against Sunderland

“Gary Liddle understood why I was doing that, and he’ll be back as our captain for next week. It was just part of me giving Gez the opportunity to do that, because he’s been magnificent since he came to Carlisle.”

And on the addition of keeper Louis Gray to the ranks, he told us: “He’s been here before, and obviously with Luke [O’Reilly] being off ill, I felt we needed to have another keeper option on the bench.

“He’s a good addition and he’s been nice and bright. Adam Collin needs to be pushed, even though he’s playing really well, because I don’t want anyone to feel that they’re in a comfort zone.

“It all happened quite quickly at the end of the week, so whether he’ll be in until Christmas, or whenever, will be sorted out this week.”

One player who was singled out for praise by the gaffer following another excellent performance on Saturday afternoon was midfielder Kelvin Etuhu who, once again, controlled things in the centre of the park. 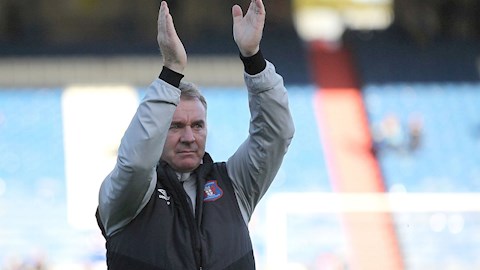 MANAGER: The thing we did right was take our chances

“I thought Kelvin was outstanding,” he said. “Breaking things up and getting in people’s faces is what he’s all about.

“I think Dan Gardner is possibly the best player in this division, as a footballer, and Kelvin kept him really quiet. I asked him to do a job on him and I thought he was magnificent.

“His energy and work ethic were brilliant, and he was a big part of the way we were able to get on the front foot.

“He was winning balls all day and he did his bit in what was a good team performance.”

Missing from the squad at the weekend were striker Richie Bennett [groin] and midfielder Jamie Devitt [knee] who joined Danny Grainger and Jason Kennedy in the treatment room.

“Benno trained on Friday, because he wanted to play at Oldham, with it being his home town,” the manager said. “I don’t think he’ll be too far away, but we’ll just have to wait and see.

“Dev is another who just wants to be involved, so I don’t think either of them are too serious, possibly a week or ten days.”