Assistant manager Tommy Wright gave us his reaction to the disappointing home result against Yeovil Town shortly after full time on Saturday evening. 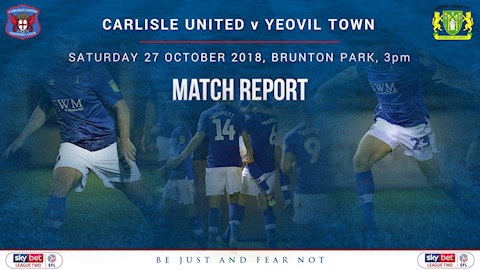 “It’s a bit like a broken record after home games for us at the moment,” he said. “It’s very frustrating for the supporters, the players and for us as staff. We had chances in the game again, but you have to put the ball in the back of the net.

“Being honest, in the last 20 minutes I thought they looked more likely to score than we did, but we still had one or two chances.”

“Overall, the result is tough on us, but we can’t feel sorry for ourselves,” he continued. “It’s our fault that we can’t put the ball in the back of the net, no one else’s. We talk about mentality, and there does seem to be a mentality around the fact that we haven’t scored at home.

“There seems to be a lack of hunger or determination to get in the box and score a scrappy goal. It shouldn’t be a lack of confidence, because we were very good on Tuesday [Lincoln] and we scored two good goals.”

“We now have a horrible, horrendous record at home, but it’s up to us and the players to find the solution to that,” he commented. “Somebody asked me if we do shooting practice this week, and we do it most days, but there’s a difference between training and playing matches.

“You have to have the mentality and the mental strength to put the ball in the back of the net. That’s why strikers across the word get paid a lot of money. You can play the best football in the world, but you need someone to put it in the net.”

With results at Brunton Park now becoming a real cause for concern, he said: “The only way to change the home form is to score goals. If we weren’t creating chances it would be a bigger problem, but we’re doing that, so it’s about having the desire, belief and confidence to get in there.

“We’ve got good players in that dressing room, and football can turn quickly, so we still believe and know it will come good again.”

And there was no hint of looking for excuses from the assistant boss as he spoke more about the need to get back to winning ways in our home fixtures.

“Football is all about ups and downs but we’re in a tough situation at home at the moment,” he told us. “Everyone around the club is frustrated, but you can’t go to bed and put your head under the covers, you’ve got to get on with it. 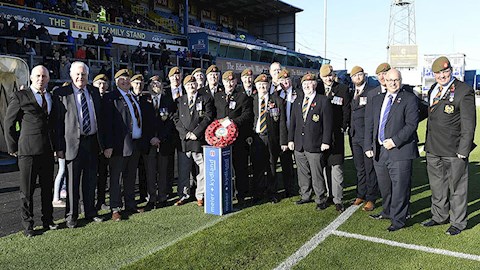 “I don’t think the fans have been bad, so I wouldn’t say there’s been massive pressure on the players. The fans have stayed with us as much as they can because they’ve seen we’ve been playing well, in patches.

“I keep saying it, but we have to score goals, and we need to find the solutions for that. Everybody has to take responsibility, we’ll stick together as a group and we’ll get through it. Getting one goal might bring three or four. As I said, we are creating chances, we’re just not taking them. We’re scoring goals away from home, so we have to find the solutions for that at home, which we’ll do.”

“We understand the frustrations from the fans because they aren’t enjoying watching us at home at the moment,” he commented. “I’m not enjoying it either, I’m enjoying some of our play, but I’m not enjoying the results or the fact that we aren’t scoring. If we turn it around next week I’m sure we’ll all enjoy it more.

“In terms of the performance, I wouldn’t say we didn’t put the effort in today. I thought it was a game where whoever scored the first goal was going to win it. We kept trying, we just didn’t have that composure in the final third or that little bit of magic that could win us the game.

“I can’t criticise them and say they didn’t try. They had effort and commitment, it was more down to quality or confidence in key situations. Confidence is a massive thing in football so we need to get that back into them when they’re playing here at home.

“It’s maybe about having the anticipation to be ready for some of these chances that come in. That might be a confidence thing, but we’ll certainly look closely this week at chances missed and those we created which came to nothing, to see where we could be better.”

“Looking at the game overall, it was quite open and both teams had chances. We’ve come away from it with nothing and football can be cruel. They got a bit of quality and a bit of luck with the deflection at the end, but they took their chance and we didn’t, and that’s why they’ve got the points and we haven’t.”