United boss John Sheridan confirmed during his post-match press conference on Saturday that he is targeting one, possibly two strikers as part of his January transfer window activity.

“There are a couple of players we think are available and who we might have a chance of getting,” he confirmed. “It’ll be a striker, possibly two, but we’ll just wait and see if we can get them.

“We definitely need players in that area of the pitch because Naders [Ashley Nadesan] is going [back to Fleetwood] and we need a bit of firepower. I’ll just look and see who is available and who I think will help us to get goals.”

On looking ahead to January, he said: “We need to get our house in order because the transfer window is getting closer.

“The players know who I want to stay, and most of them want to stay. I need to finalise that, get it in place, and hopefully add one or two more.

“Goals is obviously an area we need to improve. We’re losing games at the moment but it’s never for the lack of chances. We get into so many good areas, so whether it’s the final ball or the wrong run, or a bad decision … and it’s not as if we don’t work on it.

“Sometimes it’s instinct but you have to score goals to win matches. It’s an obvious thing to say but it’s letting us down. That isn’t for the lack of chances created and that’s very frustrating.” 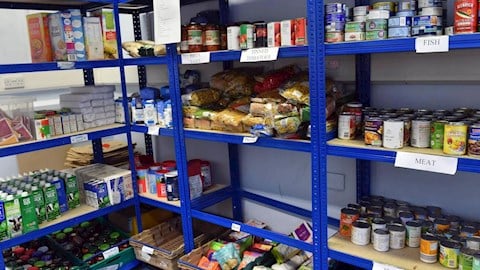 BRING A TIN: Club and CUOSC work together on foodbank collection campaign

With the gap to the play-offs now at seven points, he admitted that another area of frustration was the points that have been allowed to slip from games where the team has played the better football.

“We’re letting ourselves down by not being closer to the teams above us,” he commented. “I truly believe we could and should be up there. That means something isn’t right, or it’s missing, and we know goals are the main factor in that, but we still have to stay tight even if we aren’t scoring.

“We look a good team for 10, 15, 20 minutes but we then do something we shouldn’t be doing and it makes us so vulnerable.”

And on how to get back to winning ways, he told us: “We’ve got to be strong characters. I have to stick to my beliefs and I have to carry on thinking that what I’m doing is right, which I do.

“I can try to give the right advice, but they’ve got to believe in themselves more than me telling them they can do it. All I can say is that we’ve just got to stick together.

“When you aren’t winning games it gets hard for everyone. You need to have that fighting spirit and you need to try to stick together. Hopefully that brings you out the other end.”