United's under-19s left it late to grab a victory over a Park View under-19 side which included a return to Brunton Park for former-Academy players Luke Lloyd and Luke Taylor.

The home side enjoyed the bulk of the possession in the first half and the first chance of the game came when Holt powered into the box and crossed low. It eventually came to Barnes, who went for a quickfire shot, but it lacked power and the keeper dropped down to smother it.

Midfielder Sam Adewusi then twisted and turned on the edge of the area before a gap opened up in front of him. He put his boot through it but the stopper had watched it all the way.

Egan tried his luck with a 23-yard free kick which was easily collected, and he went close again moments later when he dropped a shoulder and thundered a shot over the angle of post and bar as he streaked into the box from wide.

First year striker Kyle Soper thought he'd broken the deadlock on the half hour when he expertly controlled a drilled pass from Holt with his back to goal. A spin and punt left the keeper rooted to the spot but the young forward was disappointed to see it rattle back to safety off the woodwork.

Park View started to come into it more ahead of the break, with balls flashing across the face of goal as they picked up the pace of the game, but Carlisle were close at the other end when Max Brown latched on to a loose ball 19-yards out. He tried to bend it into the top corner but the keeper got there with a fingertip save.

Substitute Liam McCarron opened the second half with a shot that fizzed just past the post, and he was thwarted by an alert stopper in the next attack as he came in on an angle to shoot low from a Holt through ball. A firm hand turned the effort away.

Carlisle kept prodding and they missed a gilt-edged opportunity to take the lead when Charlie Barnes found himself with the width of the target to aim at as a half clearance squirmed into his path just four yards out. He leaned back as he got his toe to the ball and it flew frustratingly over the bar.

Park View were guilty of a glaring miss of their own when a lovely cross found the number 10 unmarked and dead central. He took his eye off the ball and his header glanced wide.

Half chances were exchanged as the clock ticked down but United grabbed the victory with the last chance of the game when defender Luke Taylor got himself in a mix as he came under pressure just inside his own area.

Max Brown said thank you very much as he kept his cool to pick his spot.

Watch highlights from the game here: 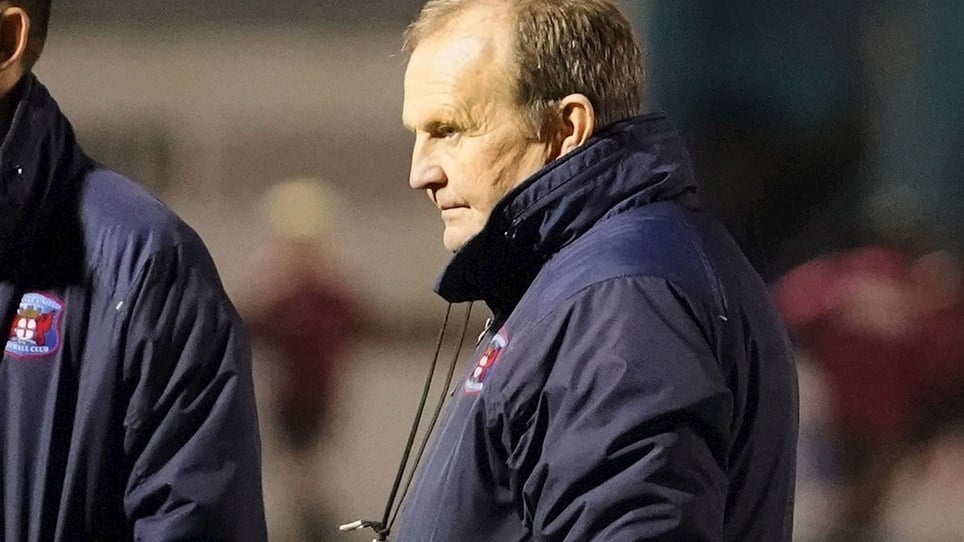 
The United youth team's final pre-season friendly of a strange summer was the short hop over the A69 to face Newcastle United.

YOUTH: We can't complain about the result


It was a disappointing day at the office for the young Blues on Saturday as they struggled to get going, and they suffered a defeat because of it as Fleetwood snatched the winner with their only shot...