The Stags took their second half chances and brought an end to their winless run as United worked hard without quite managing to find a way through at the One Call Stadium.

Mansfield got onto the ball early and a whipped cross from Byrom had to be dealt with by Brisley as Coulthirst lurked. The resulting corner delivery was well served but Bennett couldn't keep his header down.

Defender Tom Miller needed treatment as he and Rose clashed heads with just five minutes on the clock, and his day was quickly ruled as over as the medical staff struggled to contain the flow of blood from his nose.

United enjoyed some good possession after the restart but Gillespie had to be on his toes when Coulthirst twisted to take a shot from the edge of the box. It dipped and swirled but the keeper caught it comfortably.

Set pieces from Danny Grainger made the Stags work hard to protect their lines but good defending prevented strikers Miller and Proctor from pulling the trigger.

A determined run from Hayden White ended with a scuffed shot which bobbled well wide as the hosts continued to try to play at a high tempo, and a snapshot from Benning gave Rose a chance to put his head in the way. He got there in time but his touch took it over the target.

Mansfield went close again when Coulthirst reacted first to a high ball over the top. He opted for a first time shot from a tight angle and Gillespie stayed big to make the save.

The Cumbrians thought they'd picked the lock just after the half hour when a free kick from deep was flicked on by Proctor. Striker Shaun Miller connected with an acrobatic scissor kick but it dropped onto the roof of the net with the keeper well beaten.

Mansfield had a goal ruled out for offside as they sent men forward to try to calm the increasingly agitated home crowd, and Gillespie produced a fine instinctive save when a cross ballooned off Adams and spun into the air. Rose waited and unleashed a stinging volley which the visiting stopper did well to parry.

Close ball control from Jamie Proctor gave him half a sight of the target when he battled to get a difficult pass under control. A chest down and touch with the toe was followed by a crunching connection which buzzed past the angle of post and bar.

Another well placed Grainger corner caused problems as Raynes and Brisley got touches inside the box to keep the ball alive. Kean came off his line to gather the troublesome ball into his chest.

Coulthirst scuffed a difficult volley wide at the other end as seven minutes of added time were shown, and Miller did the same for United as he tried to take Kean by surprise.

A Mansfield move full of incident signalled the start of the second half as Whiteman combined with Byrom to get past Gillespie. The cross was cleared by Raynes but Benning whipped a mishit attempt towards the corner flag.

The Stags came again but Bennett was disappointed when he popped a low shot right at Gillespie as he got onto the end of a pull back from Rose.

Mansfield had two excellent chances sparked when Coulthirst burst through the offside trap. The forward hesitated then drilled a toe poke which Gillespie palmed away. Rose was onto the rebound but he snatched at it and crunched the ball into the side netting.

It was to be a short reprieve as Green stood his ground for a floated cross which fell towards the penalty spot. His header had direction and Gillespie could do nothing as it looped into his top corner.

McQueen put a back post header behind as he got on the end of a cross from Adams following a goalmouth scramble, but it was Mansfield who dealt another blow when Coulthirst beat his man with a neat bit of control. He stepped inside and swept a good finish into the bottom corner of the net.

Carlisle had a string of four corners late in the day but the yellow shirts stood tall to keep the back door shut. O'Sullivan let fly from distance as he tried to make something happen, but the ball wouldn't fall and the Stags were able to see the game out to claim their points. 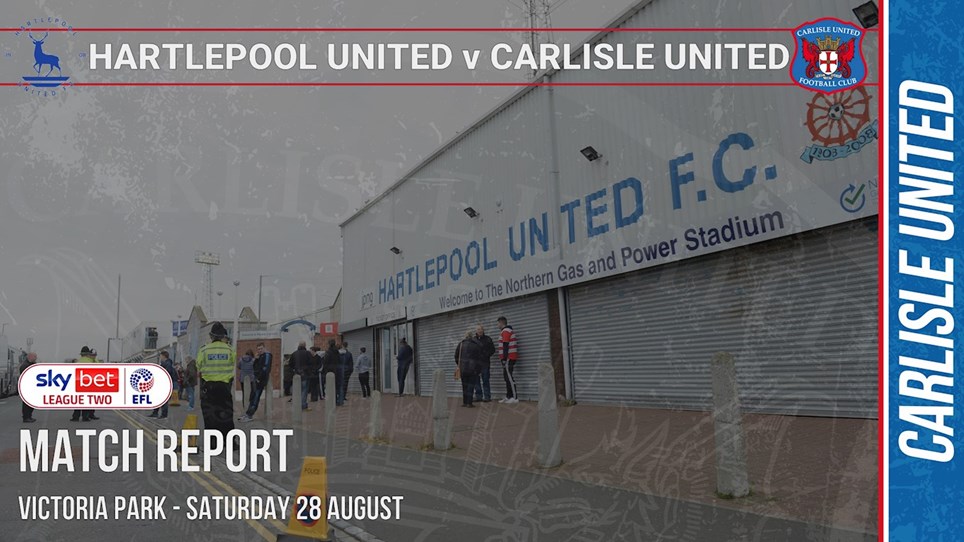