With the season now over you’d think there’d be at least one or two days of relative calm, but that couldn’t be further from the truth, with new boss Paul Simpson expecting a busy ride as he looks to gear up for the new campaign. 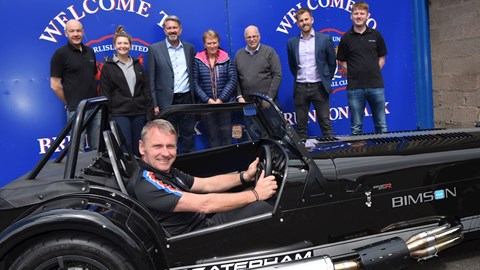 “It’s busy, but I’ve been out of work so many times that I really don’t mind,” he said. “Knowing that the football world is cracking on when you have no part of it is horrible.

“If you’re out of work for the first day of pre-season, that’s really unpleasant. I’m not complaining at all that we have a lot to do because this beats working.

“Being involved in football is a privilege. There are no complaints from me, or Jacqui, she understands what we need to do and she’s more than happy for me to get on with it.”

For the players, it’s a period of rest before they begin to work through a fitness programme which should help them to return for pre-season on 22 June ready to hit the ground sprinting.

“We’re working as we speak on all aspects of getting ready for the lads coming back,” he confirmed. “I’m in the office with all of my staff and we’re looking at recruitment, setting that up with Greg, and I’ve sat with Gav Skelton and Jamie Roper to look at training details.

“Jamie is our new strength coach, and he’ll be working with Geoff Haugh, who’s going to stay with us, and Ross the physio.

“We’ve all been going over how I want pre-season to be done, the structure of it, the days we’re going to be in.

“It’s about fitting it around games, and how I want it done in terms of the level of work they’ve got to do, the level of high intensity repeated sprints they’re going to have to do in the way I want to play.

“I’m hoping to have the first three friendly games ready to announce today, certainly by early next week, so that the fans can start to plan as well.

“They’ll be local. We always do that as a club and it’s the right way to go about things. We have a lot of good links with clubs locally and that’s the way it should be.

“Next week we should be in a position to let people know about a couple of other fixtures, against league opposition.”

Speaking more about the thought process behind the pre-season schedule, he commented: “We need to put a plan in place that makes sure the players are at a good level of fitness to be able to do high-intensity runs and to be able to sprint harder than they did last season on a repeated basis.

“It’s not going to happen immediately, but we need to be in a good place for the start of the season with a view that my head always tells me they need to be peaking for the last 10 to 15 games of the season, because that’s when the main thing happens.

“Quite simply put, what we do next season has to be better than this season. I’m not going to make any predictions as to where we want to be or where we think we’re going to be. 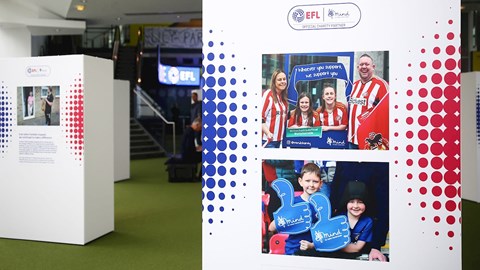 “We’ll discuss that inside the dressing room and meeting room, but I’m not going to go out on a limb and say something that people would just use as a stick against me.

“What I want to do is build this football club. I’m trying to get a plan in place that will build it for the next few years, also being fully aware that I need to make sure we have a short-term plan to get results that keeps me in the job for the longer-term.

“I’m under no illusions, this isn’t going to be an easy job, it’s not an overnight fix, but I think it’s got a real good chance to create something and change the way it has been, certainly for the last season anyway.”

So does that mean that players are coming back with a clean slate?

“I’d probably be lying if I said it was a clean slate, because it doesn’t work that way,” he told us. “I can’t wipe out the memory of what happened and where we finished.

“They’ve shown me what they can do - now the challenge for me is to get them to a different level, better, in terms of being fitter and stronger, having better game understanding.

“The players are contracted to us. I don’t believe it’s right to make players available for a transfer, because straight away they know the door’s closed.

“In today’s game I don’t think you need to place players on a transfer list, because you always get a negative kickback from that in terms of them and the fans’ perception towards them.

“The way it works now is 99.9pc of footballers have agents, and when their player isn’t in the team they’re always scurrying around in the background working to get them away.

“If it’s right for us we’ll allow them to move on. They’re here, we’ll work with them, they’ll all be part of it, nobody will be treated differently, that’s young pros and senior pros, and we’ll see where we go from there with it.”