Having completed this season’s fixture schedule, next up for United is Monday’s announcement of the retained and released list, with manager Paul Simpson pretty much set on which direction he’ll be taking with the current group. 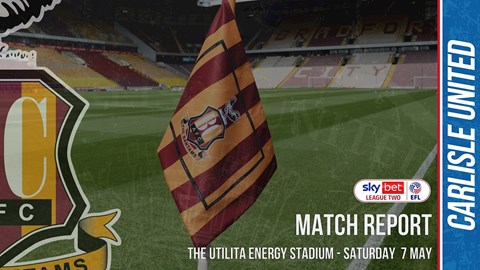 “I obviously want it all done as soon as it can be in terms of new faces, but I’m not going to rush,” he said. “Contract offers will be made to some players, and they’ll have a few weeks to make a decision.

“That’s a little bit annoying because you’re left in limbo, but that’s just the way it is. I don’t expect to make an offer and get decisions straight away.

“We have to address what’s been going on at this club for a few years now, and we have to get a proper plan in place that will us forward.

“We can’t talk to new players yet until we know they’re being released by their current clubs, and I think we have to be respectful of that.

“That’s the way I try to do it, but I know for a fact that there’s already one of our players who I want to offer a contract to stay with us who has been tapped up by another club.

“That’s really disappointing because there’s already an indication there that he won’t be coming back.

“It’s against the rules, but sadly others seem to do it. We have to just deal with that. We’ll see what happens and hopefully a lot will have happened by June in terms of adding to our group.

“I was made aware on Tuesday night that had happened. Foolishly he told me. He didn’t realise it was illegal, against the rules.

“You’re only allowed to speak to clubs if it’s an international transfer, it’s really disappointing, but listen, there’s worse things happening in the world, so we just have to get on with it.

“I won’t say which player it is, in fact I won’t ever say it. I don’t know who the club is, it will probably become really clear when he signs for them.

“There are worse things happening, there’s no point me worrying about things like that, we’ve just got to crack on.”

Part of that cracking on is not only the Monday decisions, but the recruitment that goes with putting a squad together for the next campaign.

“I want as many of them in for the start of pre-season on 22 June,” he confirmed. “I want to know decisions on the staffing situation this week, that’s the first one.

“I hope to be able to confirm the head of recruitment on Monday and the keeper coach situation by Wednesday.

“I’ve changed the strength coach, Jamie Roper has stepped up from the youth department to replace Greg Short.

“The players will all get programmes to help them get in better shape and I want a group that will show me on a consistent basis that they can run, tackle and compete with physical strength, and hopefully we’ll also have quality to go with it.

“I’m happy with all of my other staff at the moment. It was a case of just making a little tweak to it and we’ll see where we go from there.

“I’ve got an honours degree in sports science so I’ve got half an idea what I’m talking about. I look at the top teams, and I’ve been fortunate enough to work at some big clubs, and I’ve seen the desire they have to go and run and work.

“I read an article about the relentless pressing and work rate at Liverpool, and what Klopp has there, and we might not have their ability, but that should never stop us from being able to work as hard as we can. We need a group that understands what’s required in terms of professionalism and work ethic.”

Speaking specifically about Monday, he added: “I think the majority of the players will realise what’s going to happen.

“I’ve already spoken to a few and made those calls early. We’re going to lose all the loan boys who’ve represented the club well, so we thank them, and these decisions are made to try and make the football club better.

“That’s the only reason I’m doing it. I’ve got no personal vendetta against anybody. The decisions are made that I hope will be better for the football club, to make us stronger, better, more successful for the next few years, not just for the first six months.

“As I’ve said, I want it done but I won’t be making rash decisions. We have to make as many good decisions as we can as a football club.

“If you rush things for the sake of it, it can bite you on the backside, so we’ve got to be sensible in our approach.

“We’ll see if the players offered accept them, we’ll give them time to consider it, and as I said earlier I’ve spoken to one of our players who I know for a fact has been tapped up by a club, and has been for the last few weeks.

“That’s just really disappointing. It’ll be interesting to see where he signs because I’m led to believe he’s not coming back, which is a shame, because I wanted to have an opportunity to keep him.

“If players don’t want to be here then there are going to be hundreds, possibly thousands of players available in the summer. Our job is to get things right with ins and outs so that we can all push on.

“We’re looking at a whole host of new signings to try to make us stronger and who will give us a good start to the season. That’s what will keep the support and the enthusiasm.”