United boss Paul Simpson revealed at his weekend post-match press conference that he’s hopeful that keeper coach Paul Gerrard will be here beyond the end of the current season, with him having had such a big impact since his arrival 14 games ago. 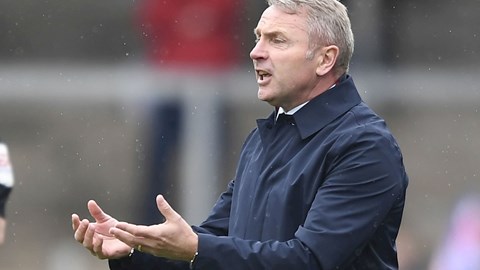 “I want that resolved soon,” he told us. “He’s very good, so he’s got other people who are also interested in him, but he loves it here.

“He’s really enjoyed it, he’s thrown himself into it, he loves it up here, and we’ve got to make it right for him. It will depend on what the other options are, and what type of offers he gets.

“The other two options for him are higher, in a higher level. But the fact he’s not saying no fills me with confidence, and when somebody doesn’t say no, I’m like a dog with a bone and I’ll try and make it work.

“It’s one of the conversations to be had. I love the way he goes about his work, he’s got so much knowledge, he’s got real enthusiasm.

“He’s absolutely loved Cumbria. He’s talked about wanting to finish his days in the Lake District. We’ve just got to make sure we try and keep him.

“I’m really pleased with Gav as well. He’s another who works hard. As I’ve said, what I do want is a head of recruitment.

“I hope I’m closer with that. It needs to have happened months ago. I’m working to try and do it as quick as I possibly can.

“I want to bring someone experienced in, I’ve had conversations with a couple of people. I’m hoping we can get something sorted out. It could be in the next couple of days, but I can’t afford to wait.” 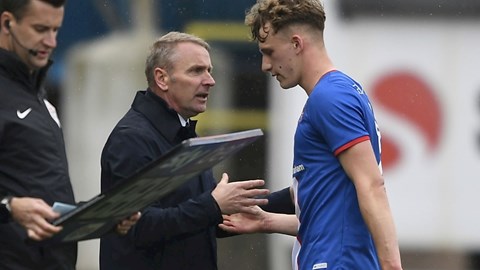 MANAGER: I thought, go on, chuck him in

“We need it done, because we have to hit the ground running,” he added. “We have to be ahead of the game and get in early.

“I really do think this summer will be a sort of kick back from what’s gone on through Covid, where clubs are readdressing their finances. Everybody has suffered from a financial point of view.

“We’ve got to make sure we get in early. I think if players get offered contracts, they need to seriously think about signing them because it’s going to be really tough this summer.

“A really tough environment for players to get contracts. There are going to be hundreds, maybe thousands out of contract, and we’ve got to be in a position where we can jump ahead of the game and go right, we want you, this is what we’re going to offer you, and let’s hope we can get them through the door.”

“I have a few options for the position,” he confirmed. “There’s probably one who’s a little bit further on than the others.

“I’m not really sure what’s going to happen with it yet, but I hope very soon I’ll be able to get confirmation of that one. I’m quite relaxed about things like this. I

“I want it done quickly, but I’m relaxed. If it can’t happen there are loads and loads of experienced football people out there that can do this job.

“It’s up to me just to get the right one, and I’m working hard to secure the right person.” 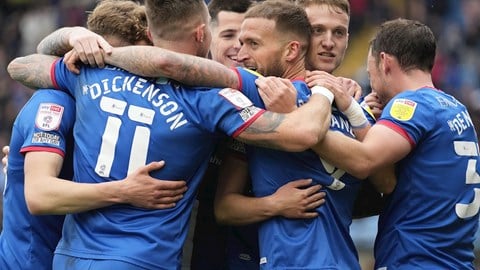 And looming ever larger are the decisions to be made on the first-team players who are out of contract.

“It’s a horrible part of the game, it really is, but you have to accept that you’re going to have to make tough calls,” he told us. “I don’t think I’ll get every decision I make right, I’ll probably make a few mistakes, but everything I do will be done for the right reasons.

“I’ll discuss everything with the other members of staff and we’ll see where we go. We’ll work within the remit we’ve got in terms of the budget, and the supporters will probably look at some of the decisions we make and possibly be surprised or disappointed, but that’s football.

“That’s why it’s such a fantastic game and that’s why we get people turning up in numbers, because they all have their opinion and they care.

“I would probably say I’m 99.9% there with which way I’m going to go with it. The thing I would say regardless is whether you’re under contract or not, I’m pretty sure of what’s going to happen.

“You’re a a professional footballer, you’ve still got to go and do it right. I wasn’t happy with what happened at Harrogate, I think there was a bit of downing tools on that particular day. I don’t like that.

“I don’t care whether you’re under contract or not, there’s no place for downing tools as a professional footballer. I don’t believe there’s any place for it whatever your profession is.

“There’s going to be some disappointed players when we have the meetings, but that’s the nature of football. As I always say, the league table doesn’t tell lies.

“If we want to progress as a club there will have to be some difficult conversations and some harsh decisions made.”