Carlisle United are delighted to confirm that midfielder Taylor Charters has agreed a new deal which keeps him at Brunton Park until the summer of 2023.

Charters, 21 in October, signed his first two-year professional contract just two months into the second-year of his YTS scholarship with the club in August 2019.

Having trained with the first team squad, and with a number of pre-season friendly appearances to his name, he settled quickly and notched up nine appearances during the 2019/20 season.

A triggered clause extended his stay until the summer of 2022, and he made his full debut in a 2-0 away win at Walsall in January 2021, where he also earned the man of the match award, as voted by the fans after the game.

His first senior goal came in the Papa John’s Trophy meeting with Hartlepool at Brunton Park in August 2021. He’s made a total of 38 appearances for the Blues so far.

He gained valuable first-team experience when he joined National League North side Gateshead on an initial one-month loan midway through January 2022.

That was extended, and he went on to score four times in 22 appearances as the The Heed clinched promotion to the National League. 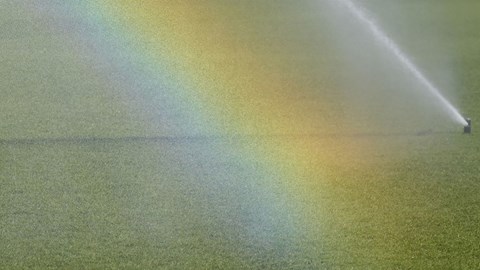 Manager Paul Simpson said: "I’m delighted that he’s agreed to stay. He’s enjoyed himself with his loan spell and I think he’s feeling confident and ready to go.

"As a club we want players coming through from our academy and he’s one who is on that journey.

"His time at Gateshead has given him the experience of being part of a team pushing for and achieving promotion and it goes without saying that it will stand him in good stead to have had that experience.

"It’s up to him to take the opportunity now, but that’s the same for every player. I’m sure he’ll be keen to get back at the end of next month and get going again."