United boss Paul Simpson had cautioned almost every step of the way through the recent winning streak that a few bumps in the road might come our way and, having suffered defeat at the hands of Newport on Tuesday, he spoke about the need to now make sure that it doesn’t dent the confidence that had led to the team playing so well. 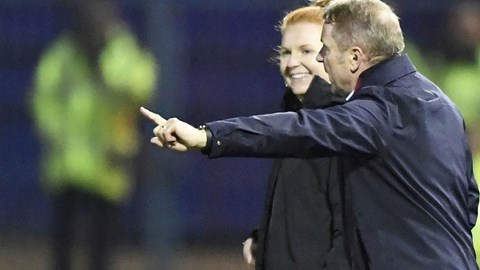 MANAGER: From there you've got a mountain to climb

“When I look at the first half I didn’t think we went about it in the right way, I thought we were a little bit too negative,” he told us. “It’s as if we were waiting for something to go against us to give us a little bit of a jolt.

“When you play against a good side they are going to do something against you. They hit us with the corner and the second goal was just horrible to concede. We were actually in a bit of an ascendency at that point, we were looking really positive.

“What we have to make sure is that we don’t let this derail us. We need to remember what we’ve been doing over the past few weeks, and what we did in the latter stages of this game, because I thought we finished really strong.”

“What I want to see after it is a positive reaction. I don’t want them to show the whole crowd and whole world that it was a mistake, just get back, recover and get on with it so you try and stop the threat.

“If we’d done that we would possibly have had a challenge to stop the cross or the strike from around about the penalty spot for that second goal.

“We’re learning, I’m learning about the players, they’re learning the game as they go along, and we have to accept that errors will occur. Just let’s get the reaction right after it.”

“You can’t let it affect your confidence, you’ve got to stay with it,” he insisted. “We went into this game as the form team, because nobody else in this league had won four on the trot. 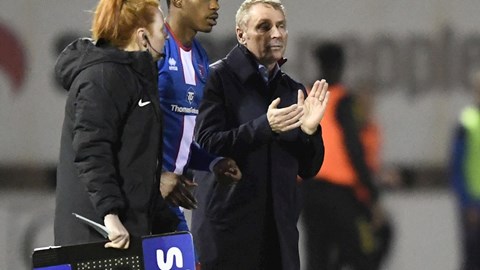 MANAGER: Some were planned, some weren't

“You can’t allow one hiccup to totally derail us. We’ve got to make sure we get it out of our system, get freshened up, ready to go again, and whoever is selected on Saturday afternoon has to realise this is a local derby.

“We’re up against a side who are scrapping for their lives, and we’ve got to make sure we do our own job properly, because if we do, it will just give us another little cushion away from them and take us a little bit closer to where we want to be.”

A real positive to come out of the midweek game was the way the players and crowd responded to setbacks, with everybody doing their bit to try to cause a spark as the second half ticked on.

“Nobody likes losing, it’s horrible,” the Carlisle boss said. “The supporters have turned up in great numbers again for a Tuesday night game, absolutely brilliant, which is what we’ve asked of them.

“I think they were a little bit nervous in the first half because they could see that we weren’t quite at it. But second half I thought they responded because the players gave them something to shout about.

“They can see the players are giving us a reaction. There’s been questions labelled at them that they weren’t bothered and they weren’t putting a shift in, but I don’t think anybody can doubt that, especially in the first four games.

“Maybe they could say in the first half we weren’t as positive as we’d like them to be, the second half they’ve had a right good go, they’ve rolled their sleeves up, done what we wanted them to do, and the fans were excellent after the players gave them a lift. 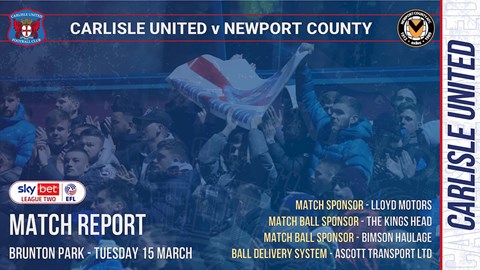 “I thought they were as nervous as the players were, which is understandable, it’s definitely not a criticism, that’s just the nature of football.

“We have to make sure come the weekend we have energy, desire, commitment and the work ethic we’ve shown, and the fans will respond in the same way as well.

“With a bit of luck we’ll give them a lot more to shout about, and they’ll be there again in their numbers, so we want them to go away happy.”

Having seen some of the other results in the division, he commented: “The table is no worse, and that’s all you can hope for. I think I saw Oldham lost and Scunthorpe lost.

“I suppose that’s another positive we can take because it doesn’t close the gap. The main thing is though, we still need more wins, we’ve got games left that we need to get back to winning ways, and what a great place to start this weekend in a local derby.

“It’s a perfect scenario. Unfortunately it’s the way the fixtures work, it’s not our doing, but the fixtures have thrown it out. But what a great game for us to look forward to.