A week ago last night new manager Paul Simpson put the phone down on the call that invited him to consider returning to Brunton Park for a second spell and, having agreed to do it, there’s simply no way he could have imagined that the last seven days would be anywhere near what they have been. 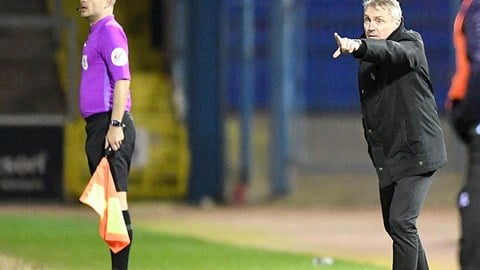 MANAGER: They were outstanding as a group

"After I agreed to come here I probably was visualising winning games, but I didn’t really know what I was coming into, if I’m being honest,” he said. “I’m really pleasantly surprised because if you do look at the league table you think they must be as low as a snake’s belly, but even before I came in, when Keith was manager, the players have gone about it themselves to try and create a spirit and a real feeling of togetherness.

“There’s a group of them trying to develop that, so they’re the ones who are doing this for us. It’s just our job, mine and the rest of the staff, to give them a little bit of structure and guidance to help them to be able to do it. They deserve the credit for what they’re doing at the moment.

“It’s been going the right way for two games so far, but sorry to be the bearer of doom and gloom again, there’s still 13 to go.

“We’ve given ourselves a lovely little lift and a start, but we’ve got to go to Oldham, do the same things even better, and we’ll give ourselves a right good chance if we do that.

“That’s the next one now, and we have to be the best group of professionals we can possibly be over the remaining 13 games. After that you get six or seven weeks to go and enjoy yourselves having had some level of success. 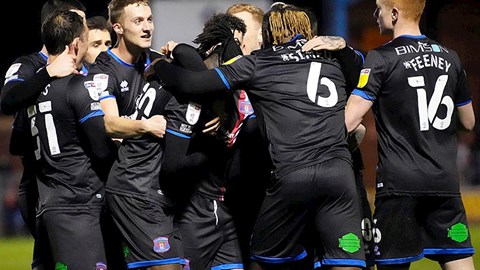 “At this moment in time staying in the football league is going to be success for us.”

Taking his place in the technical area was kept typically low-key, with an insistence that none of what the team is trying to achieve is about any individual.

“It isn’t about me, so keeping things calm is just something I’ve decided to do,” he told us. “I speak to the players 10 minutes before kick-off, only for a minute or so, and it’s their time after that.

“I always think that as a player you have to be in your own zone. The thing that really pleased me tonight before the game was that the noise in the dressing room was brilliant.

“It sounds a really stupid and petty thing to say but it’s not normal, not all football clubs have that. I’ve been in so many quiet dressing rooms, but it was as if there was a real focus from them, and that carried on from the focus they had at the weekend. 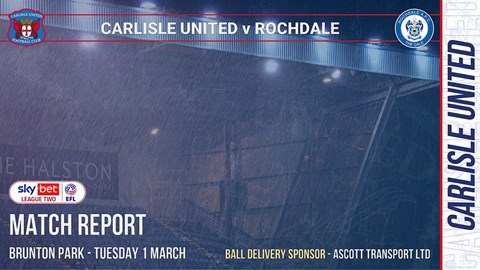 “We have 13 more games so it has to carry on even further. We have to be unbelievably focussed going into this weekend because we’re coming up against a side who are on a decent run of form.

“It isn’t a six-pointer, because you can only win three, but it gives us a chance to go three points away from them if we do it properly.”

“But being back in technical area, it was just the same as Saturday,” he added. “It was horrible through it, it’s not fun, and I just wish I could put my boots on.

“Unfortunately my knee is wrecked and I can’t, because you can influence it when you’re out on the grass.

“But it’s brilliant, I couldn’t have asked for any more. Six points, two clean sheets, and a group of players pulling in the right direction together.”

As for the fans, he told us: “I don’t think Carlisle fans need much of a rallying call, they’re coming out in their numbers and I believe we’ve got another good following at Oldham.

“If we want to make that Northampton home game a really top atmosphere we need to do it again on Saturday and build this momentum.”