Two of the division’s form teams come together at Brunton Park on Saturday afternoon and manager Paul Simpson agreed that it’s another one to look forward, with both teams hunting for the points for their own reasons. 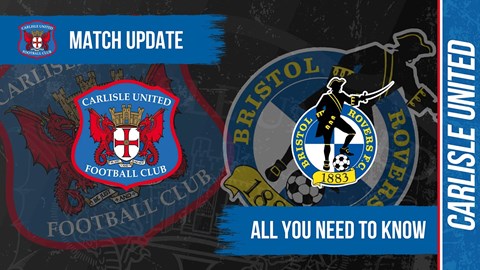 “When you’re playing one of the top teams in your league it should always be something to look forward to,” he said. “The lads have been really good this week as they prepare, there’s been a good intensity to everything we’ve done, and a definite focus.

“We’re coming into a game that we know is going to be tough, because they’re in a really strong position in the league. Joey Barton is doing a fantastic job, and let’s be fair, he had a really good career and he’s jumped into management and done really well.

“He’s got a good team spirit going at his club and we have to be fully aware of the threats they can pose. I know how he was as a player, and I’m sure he’ll have the same approach as a manager in that he will demand a lot from his players.

“They’ll be well prepared and ready to go, and they have a youthful coach in Andy Mangan and experience in Kevin Bond. They know what they’re doing and that’s why I know this will be a good game.

“I think it’ll be one of the toughest games we’ve had against a team that is the division’s form side. What we need to bear in mind is that we’re in decent form as well.

“We’ve got to make sure we touch on the things Bristol Rovers can do, but also remember that what happens on the day is 90% about us. What we want come full-time is that it’s our form that carries on, and we’ve put a dent in their run.” 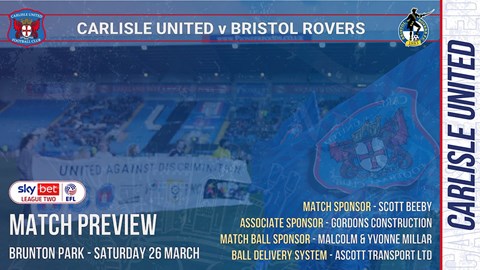 With the Pirates having suffered just one defeat in their last 11 outings they’ll be brimming with confidence as they look to edge their way into the automatic spots.

“Sometimes playing a team that’s found consistency makes the approach easier, because we expect to know what they’re going to do,” he commented. “They’ve done what they do so well that there’s no real reason for them to change it.

“They look to play football, they work it well from the back, and they do everything at a very high tempo. If it goes out of play they get it back in at speed, and that’s Joey’s personality. He’s full of enthusiasm and he wants the game to be going full pace as much as possible.

“His players are a reflection of that, there is some real talent in that squad, but again, and I don’t mind saying this, so have we. We’re enjoying our own good form and it’s a great game for us to test that.

On his opposite number in the away dugout, he said: “I’ve never come up against Joey Barton, so I’m really looking forward to our team going up against his team.

“His team will play to his style and our performance will tell us whether or not the league table is a reflection of what we are, or whether we maybe should be higher.

“If you look at his career, he had the ability as a player and he’s showing it as a manager. I find his interviews good value, he always comes out with something interesting. 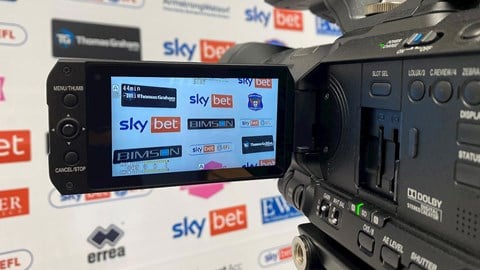 “Thankfully he won’t be on the pitch, and we’ve got to make sure our players come out on top in what will be a really tough game. I’ve got to say, it’s a game I’m really looking forward to watching.

“In the technical area I never get involved with fourth officials, or anything like that. I don’t think there’s much point. The fourth officials have a tough enough job as it is, I wouldn’t want to do it, and I sometimes ask the question why my boy Joe does it.

“If we do that, and we’ve been better than Bristol Rovers, then we won’t have to worry about what the league table says. They’ve been the better team over the season, the league table does tell us that, but this is about this game. On the day we want to come out on top.”

Having seen off Northampton, but stumbled against Newport, we wondered where this particular contest ranks in terms of opposition faced.

“It’s a strange one, potentially the toughest yet, but I think the best footballing team we’ve come up against was Rochdale, because they completely outplayed us,” he told us. “I’m expecting Tuesday night to be a tough game down at Rochdale, even though it will be difficult for them to play the same type of football, because I don’t think their pitch is as good as ours.

“But this, I think, will be our biggest test. I think they’re a good footballing side, a well organised side and they’ve got good individuals.

“It always comes down to the energy and determination we can bring to the mix. We’ve tried to keep training lively to make sure the players are going into the game with energy, because we’ll need to play the game at the right tempo.

“It’s all the same things that win you games - fight and battle harder than they do, use the ball when you have it, do everything you can to get it back when you don’t. If the players do that for us we can’t really ask any more of them.

“We’ll be tested because their two wide players are really effective, and they do everything at speed. We’ve got to be absolutely switched on and on our ‘A’ game this weekend otherwise we’ll be in for a really tough afternoon.”