Two goals in two games has been just reward for striker Kristian Dennis and the effort he’s put in for the team since being called up to the starting eleven by new manager Paul Simpson. 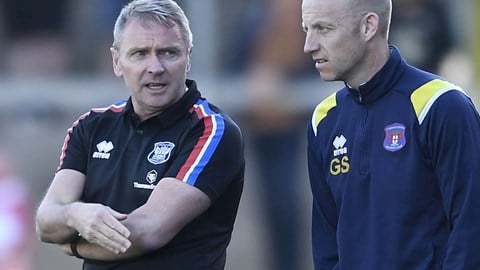 MANAGER: Really pleased for the fans

And the gaffer confirmed that the goals have come as no surprise, with the way the experienced front man conducts himself in training and on a match day.

“He scores goals, it’s as simple as that,” he said. “He does so many other things, but his work rate is fantastic.

“I’m thinking about the ball that gets boomed up, from our keeper, that he plucks out of the sky and kills it dead. He’s got some ability as well.

“He had the one which was called offside as well, and I haven’t seen it back but it looks really harsh,” he added. “I’d have been moaning even more if we hadn’t won the game.

“He likes to get on the end of things, and Omari caused problems, and we were actually wondering whether or not we should take him off because he looked tired. 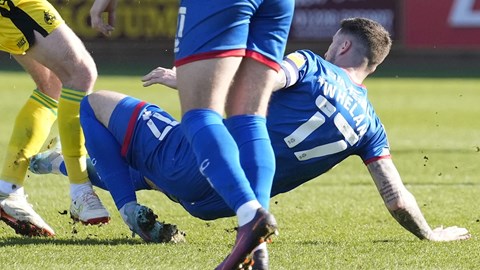 MANAGER: They'll all be raring to go

“Then he went into the corner and I don’t know what he did, but it was superb, a bit of magic, it was like pulling a rabbit out of a hat. He put the ball across and caused a bit of chaos, and then Kris did his thing.”

Having made it 18 from a possible 21, and opened up a 15-point gap to the relegation zone, we wondered if it was time to consider ourselves as being safe.

“We can certainly start to breathe, definitely,” he agreed. “It’s going to be a monumental effort from Oldham and Scunthorpe to collect 15 more points than us. But it is possible. They are capable of it.

“I’ve no idea how many games Oldham and Scunthorpe have won this season, it’s going to have to be a hell of a run, so we have given ourselves a chance. The one thing we have to do, we cannot just rest on this, go let’s have a cigar on and relax for the last eight.

“I said before, we have a responsibility to people who are paying good money to watch us, we’ve had a really good turnout again at home, I’m sure we’ll get a good following away at Rochdale on Tuesday.

“We have to go and perform properly, go and give them something to smile about and make the journey back up the M6 a good one on Tuesday.”