The United squad was back at the grindstone on Monday morning having been through a tough encounter in unusually warm conditions at the weekend, and assistant manager Gav Skelton confirmed that the players were raring to go, as predicted, as soon as they got back on the grass. 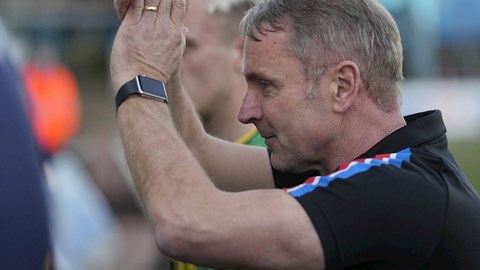 “They’ve all trained well today,” he told us. “We haven’t done loads, but everyone was on the grass training.

“The starters did less than the non-starters, obviously. But we wanted to see how they were, and they’re fine.

“There was a bit of cramp, and maybe it was a bit of nervousness in the game. Corey started getting it, but he’s not played loads of games.

“Jack Armer’s in and out and had a bit of an illness, he didn’t play the full game at Barrow, so maybe it was for different reasons. It was unusual but it’s one of those things.”

“Corey was fine and he should be raring to go tomorrow night,” he added. “And Danny Devine, credit to Danny, every time he’s come on, he’s been brilliant. Credit to him in that role.

“The manager calls subs the finishers - Danny is coming on and finishing the game off really well, with good composure and slotting in well. 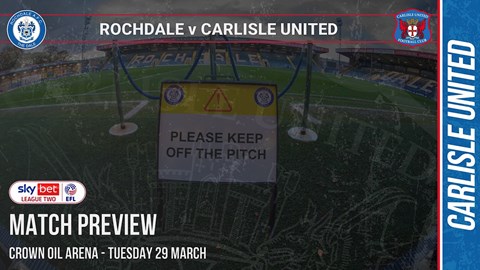 “Whoever the manager goes with, I know in midfield we’ve got a couple of injuries, but players are stepping up.

“There are players on the bench or not even in the squad who are chomping at the bit, which is pleasing.

“It’s all tied in with results, players know they have to play to their best to try and stay in that starting eleven.”

So was the Monday session tailored towards recovery with the midweek game in mind?

“No, we went at full throttle,” he commented. “Obviously we saw the players who got cramp, which was a bit surprising, but we trained quite intensely last week in preparation.

“They’d definitely feel a lot tireder if they hadn’t won. They were off yesterday, haven’t done much today in training, all been out on the grass, but not for long, so they’ll prepare and they should be fresh and raring to go.”

An obvious option with so many wanting to be involved is to make a few changes, should that be required.

“The manager discussed it and I’m sure he’ll make decisions he thinks are correct,” he said. “Things go through your head, but the team doesn’t need to be picked until 6.30pm tomorrow.

“We’ve got a good idea of what it’s going to be but we’ve got plenty of time to sit on it.”