A full 90 minutes against Livingston on Tuesday followed by a late appearance from the bench at Morecambe on Saturday was exactly what the doctor ordered for Jamie Devitt, who will now head into talks with manager Paul Simpson about his immediate future. 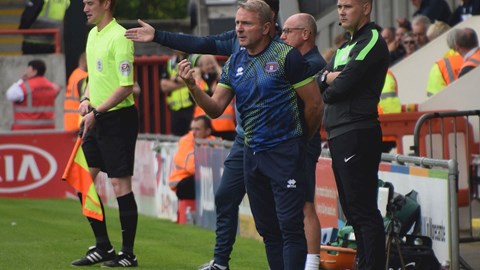 “We’re talking,” manager Paul Simpson confirmed. “There’s nothing I can tell you at the moment, but hopefully next week we’ll be able to say whether it’s a yes or a no.

“That’s why we’re having a conversation about where we all want to go and I would imagine there’ll be a decision to be made next week. I’ll let you know whenever that is.

“I’d like to think it’ll before the Crawley game. Once we’ve decided and he’s made his call of what he wants, if that’s what it comes to, we’ll let everybody know about it.”

And on other potential new faces, he added: “I would like to get more in, I really would, and the truth is that I want them in before the transfer window closes.

“I don’t think we’ve got enough outfield players to see us through until December. I definitely want more players in.

“We’ve been trying to get more in over this last week, and it hasn’t happened. We’ll keep looking at the areas we feel we need to strengthen, because I want to make us even better.

“As I’ve said many times I want us to try and get a group of players who can start for us, do the job, and if we can get two or three more, which I think will then give us 18 or 19 outfield players, I’ll be happier. 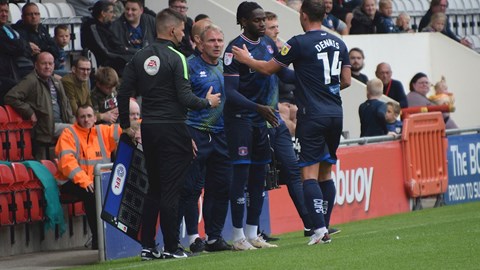 “I’m reluctant to call Jack Ellis a senior player, but at 18 he can be classed as that. We’ll keep working and I think we’ve got four people out at games this weekend looking as well. They’re looking at what else is out there and available for us.”

“The window closes on 1 September,” he continued. “We’ve still got plenty of time. In my ideal scenario I wanted the squad in place for the start of the season, that hasn’t happened as we stand here at the moment.

“I’d like to think more players will come in, it’s whether it’s before Crawley or before 1 September. I can assure everybody we’re doing everything we possibly can.

“As it stands at the moment we’ve got 15 or 16 outfield senior players, first-team players, and I don’t think that’s enough to get us through.

“I’m not being blocked in doing it, I’m not blaming anybody, it’s purely and simply the right ones at the right price to make sure we get maximum value of what we’ve got available.

“The that’s the beauty of me having Greg Abbott in with us. Greg does a hell of a lot of the spadework for me, and we get it to a certain point.

“We’re having a meeting on Tuesday afternoon to discuss some options and things that have been ticking away in the background. If the right players are available at the right price for us, we will do it, even if it’s Saturday morning. 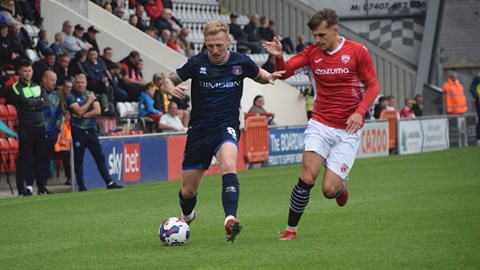 “But I won’t be distracted because my main focus this week is getting us ready to go into that game against Crawley and give our best version of ourselves that we can.”

As ever, the transfer market contains a variety of options, with permanents, loans and free agents all a possibility.

“My preference is permanent, because I want us to do the work with the players and have some future value to it,” he said. “That’s my biggest thing.

“The football club we are, we have to develop our own players to give ourselves the opportunity of selling them on and making money out of it.

“That really is the only way a football club like us can survive. I’ll do that. But if the right loans come up as well, I’ve still got a little bit of space.

“I don’t want to flood the whole group with loans. We’ve just got to wait and see what comes over the next week or two. 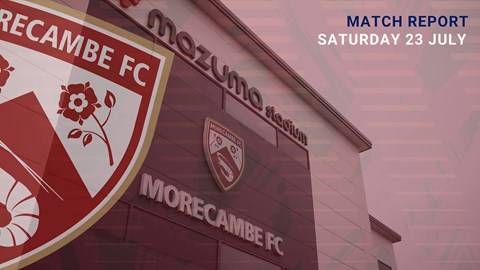 “Then there are players who’ve still not got a club, and I still find it so hard to believe that they’re not prepared to talk to us, or listen to what we have to say.

“I’m at a point now where if I’m interested in somebody that we’ve been talking to over the last six, seven or eight weeks, I want to sit down and look them in the eye and know they really want to come and play for us.

“I’m not going to be a retirement home, a last resort. I need to know these players want to come and be part of what we want to do at this football club.

“At the moment some of them won’t even come and talk to me, have this conversation. That’s one side of it.

“There’s also players who are at clubs and we are trying to bring into us and we just can’t get them over the line at the moment.

“We’ll keep working, and doing it all, and hope that we get the right players to come in and make us better. But they’re going to have to be good to be better than what we’ve got.”