It’s never a bad thing to have your strikers scoring, and both front men who started on Saturday did just that, with Ryan Edmondson and Kristian finding the back of the net in the 3-1 win over Bolton. 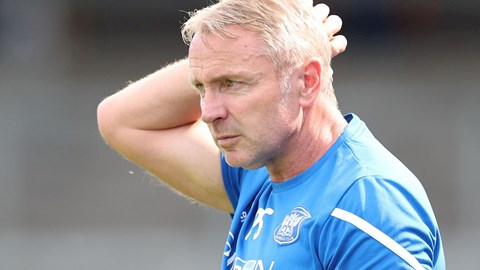 MANAGER: It's a challenge for them in a new environment

“You want your strikers to score,” manager Paul Simpson said. “I’m really pleased to see that Edmo is making good runs and that both him and Denno want to be in the box.

“To get three goals is something we didn’t manage last season, so that’s another real plus point. We’ve got a group of players that’s worked extremely hard, and they look fit.

“Credit to Jamie Roper for the work he’s done on the programme to get them to this point. We’ve got people like Taylor Charters and Omari Patrick still to come back in, and hopefully we’ll have a few more additions to the squad as well.

“I think I’m right in saying we’ve probably got 15 or 16 senior players in the group, and that isn’t enough for 46 league games and the cup games. We need to keep looking to strengthen and that’s what we’ll continue to do.”

And there was a collective sense early in the game, when Edmondson broke through, that Edmondson was set to score, almost from the moment Owen Moxon fed the ball on. 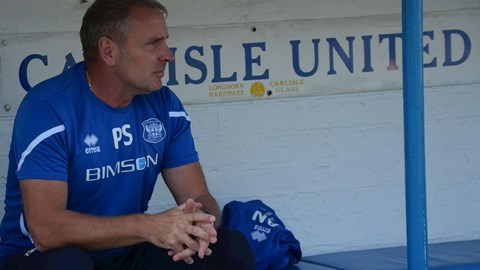 “Well I’m glad it was never in doubt for you because as the pessimist on the sidelines I’m thinking - oh please, please score,” he admitted. “He looked calm as anything and it was a brilliant run.

“It was a great slide ball through again, it was something we’d talked about that if they were going to hold a high line then we had to have runners in behind.

“You have to be patient to hold your run and Edmo did that. He put it away really well and that was nice to see.

“I think it’s fair to say Bolton probably dominated the ball up to that point, which we knew would happen, they’re a good team.

“We’d had information from their game at Watford and Stockport, so we knew what to expect. Their style of play has been quite consistent even though their teams have changed, and although it is pre-season we have to remember that was probably eight or nine of their starting team, if it was a league fixture.

“That was a real challenge for us and we’ve seen a lot of things, some of which I know we need to improve on. We have two weeks before the first game of the season and hopefully we’ll keep getting better.”

And on the third goal, prodded over the line by Kristian Dennis, he commented: “He’s a goal scorer. It comes naturally to him. You can’t actually teach players that.

“He’s in the right area, and Edmo is the same. We had another opportunity when Fin Back put a great ball in, and on another day one of those two gets a touch and we’ve got another goal.

“They’re going to get in there and if we can get the right deliveries, which I thought we did in the first half, particularly with Bren, then hopefully we’ll have people in the box to make them count.”