United boss Paul Simpson watched his side put in another good performance against Scottish Premier league side Livingston at Largs on Tuesday afternoon, with the 90 minutes proving to be a real test in often uncomfortably hot conditions. 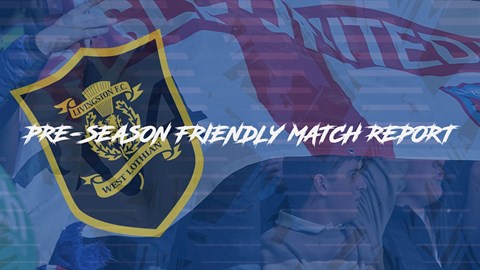 “It was a tough test, but that’s why we arranged it,” he said. “We knew it was going to be a tough game for us. The heat is a big test for us as well, but I thought for long periods we did a lot of good things.

“I’m obviously disappointed to lose, but it’s pre-season and Livingston are a good side. We’ve learned a lot of things and hopefully the players will learn a lot as well when we go through the review of it.”

The Blues started the game really well, creating a number of very good chances as they maintained a very high tempo

“There were a lot of good things early on,” he agreed. “It’s one of those where I think the water break killed us a little bit. We got a little bit sloppy and we gave them a bit of a lift.

“It’s really hard in pre-season because you can get lulled into that nicey, nicey football situation and it’s not real enough, and then it isn’t specific to what we’re going to face in League Two.

“We allowed the game to go away from ourselves and that did give them the lift they needed. It’s an extension of training, we wanted it to be that, and we’ve got lads who’ve played for 90 minutes and a big group who got 60 minutes. 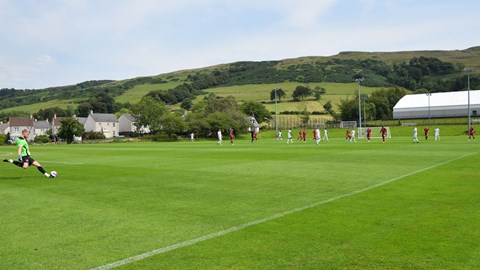 GALLERY: Images from the Livingston friendly

A slight removal of the foot from the gas opened the door to the Lions, who roared into action just before the break with a goal that ultimately decided the contest.

“We were punished, and everyone is telling me that it was offside, but I don’t really know,” he told us. “The linesman has probably made a mistake, but it’s not about that.

“We could feel it coming. When you’re on the sidelines you could see that we were playing in wrong areas and looking for extra passes when the grass was dry.

“I’m making loads of excuses here, but it’s what was actually happening. We’ve got to learn from it and make sure we keep doing the right things.

“Early in the game we had a real look forward and play forward approach, and that’s what we want to see. Hopefully we’ll learn when we see the mistakes that being positive is the important part of how we want to play.”

Game and result aside, the key factor of the day was more minutes into legs.

“It’s massive,” he said. “It’s the biggest part, to be honest. While we’re talking here the lads who only got 30 minutes are doing an extra football and running session.

“At the end of this they’ll all have covered the same distances and they’ll have done the right amount of high intensity running. 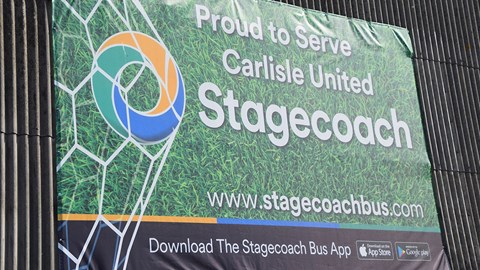 “That means they’ll all be at a good stage when they get back to training again tomorrow afternoon [Wednesday].

“Dev got through the 90 and he’s obviously shattered at the end. He twisted his ankle at one point, but he got on with it.

“We’ll just keep working away with him and we’ll have to make a decision at some point. I’m sure, when we do, we’ll be telling you about it.

“Morgs took that whack on his head early against Bolton and the doctor advised us that today was too early for him to play.

“He’s done a lot of work over the last couple of days , but with no contact at all.

“He did a little bit more this morning [Tuesday] and we’re expecting that he should be able to join training by the end of the week and be available for Saturday.

“Bren Dickenson took a dead leg and that’s still a bit sore. We’ll keep working with him, hopefully he’ll be available for the weekend.

“The good news with Omari is that he’s been back on the grass. He’s done some work before this game, so we’ll keep building him up and hope that he’ll be available come the first game of the season.”

With the game done, the rest of the week is about working together at what is a decent facility out on the Scottish Coast.

“It definitely is helping us to get to know each other,” the manager commented. “There’s a really good spirit amongst us, it’s a good facility.

“There’s nothing fancy about it but the surfaces are good and it gets us all away together to build on the work we’ve already done.

“Hopefully when we get back and we start training again next week, and building towards Crawley, they’ll all benefit from it.

“And the heat has added an extra edge. It helps me, I’m not sure it helps the players though!

“It’s tough conditions to have to train in and do the work that we’re doing, but we’re not tailoring the training because of it. It just means there’s more drinks breaks for them and we make sure they’re hydrated.

“I’d much rather we have these conditions and we can then push them in pre-season because we know we’re going to have some long months ahead where it’ll be cold and windy and wet. We have to enjoy it while we can.”

And we couldn’t leave without a quick question about the transfer window.

“Myself and Greg are always speaking to each other. We had a conversation last night, and today, and we’re trying to bring players in who are going to improve the squad.

“But there’s nothing to report at this moment int time.”