United continue their pre-season programme with a home game against Bolton on Saturday, and it’s a game manager Paul Simpson is looking forward to as he seeks to gauge where his team is in relation to an opposition from the division above which will be looking to push for a promotion slot in the coming campaign.

“It’s good to get a game at home,” he said. “Without being disrespectful to the places we’ve been, we’re now coming into our own place and I’m really looking forward to that, to seeing the fans come out.

“The forecast’s quite good, and I just want the players to go and put in a performance. I’ve talked all the time about the importance of the supporters and sticking with us, coming and giving us their backing, and I really hope tomorrow’s the start of it.

“I know we won’t get the same amount of numbers turning up as we would for our league game, but the more we can get in on a weekly basis for our home games the better it’s going to be in terms of us trying to strengthen the football club and getting it to be even better.”

“Obviously Bolton will be a different kind of test for us,” he continued. “They’re a club that’s looking to build itself up again and get themselves to the heady heights of what they were under Big Sam.

“It seems to be in a really good place at the moment. I’ve watched a couple of their pre-season games just to get an idea of what they’re about.

“They played Stockport early on, beat Watford at their training ground during the week, and they’re a real footballing side. 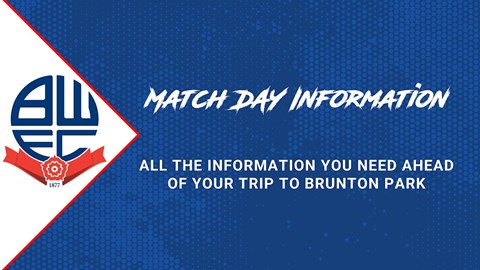 “They want to pop it around everywhere, and when they lose it they’ve got a really aggressive press as well. It's going to be a good challenge for us, and a good challenge as to how we cope with them playing.

“We’ll also see  how we’re able to cope technically when they’re pressing and have that intensity up against us. It’s something I’m really looking forward to.

“It’s what we do in training day-in, day-out. We’re now playing against what should be a better level of opposition than what we are, and that’s the type of test we need, to see where we are.”

“That’s why it was arranged because that’s what I wanted,” he told us. “I think it’ll be a good opportunity for us to take a good look at where we are, in terms of our training and shape, so it’s one I’m looking forward to.

“They’re a club with a good football history and they’ve had some tough times recently, and he’s assembled a good group of players. They have a style of football that’s consistent and it’ll be good to see how we do against all of that.”

Always interesting for the fans is seeing how the game is approached as they try to figure out who will get the nod for the opening league game.

“We’re getting closer to knowing who will start for Crawley, and I’m trying a few different things as we go along,” he confirmed. “We’re using different things in terms of shape, and the back five along with the keeper has been consistent in the way I want to play, but I want the front five to be quite fluid.

“I want them to be able to adapt depending on what the opposition are. I’m picking a team tomorrow that allows me to have a look at something else, and I’ll probably do the same again in our training game at Largs, then again for Morecambe the following week.

“I have a clear idea in my head of how I want us to set up, and it’s up to the players to put on the performance to show me and the rest of the staff that they’re the ones who should be in that side and in that particular shape.

“For the bench, I think I’ve got eight, so I’m not having 12 or 13 players this time. Some of the young boys who’ve been involved in the early games, they’ve gone and played in a youth team game at Middlesbrough today.

“We’re starting to get more focused and tuning in to proper games. It isn’t going to be nine subs made on 60 minutes or anything like that. 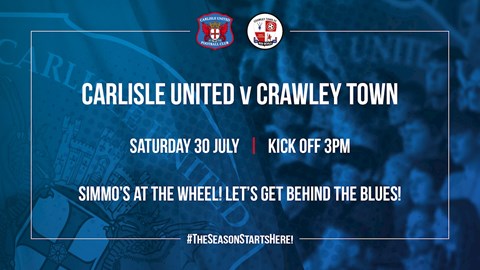 Turning out for the Wanderers will be two players with local connections in Kyle Dempsey and James Trafford.

“It’s two players with a bit of history in this area, but to be honest I don’t really care about what Bolton do or who they pick,” the manager said. “I’m only bothered about us.

“I want our payers to go out and put on a performance and show the supporters here that they want the shirt and they want to start the season.

“It’s a chance for every player to show what they’re about, and that’s all I’m bothered about. James is a player I was aware of in the England set-up, but he was never in one of my groups.

“He’s a really good goalkeeper, he had a great half season loan last season at Bolton where he’s certainly shown he’s capable of playing first-team football.

“If he plays, we’ve got to make sure we test him as much as he possibly can and hope he shows his goalkeeping qualities.”

Set to feature for the home team is second-year youth forward Nic Bollado, who has worked his way into the manager's thoughts.

"I think he’s shown a really good level of maturity over pre-season," he told us. "He seems to have a good football brain and he’s a really good finisher.

"He’s shown some great technical ability in finishing things off. And I just think when you’ve got somebody like that, everybody likes to see your own players coming through.

"He’s done really well so far and he’s just got to keep going. It’s been a big step up for him coming from youth team football. Last season I can’t even remember him training one session with us.

"So it’s been a big step up for him to come in and do the physical load he’s done, the pace of the training’s different to what he’s used to, but he’s held his own.

"He’s had a couple of sessions where it’s probably looked as if it’s a bit too much for him but he’s done really well in games, and he’s definitely put himself into my thinking in terms of a first-team squad player.

"Sam Fishburn has had a tough time because he’s missed the majority of pre-season with some swelling on his knee, we need to get him fit, which is why he went over to Middlesbrough with the youth team to get some minutes in their pre-season friendly.

"It’s a position we are looking to strengthen because I think every team wants as many forwards as they possibly can. With Tristan leaving, he was on a good salary, so it gives us the opportunity to use that salary in a different area of the pitch."