Desire to prevent an early goal brought defender Morgan Feeney into close contact with keeper Tomas Holy’s trailing knee on Saturday afternoon, as the keeper raced out to scoop up the ball when Jon Bodvarsson threatened to break through. 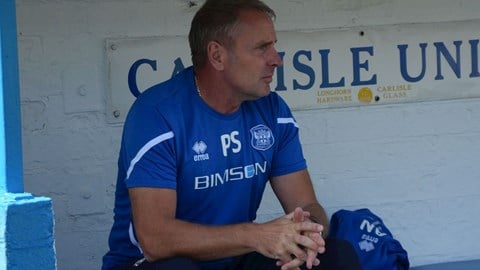 The United duo snuffed out the danger, but it was the defender’s cheek that felt the full force of the blow, leading to a spell of treatment and a subsequent precautionary substitution.

“Everybody knows what Morgs is like, he didn’t want to come off,” manager Paul Simpson said. “The doctor went on and he’d had a bang on the head, I think Tomas smashed him just on his eye as he came for the ball.

“He wasn’t knocked out or anything like that, so it was more a precaution. It’s pre-season, we’re not going to take any risks at this stage with anybody, and certainly not when there’s any risk of a bang on the head.

“As much as Morgan wanted to stay on I have to listen to Ross and our doctor, and they both said no, don’t take a chance, and I’ve got to listen to that.

“He’s as right as rain and when he was coming down the touchline he was saying to me that he wanted to stay on. The truth is we can’t take chances.

“He wasn’t knocked out, he was a little bit dazed, and we all know Morgan just heads a brick wall in the way he plays the game, and I’m quite sure he’ll be fine come Monday morning. I think it will probably be Tomas who will need to be icing his knee!” 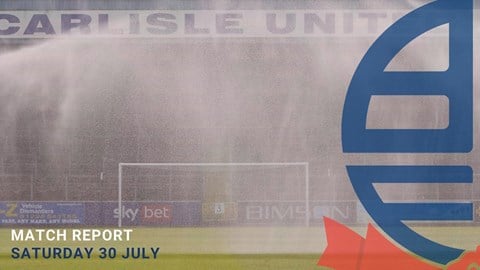 “I’ll be honest, I haven’t even asked our physio Ross at the end of the game how he was,” he continued. “I saw him at half time and he said he was fine, there wasn’t a problem at all.

“We’ll do whatever is needed in these situations, and there is a return to work protocol, but I think that only applies if there is a concussion.

“We’ll assess it and we certainly won’t be taking any chances. He’s daft enough without us taking chances with things like that. We’ll see how he is come Monday.”

The enforced sixth minute switch brought Corey Whelan into the fray, and his performance brought a thumbs up from the boss.

“Corey was excellent,” he told us. “I thought he marshalled everybody in front of him and he looked calm and composed. 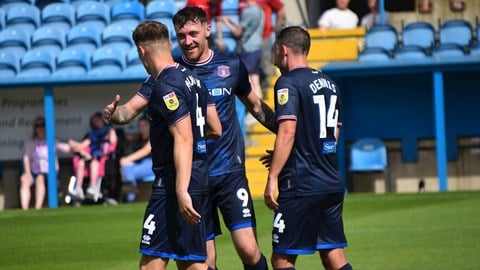 GALLERY: Images from the Bolton friendly

“I’ve got to say that I’m not surprised because he’s done really well through pre-season. It just shows the value of the way we’ve rotated the squad round and mixed it up.

“I’ve said all along that I want competition for places and I want lads who can start. I don’t even know how long was gone on the clock when he came on, but he’s had a good warm-up and he was ready to go.

“He slotted in really well and that’s what they have to do. The lads who came on as subs all came on and slotted in well as well, and that is really, really pleasing.

“It’s like Fin Back, he's had one training session with us on Friday morning and I thought he looked stronger as the time on the pitch went on. I’m really looking forward to seeing more from them all, to be honest.

“With Corey, he’s had a good pre-season. He’s been fit, kept himself in good shape, he just does things properly. It’s as simple as that.

“He hasn’t done himself any harm. In fact, looking back I’m not sure if anybody’s done themselves harm really. They’ve all gone and performed really well for us.”