United kicked off their pre-season campaign with the short away trip to Penrith on Friday night, and goals from Ryan Edmondson, Jordan Gibson, Nic Bollado and Kris Dennis (2) ensured that things got off to a winning start, albeit against initially stubborn opponents. 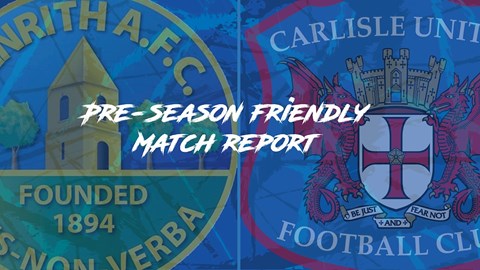 Assistant manager Gav Skelton spoke to us about the encounter shortly after full time.

“It was a really pleasing way to finish what’s been a tough but productive week,” he said. “We trained this morning [Friday], which was good, and it was a very productive work out for us on the night.

“Whenever we come down here we get a lot from it and they always make us feel welcome. The pitch is in really good condition and it was a good crowd, so it’s been a successful night all round.”

United’s squad was split between first and second half outings, with some good football on show throughout.

“There were some really good goals in the second half, which helped,” he commented. “In the first half we had a lot of control and possession, but we didn’t cause them enough problems with a penetrating pass or shot, even though we obviously worked hard to move the ball well.

“In the second half I think when Penrith scored it gave us a little bit of a shot in the arm, and we showed a bit of quality, which we had to do.

“I thought Penrith performed well at times but we did keep the ball well and we got a lot out of it. That’s not just tonight, it’s the whole day, because we trained in the morning and the lads have turned up probably feeling a little bit stiff.

“But they showed a good attitude to go out there and work hard, which is good. I think everyone says that training is great, but there’s nothing like a game. 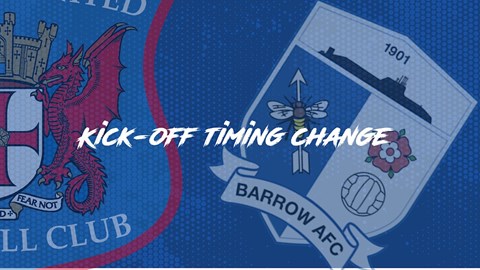 “It brings that bit of a competitive edge or adrenalin, or whatever, and I think at times we showed some really pleasing stuff going forward. There was a desire to get forward, which we’re looking for, and we want to see crosses and shots. That’s what you need to do if you want to cause teams problems.”

Opening the scoring on the night was new arrival Ryan Edmondson, who picked his spot after latching on to a through ball from Omari Patrick.

“It’s always nice to score, and strikers thrive on that,” he said. “He’ll have got a boost of confidence, you can see that his shoulders are up after the game.

“To be fair in training yesterday, we did a drill, unopposed but he was scoring goal after goal after goal, which makes a striker feel good, and he’ll feel good now. They live and die by that.

“We’re pleased that we got him and think he has a real chance. He has a good feel about him and he just needs to try and get a consistent run in a first team, and I’m sure we’ll have a really positive player here.

“Hopefully he feels how much we want him here. That can be important to a player, to really feel part of it.

“It’s only pre-season, a friendly, but a striker wants to score, be that in training games or friendlies. It gives him that confidence that he’ll want to have going on from here.

“All of the new lads have settled and that’s pleasing, but the lads who have been here for a while have done good things as well. When you win 5-1 after a tough week it’s always positive. There are some individuals who will come away feeling really pleased with how they performed.” 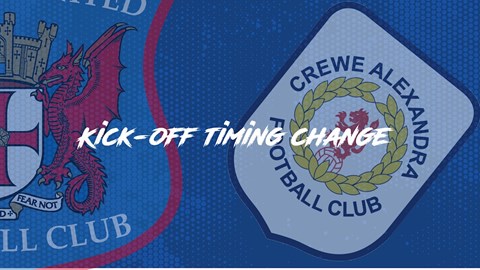 Missing on the night were Tristan Abrahams, Taylor Charters, Jamie Devitt, Sam Fishburn and Sonny Hilton, who were all looking after knocks and niggles from their first full week back at work.

“We’ve done a lot of work so we expect that,” he confirmed. “Sometimes it’s just a bit of stiffness or tightness, and they feel it every now and then.

“You want them involved in every session but you don’t want to push it for the sake of it through the extra ten minutes or so, and then find they’re out for four or six weeks.

“You want to be as fit as anything from pre-season but you want to come through with as many players as possible. They’re just precautionary and hopefully they’ll all be fine next week.

“It was the same with taking Owen [Moxon] off. That was just precautionary. There’s no point in taking any risks by leaving him on, and I’m sure he’s absolutely fine.”

“Everybody will be tired tonight, you can tell that,” he added. “They’ve had five consecutive days with a lot of leg and gym work, and there’s been double and triple sessions.

“You expect that in pre-season, and even if they don’t feel it at the moment they’ll start to feel the benefits in the second week, or in the days coming up. You need that, when you feel tired, to keep going and going, which they did tonight, which is pleasing.”

United had three trialists on show, with two outfield players in the first half and a keeper between the sticks after the break.

“They performed well and they all put in a good shift,” he told us. “That’ll now be discussed between myself, Greg and the manager and other staff.