The under-18 side returned from a short festive break in style on Saturday with thumping 5-0 home win over Walsall. 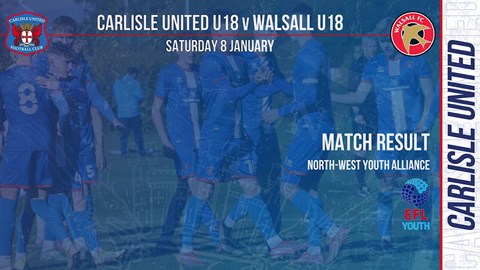 Youth boss Mark Birch said: “It took us a bit to get going in the first half but it was a good win. We had to work the game out, and we looked a little bit sluggish after having had a bit of time off, but once we settled we started to play really well.

“The victory was deserved, and the added bonus was the clean sheet. It’s something we talk about all the time, and it makes no difference if you score once or you get five.

“You’ve got to learn how to protect your nets because it can make the difference between a win and a draw, or even a defeat, if games are tight. Keeping Walsall out at the same time as taking our chances means we couldn’t have asked for any more from the team on the day.”

On the build-up to the game, he told us: “We had a feeling the lads were in a good place because they trained well all week.

“Everything was done at a good tempo and they hit the ground running from day one. We could see that they were looking forward to playing again and they wanted to make sure they got back into it with a win. 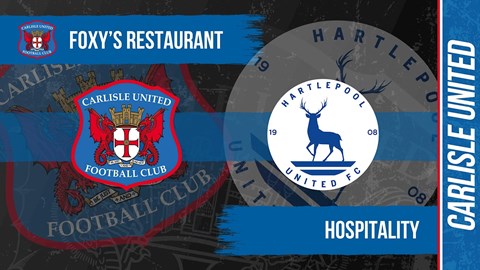 “The goals were all well taken, so that made the mood even better, and we were all pleased for Mason Hardy. He’s done very well this season and he probably hasn’t had the recognition because Nic Bollado has been scoring so regularly.

“We challenged Mason to try to get us 10 goals between now and the last game, and his answer to that was to get three of them in one game. That’s great to see and we hope he’ll now push on and build on it.

“As a team we were clinical and ruthless. One criticism we’ve had has been the number of chances we created through the first half of the campaign that weren’t converted.

“Fitness wise we looked sharp in the second half, and we were well on top, so it’s good to see the players turn that into chances taken.

“We have a couple of tough away games against Bolton and Blackpool coming up, and we know that Bolton have been on a good run since we last played them. They’ve started climbing up the table, and Blackpool are always involved, so both games are good tests we can look forward to.”