United’s Supporter Liaison Officer (SLO) Simon Clarkson is now halfway through his first season in the role so we caught up with him this week to find out more about the job at hand.

“The main part of the SLO role is to be an enabler, so that fans can contact the club, receive answers to questions and communicate any requests or concerns regarding supporter issues,” he explained. “I have a good relationship with club staff, including the chief executive, which is important in making the most of the role.

“The laptop and phone provided by the club enables communication with fans, and I have full access to the club’s office facilities.

“All issues raised are recorded and tracked, so I can give regular updates to fans. I also attend the CUSG meetings where I can listen to fellow fans from the groups and raise issues.”

“The new food zone outside the west stand has gone down well with fans, with the SLO team being eyes and ears to give instant feedback from fans on the day,” he added. “The bars have been busier with the increased use of contactless payment reducing queueing times, which is a real positive.

“There has been a steady up take in the use of the catering click and collect app. We will get a valuable insight into how fans see these developments with a fan catering survey to be launched later this month that can be compared to the responses we received during pre-season.” 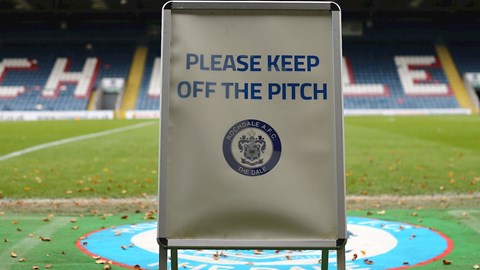 And on the enhanced presence on social media, he told us: “I cover the social channels along with Keith Elliott, who acts as our away-day SLO.

“We aim to highlight valuable information buried in the detail of communications from others, which needs to be emphasised for fans.

“Whether that be catering options, car parking, road closures or ticket information, we have found that short simple messages go down well.

“Gathering feedback is key and, so far, it has been positive with a significant increase in followers and interactions.”

“The trip to Forest Green Rovers (FGR) last weekend was a case in point,” he continued. “We circulated key information on social media about a lack of coach parking, a very steep hill to walk up, no access for away fans into the only bar at the ground, and no programmes being produced.

“It is well known about vegan only options, but that was still a key message to share. Unfortunately, some of our fans were caught unaware about some of the important information, so we need to learn from that.

“I have passed on the concerns raised by our supporters to FGR.”

“Visibility at home games is key to being approachable to fans and the SLO team are on the lookout for new members to act as a ‘meeters and greeters’ around Brunton Park,” he concluded.

“As a volunteer you will be rewarded with a complementary match ticket. Please do get in touch if you feel you would like to become part of our team.”

The SLO can be contacted at slo@carlisleunited.co.uk or via Twitter on @CUFC_SLO.

If you have any ideas or suggestions to help to improve the service given by the SLO team, please do get in touch. 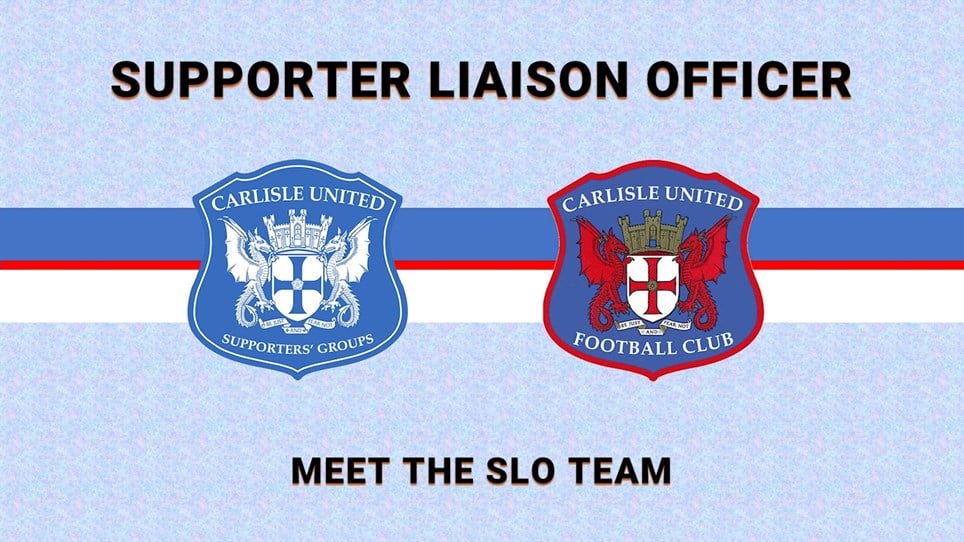 SLO: Meet the team ahead of the new season


As announced last week, the Supporter Liaison Officer role has been restructured, with the Carlisle United Supporters’ Groups looking to bring a much more ‘hands on’ approach as we head into the new... 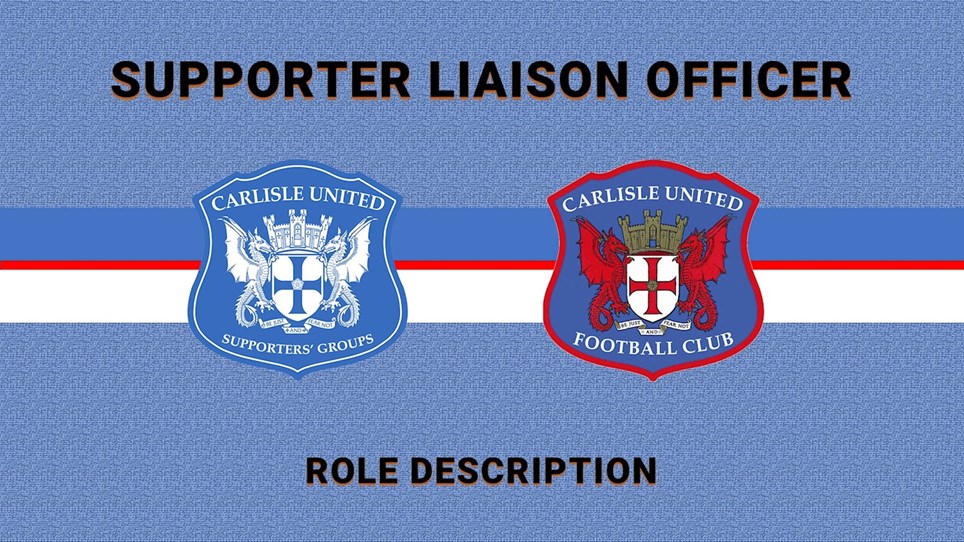 SLO: Description of the role


With CUSG in charge of all aspects of the SLO role it means the process is being completely controlled and managed by fans. 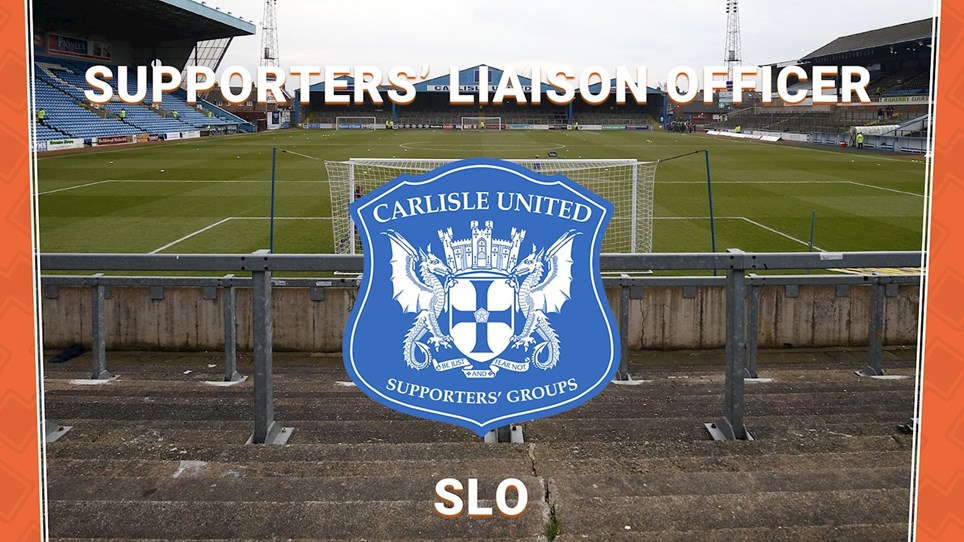