With United having dominated much of the game at the Envirovent Stadium on Tuesday night, manager Keith Millen spoke again about the need to add competition for places to the group during this current transfer window. 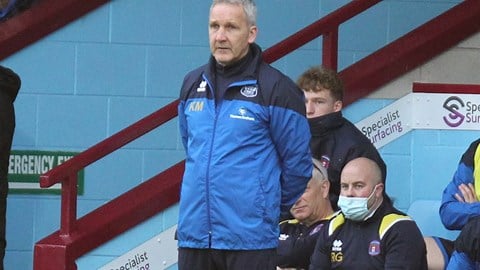 “When you play well, create chances and lose it does highlight the need to strengthen and add bodies that can help,” he said. “I want to be able to have two front men on the pitch and maybe two on the bench, and change them over if I need to after 60 minutes.

“I’d love to have that option, so it’s just about helping us to be more effective. We need to get used to making better decisions, at times, because I think we do rush things and we try to score that worldy goal, when maybe another pass might open things up and make an easier chance.

“I can’t fault the lads for effort, they’ve really worked hard again, and we are all disappointed that we’re out of the competition.

“Hopefully it’s a little bit of a lesson that we can compete, we can be strong, we can be organised, and we can also play.

“I really want us to get better on the ball, and we’ve got 24 games left to go and I’m going to keep driving them towards that. I’m not criticising them, I just need to make us better.” 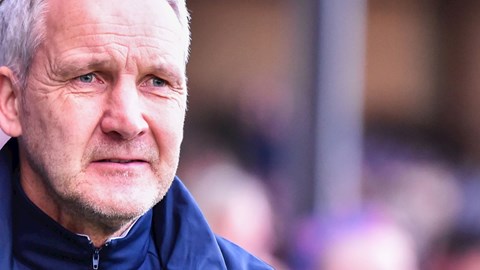 “We’re working hard at getting new players in to help with that,” he added. “But every day when you think you’ve got over a line something else happens, so it is a little bit frustrating.

“We’re working really hard and I’m hopeful that we can get a couple more in. We’ve had a number of our targets where we’ve been told we might have to wait until the end of January, which I don’t really want to do.

“Clubs are quite rightly hoarding their players a little bit because of the numbers. That’s had an impact on it. We’re still working really hard and we’re really hopeful of getting some more into the building.

“I know I said that if I was a betting man we’d have a couple more by the weekend, but I probably wouldn’t put as much money on as I would a couple of days ago.

“Every day, every hour, every phone call you get, it’s sometimes positive or not so good. The trouble is a lot of clubs are looking for the same sorts of players, and there’s no secrets in the game, so if one player does become available, generally most clubs know about it. 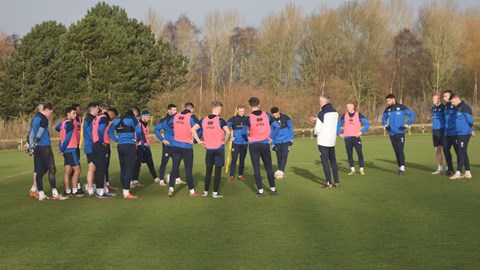 “You’re competing with other clubs, and that’s where we are. We obviously want to score more goals and I don’t necessarily think it’s an older head we need.

“I think it’s someone that’s got a clear head that maybe hasn’t got the burden of our frontmen at the moment, maybe someone coming in whether it’s a creative player, or a finisher that hasn’t got the pressure necessarily of what the current players have, because of the season we’ve had so far.

“Sometimes you get more calmness with experience, but not always. What we saw again against Harrogate is that we had enough possession, enough balls in dangerous areas.

“We’re snatching at things at times, we just need that bit of composure and that final little touch. We need to clear our heads because we’re anxious to score goals, and that’s natural with the way things have gone for us in that area of the pitch.”