United boss Keith Millen confirmed that midfielder Brandon Comley has left the club following a spell of training with the first team, which drew to a close this week.

“He’s been training with us for about three weeks, something like that, and it’s been difficult for him and me because we haven’t had a game he could play in,” he explained. “We had a practice game on Tuesday and that was the first time I’d really seen him, apart from his video clips.

“I would have been happy for him to carry on training a little bit longer, but as a player he needs to get himself sorted.

“It wouldn’t have been right to keep him here, that would have been selfish, so I made the decision on Tuesday that we wouldn’t be keeping him.

“He’s a good player, he did well, but I wasn’t sure that he’d add as much to the team as I want. We’ve got good competition for places in there and when I’m not sure about something, I won’t do it.

“That’s why I told him this week and hopefully he can go somewhere and get sorted. I could have easily said carry on for another week or two, but I thought it wasn’t fair on the player, for me to say let’s leave it another week.

“I’m thinking what more do I need to see from him that’s going to change my mind. He was good to have around the place, a good player, he’s got more fitness into him, so wherever he goes they’ll be getting someone who’s fitter, and hopefully we’ve helped him in that respect.

“I couldn’t guarantee him a place in the team, and the next one or two I bring in I think need to be something a little bit different, because I think we’re in a good place now, and we don’t just need more bodies.”

And the game on Tuesday was an opportunity for Lewi Alessandra and Zach Clough to get important pitch time under their belts.

“They both played 60-odd minutes,” he confirmed. “They’ve come back from injury, they’re good, but not quite fully-fit yet. 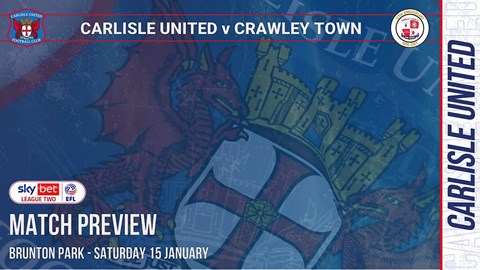 “Medically they’re fine, which is the main thing. They’ve only really trained three or four sessions so far, and they’ve been out six or seven weeks, so they’re not up to speed yet.

“I would say they’re probably fit enough to play some part in the game. I’m fortunate we’ve got almost a fully-fit squad now, the numbers are big.

“People are competing to get on the bench, which is good in a way, but it’s something we’re going to look at. Certainly the younger players, getting some of them out on loan.

“If they’re not getting on the bench on Saturday it’s very difficult for players not to even be involved. It’s something we’ve got to look at in the next week or so.”

“The lads who’ve had Covid, some of them have had a bit of after-effect,” he told us. “Sometimes you’re not quite sure, it was good to get them going a bit more.

“It was a game we needed. We had 14 pros playing in it, and they all needed game time. Also it gave me a chance to see some of the younger lads that I haven’t seen much of.

“That was good, to try and pick up on some of the younger ones coming through.”