Midfielder Taylor Charters was straight into the starting 11 as he kicked off his loan spell at Gateshead by playing his part in a 2-0 away win at Hereford on Saturday afternoon. 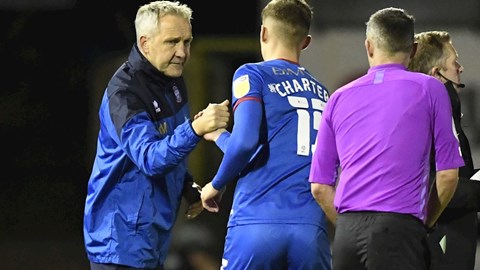 The 20-year-old has joined the promotion chasing outfit for a month-long spell, and had a solid 71 minutes having made the journey to meet up with his new team mates on Friday afternoon.

“I’m really pleased with that one because it’s a good standard,” Keith Millen told us. “Taylor’s doing well, hopefully he can go there and be one of the best players, and develop by playing every week.

“It’s for a month to start with, and then we’ll judge it after that. He was desperate just to play games, hopefully it’s a good move for him.”

“As I said the other day, we’ll definitely look to get some of the other young players out as well,” he continued. “It’s something we had a meeting about this week.

“The younger players need to go out and play men’s football. We’re going to try and do some more business in that respect this week.” 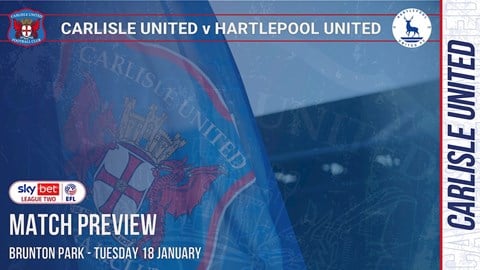 As for the Blues, next for them is the Tuesday night home game against Hartlepool.

“We’ll have a few tired legs, but I think they’ll feel better tonight and tomorrow having got a draw,” he commented. “If you lose a game it knocks you a bit, but the fact we’ve come away with a draw, there’ll be a feel good factor about us on Monday.

“From there we have to focus. I’ll have a look at who we think should play, and I’ve got a few options on the bench, which is good.

“They’re another team near us but I don’t think it really matters. It doesn’t bother me who we’re playing as far as where they are in the league.

“Bradford played really well, and I think they’re a big, strong club with a good team, and we were by far the better side against them.

“It doesn’t worry me where they are in the league, every team has its strengths and weaknesses, and we’ve just got to make sure are at our best.”