Norwich forward Tyrese Omotoye got to watch his new teammates in action at Harrogate on Tuesday night, then it was straight up to Cumbria to blow the ink dry on his loan deal contract that keeps him at Brunton Park until the end of the current season.

Having previously enjoyed loan spells with Swindon and Leyton Orient, he comes to the Blues looking to lay down a marker at what is a crucial stage of the campaign.

“I’m looking forward to this opportunity,” he told us. “I’ve heard a lot of good things about the club and having watched the game at Harrogate I can’t wait to get started.

“When you know the manager wants you it’s a no-brainer. I also know Tristan [Abrahams] from when he was at Norwich, which also helps, and I spoke to Brad [Young] about his time here as well. I’m just buzzing to get started.”

“The manager has spoken to me about how I can fit into the team,” he added. “I’m still quite young so I’m always learning, and I feel like this is a challenge I need at this stage of my career.

“The staff at Norwich have just told me to come here and do what I do best. They know what I’m capable of as a player and it’s just about being able to do it week in, week out.

“I feel like I’m at a good age to put my marker down here.”

As for what he brings as a player, he commented: “I love scoring goals and that’s what I hope to do here for the remainder of the season.

“I bring pace, power and I like to get on the end of and create chances. The manager has explained how he does things and I think that’s going to fit for me.

“He’s very clear on where he wants the team to go, and I want to be part of it.”

He started his career as a youngster on the non-league circuit, but jumped at the opportunity to marry up with the Carrow Road outfit when they came knocking on the door.

“I was very young when I signed for Norwich, but I felt like it was the best place for me to go and develop my game,” he explained. “I’ve been there for six years now and I feel like I’ve developed a lot, so it was definitely the right decision for me to do that. 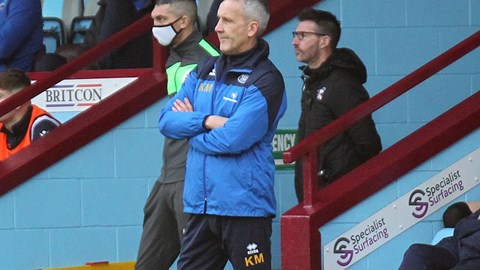 “I’ve scored goals at every age group so when I was scoring for the U23s it just felt like I was doing what was coming naturally to me, to be honest.

“The next step was obviously loan deals into senior football, and that’s been challenging so far, but I feel this is the time for me to change that.

“I’m not one to stay in my comfort zone so when the conversations about my first loan move first started it was something I really wanted to do. I wanted to see what I could do in men’s football.

“I’ve had those loans with Swindon and Orient and I would say I’ve developed quite a bit as a player, but even more as a person.

“I’ve learned a lot about myself over the last year which will only help me for the rest of my career.”

His time in London with the O’s needed patience, as he waited for an opportunity, but he confirmed that it was a valuable experience as he worked hard to maintain the focus.

“I feel like you probably learn more when things aren’t going your way,” he told us. “The loans probably haven’t gone as well as I hoped in terms of appearances, but I’m very grateful for everything that has happened and I just want to kick on here with Carlisle now.

“I’ve had a lot of changes over the last couple of years so I feel like I’m quite used to going into a new environment and meeting a new set of players.

“I’m looking forward to the game on Saturday already and I just can’t wait to get started.”

Click HERE to watch an interview with Tyrese Omotoye on iFollow United now.