United boss Keith Millen spoke to us shortly after full-time on Saturday about the disappointing home performance against Swindon. 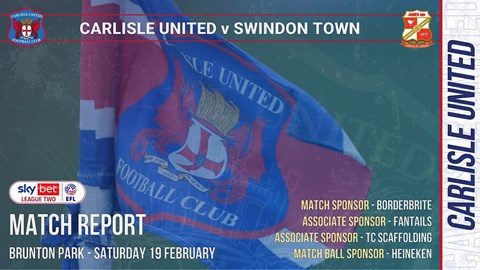 “You obviously can’t take the three goals out of it, because of the impact they have, but until the first goal there wasn’t much in it, in my opinion.

“We looked ok and it was two teams who were competing. I wanted us to be a little bit more aggressive, but you can understand being a little bit tentative because there’s a lack of confidence.

“It looked like a hand ball from the long pass for their first goal, and within two passes the ball was in the back of the net. When you’re on the run we’re on, that has a massive impact on the confidence and belief of the team.”

“At half-time I felt like there was nothing in the game, we had opportunities in dangerous areas without really looking like scoring, but we got into good areas,” he continued. “Omari looked dangerous down the left at times, so I was disappointed to be 1-0 down, but I didn’t think we deserved to be.

“When you look at the two goals they scored in the second half, they didn’t have to do much to cut through us. They’re just too easy. You can talk about everything else, but there’s a lot of work to do.

“The first goal is a good bit of quality, but the other two goals come from poor defending individually and as a team. It’s my responsibility as a manager and I’ve got to sort this out.

“I’ve got to try and think of a way to set the team up to make it hard to beat. It’s more the mentality. They kept going, the heads dropped, which happens when a team scores two quick goals against you because you know the game is over, which makes it difficult.

“They kept trying, but it’s obvious what we need to do, and it’s not as easy to put it right as it is to say it. We’ve conceded far too many goals in this run.” 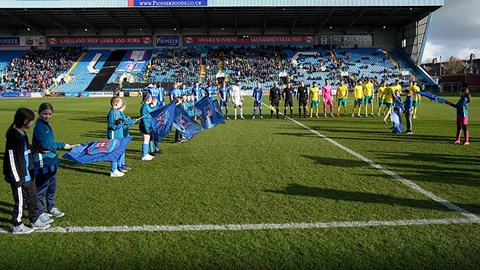 On how to get back to winning ways and bring a halt to the current spell of negative results, he commented: “When we had the good run it was because we kept clean sheets. We kept clean sheets with a back four, the personnel have changed a lot, which doesn’t help and we’ve got young defenders who are learning the game, which is difficult when you’re on a bad run.

“The good run was based on clean sheets, I think we conceded two goals in six games, and now we’re conceding two or three a game, which means we’re heading for trouble. When you’re in a relegation fight, the basics are you keep a clean sheet.

“It’s not just about ability or because you’re young or new to the club, it’s a mindset. It’s really putting your body on the line and it’s about how much it hurts when someone beats you, or when someone scores against you.

With a reaction from the team needed, we asked if the dressing room was ready to stand up to the fight ahead.

“They have to be because that’s what we’ve got,” he replied. “We’ve picked up injuries to three key defenders, but every team has injuries.

“We’ve brought players in and they’ve got to step up. They’ve got to learn very quickly and show that desire. I’ll help them with my coaching in terms of the organisation and the set-up of the team but when you’re out on the grass it’s got to really matter. 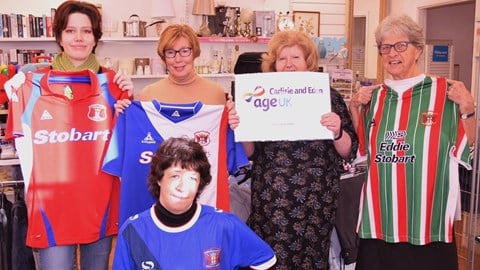 “It’s difficult, and I’m trying everything I can to give them confidence and encourage them. You can’t have a blame culture around the club, but there has to be an ownership to it because it’s not acceptable.

“Players have said things in the dressing room, but it’s about actions, not words. Somehow we’ve got to find that siege mentality and say that in our next game we are not going to concede a goal.”

“They need to turn what they’re saying into actions because if you aren’t honest and you can’t look at yourself then you shouldn’t be playing football,” he added. “No one means to make mistakes or get beat, but it’s an education, certainly for the younger ones.

“The reality is that we’re in a fight. I’ve had times in my career where I’ve been in a relegation fight, and you learn to toughen up, if there aren’t enough of them in there that are going to do that then you’re in trouble.

“My job is to try and make sure there is enough in there. I’m not faulting their effort, they are trying, but we are too easy to score against. It’s my job to put that right.”

With the Blues having dropped into the bottom two, he said: “The table will take care of itself, I don’t talk about the league table, I talk about the performance.

“We’ve got to get that mentality back and that belief. Until the first goal, there was nothing in it, we looked quite positive. We were trying to be aggressive, but we know we’re not physical at times, which we need to get better at.

“I could see them trying to be competitive, but as soon as the first goal went in you can see the confidence sap away a little bit. After the next two, it was game over.”

“I have to look at them in the face on Monday and tell them it isn’t good enough, and make sure we put it right,” he told us. “We’ve got to work hard on the training pitch, whether they get angry or nasty with each other, but they’re not that type of group, they’re a nice group.

“They realise we’re on a bad run, it’s obvious we are. We have to work really hard, and if we need to get angry and realise we’ve got to fight for our lives on Saturday, then that’s what we’ve got to do.

“I totally understand the frustrations of the fans, they’re entitled to voice their opinion because they pay their money and support their club. There are no problems with that, and it’s our own fault that they’re not happy.

“We have to stand up and put it right, we can’t hide away from it. I didn’t feel like we did today, but the goals change the game. If we scored the first goal we would have had something to hold on to, but we can’t get that at the moment.”

Also difficult during a poor run is the selection of a settled side, with confidence and form inconsistent.

“It’s difficult to get that at the moment, you have to be careful because you’re always trying to find an answer,” he explained. “If you keep chopping and changing you lose any sort of direction or understanding.

“You have to be careful you don’t keep changing every week trying to come up with an answer. I’ve got to think of a way to get this team to defend better. I don’t think the formation is the problem, it’s the mindset that has to change.

“I do live and breathe this, it’s constantly on your mind. I’ve had tough times in my career, but I’ve always fought. It’s hard when you can’t go out and actually fight yourself, but I’ve never shied away from a fight, I know I’m ready for it.

“I’ve got to make sure this group are going to come with me. I live and breathe football, I spend every day trying to come up with solutions. I’m not going to say it’s a reality check, because this is a bad run, but the reality is we’ve got to stop conceding goals.

“We have to dig deep. The starting block is a clean sheet. If you come away from Orient with a 0-0 then at least you look like a team who are ready for a fight. If you keep conceding two or three goals you’ve got no chance.”