The Blues face Port Vale tomorrow night with both teams having lost their respective away games (the Valiants were due to play Salford) to waterlogged pitches at the weekend. 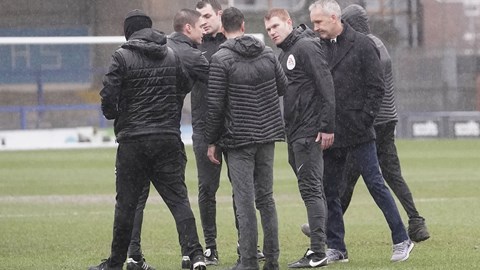 MANAGER: You could see it filling up again

“Port Vale had their game called off as well so maybe in that respect us not playing ours is another plus for us,” United boss Keith Millen commented.

“If we had played at Rochdale they’d have been fresher, because we’d have had 90 minutes in our legs with them getting a weekend off, so that helps.

“What we do now is concentrate on Tuesday because that’s a different game, and we’ll look at the tactics we use to try to win that.”

Saturday’s postponement meant that the team sheet remained under wraps, with selection for the midweek home fixture now the priority. 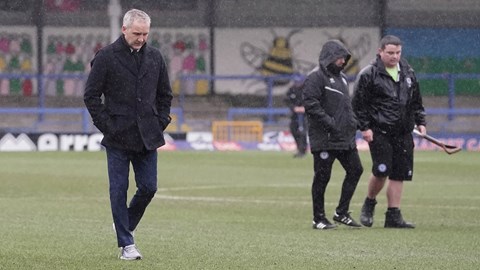 “There were some changes, some enforced by the injuries, which we know about, and there was an opportunity to freshen things up,” he explained. “Now we need to look at Port Vale, and we’ll decide what we do with the selection for that.

“Every opponent is different, and we’ll look at how and how we think we will best be able to cause them problems. That will dictate who we go with.”

The loss of the game at Rochdale means it now needs to be slotted in, with the Dale already facing a three-game backlog.

“We were in a busy chunk now, but this means we’ve had a seven-day break from our last game,” he told us. “That hopefully will be a good thing.

“We knew there would be a bit of a backlog of fixtures and we just have to look and see where we can fit this one in.”