United boss Keith Millen spoke to us moments after the January transfer window had closed to discuss what had been a very busy final day. 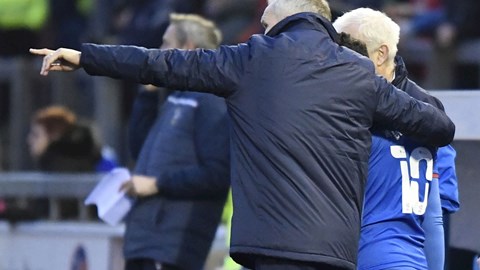 On the departure of forward Zach Clough, he said: “I was surprised. He came and explained to me the contact that he’d had overseas in Australia, which was a shock to me.

“I was happy for him to stay and we’d spoken about getting him fitter and being a part of the team, fighting for his place.

“I think he felt this was just too good an opportunity and he asked, not so much for my permission, but what I thought about it. I could tell he wanted to do it and I don’t want to stand in anyone’s way.

“It looks like a great opportunity that he wants to explore, and I wish him well. Unfortunately I didn’t get a lot of time to work with him.”

“We did speak about League Two, and I think he found it tough,” he continued. “It’s different to what he’s been used to and he is without doubt a quality and very skilful player.

“There are those types of player in League Two and I do think you have to maybe try to adapt to it a little bit. He felt this move would take him somewhere on a different adventure, really, and I think that’s what he’s looking forward to.” 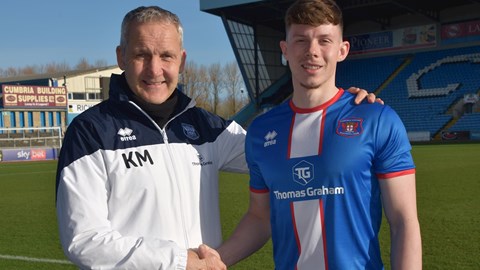 Coming in the other way, defender Mitchell Roberts was the first to be announced when he joined on-loan from Birmingham.

“He’s another one we knew about,” he confirmed. “We were short of defenders, and when Kelvin [Mellor] got injured Joel Senior was obviously here, and we felt Joel could cover left-back.

“Now we’re short at right-back as well and when it was confirmed that Kelvin’s injury was long-term, we knew we were short. People forget, and I forget, that Jack Armer is only 20 because he’s done brilliant, I’ve been really pleased with him.

“He continues to progress and improve, but we are short on the left side of defence, without a doubt. That was always a concern, and when Jack hasn’t played, which has only been a couple of times, it left us scratching around trying to fill that spot.

“That’s not good, so it’s great to have Mitchell here. He’s played mainly as a left-back, but he can play as a left-sided defender. He’s really ambitious, he wants to develop and he’s a terrific athlete.

“If you like you could say that he’s a modern full-back and I’m looking forward to working with him. He’s been with Harrogate last season, so he knows the level and he knows what it means to be in a dressing room.

“I think that does help. He was unlucky when he first went there that he picked up an injury but he got himself fit and finished the season with them. He’s been close with Birmingham’s first-team, so that shows the ability the lad’s got.

“He hasn’t had enough game time and when they said he was allowed to come out we were quick to react.” 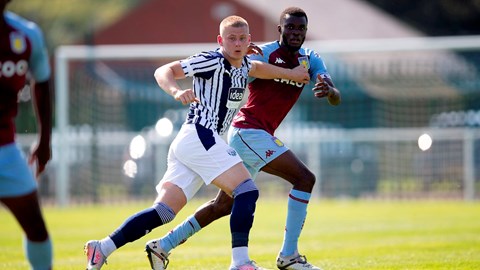 LOAN: Striker joins from the Baggies

At the other end of the pitch another young, hungry player was recruited, with striker Owen Windsor heading north from West Brom.

“He was one the staff here knew about from when he was at Grimsby last year,” he explained. “I think he stood out when he played against us.

“As soon as his name came up they remembered him, so we did some homework on him and I love his aggression that he brings to his game.

“He can play a couple of positions, in the wide areas coming inside, and he can play up front. He’s certainly one that wants to get in goalscoring areas so he’s definitely a good option for us.” Adding more experience to the forward-thinking aspects of our play is Jamie Devitt, a player well known to United fans.

“I know he’s something a little bit different to what we’ve got, and obviously the fans will know him better than me,” he told us. “You look at his record of assists, set-pieces and his passing range, and you see what he is.

“He was desperate to come back here, he had a good time when he was here, and sometimes when it’s like that at a club for a player they’re comfortable and they want to get back there.

“That was very much the case with Jamie. He’s had a few injury problems, so we’ll get him fit and try to keep him fit, but he was keen to come back and show what he can do again, and it’s another example of a player who is coming here for the right reasons.

“His attitude is that he wants to do well, and I like that. The length of the deal was part of the attraction for myself, though probably not for him, I’m sure he’d have liked a longer deal.

“He was willing to commit to the end of the season to show people that he’s fit and what a good player he is. I want to see how fit I can get him; I’m looking forward to working with him and I’m sure he’ll have an impact.” Also adding to the attacking options is Tobi Sho-Silva, who joined for an undisclosed fee from Sutton on an 18-month deal.

“That 15 minutes when he came on against us on Saturday was enough!” he joked. “Actually, standing next to him on the touchline was enough.

“When I saw him it was like, well, he was another big Sutton player. Everyone has known that we’ve been looking for a different type of forward, we’ve said it from day one.

“The list of targets was an unbelievable list, and he was one of them that was on there. We didn’t think it was going to be possible, obviously Sutton are flying with a good chance of promotion, but when I spoke to the lad it was clear that he wants to play games.

“It’s such a refreshing attitude because he could have stayed at Sutton and been part of what could be a promotion team, but his main concern was getting to somewhere where he’s going to play.

“He’ll still have to fight for his place here, but he gives us yet another different option to what we’ve got and that’s what I’ve been after all January. It just so happens that we get it done on the last day.

“There has been a fee involved which shows you that Sutton didn’t want to lose him. He’s fit, he’s really keen, he’s been playing games, so he ticks a lot of boxes in that respect.

“I always look at the attitude of the players and yet again his hunger and desire to play shine through.” Experience and know-how has been acquired through the arrival of Kristian Dennis, who also joined on an 18-month deal.

“All of the new signings are different, but Kristian’s attributes are black and white,” he commented. “Look at his goalscoring record and that’s enough, really.

“That tells you he knows that part of the game. Wherever he’s gone he’s scored, and he’s one of those players you want to see at the end of the move rather than being part of it.

“We haven’t got that type of player. We have a lot of good forwards who are willing runners that are involved in what we do, but we’ve all seen the amount of times we put balls into the box and there’s nobody there.

“Sometimes it’s having that instinct that gets you on the end of a good move that brings the goals. That’s what we’ve been lacking, so I look at us now and I think we tick all the boxes in respect of the types of forwards we have at our disposal.

“My job now is to try to integrate all of them, which isn’t easy at the end of January, but I look at my options now and it feels like we’re in a really good place.”