Tuesday night threw an almost unprecedented conundrum at the Blues when they were forced into three injury substitutions before the half-time whistle had been blown. 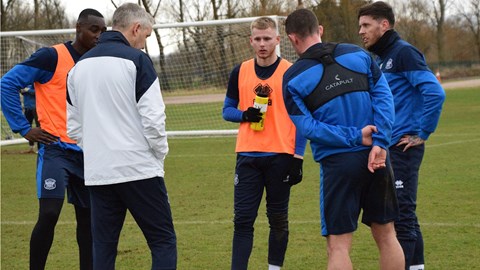 Rod McDonald [calf], Joel Senior [knee] and Callum Guy [hamstring] left the field (in that order) and, as feared after the game, the diagnosis does not look good with them having now had further medical assessments.

“It’s not good news at all,” manager Keith Millen said. “Joel has seen a specialist and will need surgery to his knee, which is a massive blow for him and all of us.

“He’s just joined us, and you can see the potential he has. He got his chance quite early because of Kelvin’s injury. I think everyone has seen signs of what he’s going to bring to us, so we’re all devastated for him.

“We don’t know exactly what surgery is required, but it will more than likely leave him out for the rest of the season.”

“It’s really tough for him, I’ve spoken to him, and he’s got to try and first of all get over the initial disappointment, the shock of it all,” he added. “Then we need to make sure we do the right things medically, which we will.

“And then from my experience, the quicker you can get the process in place the better it will be for him. We were all gutted for him because he was starting his career with us and he was looking good. He’s got a good family around him and we’ve just got to be there to support him.” 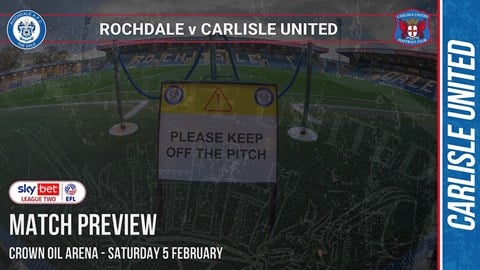 “Callum has a hamstring problem which is hopefully only weeks rather than months, and it’s the same with Rod’s calf problem,” he continued. “So that’s three serious injuries which show you the difficult side of football, and we feel for all three of them.

“When you lose three key players, it’s important from my point of view as manager to try to keep some sort of foundations to what we’re doing, not let it all crumble. I’ve got to keep as much of the good work we’ve done so far as intact as I can.”

With such situations part and parcel of football, it’s now a case of shuffling the pack to make sure that it causes as little a blip as possible.

“On Monday evening I was looking and thinking we had a big squad,” he admitted. “You don’t expect three serious injuries in one game like we had, I’ve never come across that in my time.

“When you lose players through injury or suspension, you need to try and focus on certain things. I said that to the players, everything can crumble away if you’re not careful.

“That’s really important I try and stay strong as the manager and say this is us. It’s difficult for the injured players but it gives someone else an opportunity and they’ve got to take it.

“I could quite easily have looked at it and said right, we’ve lost there, let’s change things, but you’ve then we’ve got no foundation to work from.

“We need to try and be consistent in what we’re doing, and then people can come in. So I’m not going to make wholesale changes because you just can’t do that in February.

“It’s trying to work out where I need to freshen it up and who’s the fittest to do that.”