Just 24-hours into his new job manager Paul Simpson it was into the first meeting with the local press and a mammoth 90-minute series of interviews as he talked about what is going to be a tough challenge ahead – but one he’s ready to tackle.

Having already been in the hotseat when he took over a near impossible situation back in 2003, he took the club from the devastation of relegation from the football league to back-to-back promotions, and comes back as no stranger to what’s needed at what is a really difficult time.

And, first things first, surely stepping back into the manager’s office following a 16-year absence has to feel just a little bit weird.

“It does feel a bit strange,” he agreed. “It’s all been a bit of a whirlwind, but I’m delighted to be back.

“It’s a real challenge, but life is about challenges and grabbing opportunities. Hopefully between now and the Bradford game we can grab this opportunity, get the results we all want and make Carlisle United a bit more of an enjoyable place to be.

“The truth is, you only get a job like this when a team is in trouble. Football jobs don’t come easy, I’ve been sat at home since the end of October when I left Bristol City.

“I feel for him that he’s lost his job, but we all know that’s the risk that comes with being in this industry. I’ve lost my job on a number of occasions, some where I thought it was a bit harsh and some where I knew I deserved it. 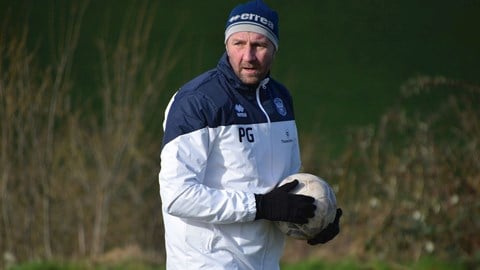 “You just have to get on with it, and I’m looking at this as another opportunity to get on the bike again, get peddling and see what happens. I’m really looking forward to the challenge.”

“I’ve only met the players once yesterday where I had a brief chat with them,” he continued. “They had a really disrupted day yesterday where they were hanging around for hours, it’s no hardship, but it’s disruptive.

“Today is the first day we’ll have on the grass and I’m really looking forward to seeing them and seeing what they’re about.

“I’m interested to see what their characters and temperaments are like because we’re going to need characters to get out of this situation. It’s not a real doom and gloom situation, the club has been in worse before, but it’s not pleasant.

“We’ve got to try and address that and do something about it, and hopefully we can do that this weekend.”

It goes without saying that coming into a club in this situation at this stage of the campaign means that morale is naturally going to be low, as concerns over the fate of the club come to the fore. 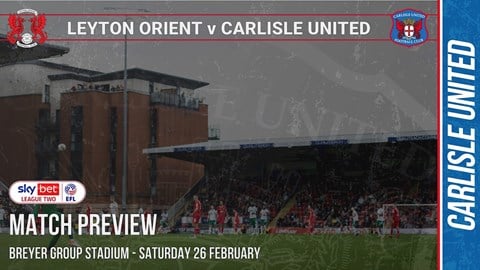 “I think I’ve just got to try and put smiles on faces,” he told us. “We can’t say it isn’t there because it is, we all know it’s there.

“In the world of social media you can’t get away from it, the situation is what it is, but we got ourselves into it and now we’ve got to get ourselves out of it.

“I am part of that we now, we have to get ourselves out of this situation. If I didn’t want to be involved in it, I could have happily just stayed at home in Ashbourne, watched games on TV and done a little bit of media work.

“I want to work, I want to be out on the training pitch day-to-day. What I will say is that I haven’t got a magic wand, I need the players to do it.

“One thing I’ve learned over the years is that it isn’t all about managers and coaches, it’s about players. I didn’t get a World Cup winner’s medal because I’m a really good coach, I got it because I had really good players.

But it has to be a case of hitting the ground running with games about to come thick and fast, and with a group of new faces to get to know.

“It is difficult but I’m not going to sit here and bleat on about how difficult things are,” he insisted. “We’ve all learned over the last couple of years going through a pandemic about what’s difficult and what can make life a bit of a test.

“I literally had about an hour on Tuesday night looking at Wyscout to watch their individual clips. I was watching Bristol City against Coventry when I got the call to see if I’d be interested, so I went on Wyscout just to watch clips of players and get to know the squad a little bit.

“You’ve got to learn quickly in football, when I was 16 and made my debut for Man City, I wasn’t given a honeymoon period to go and bed in.

“You’ve got to learn quickly, and if you don’t learn you fall by the wayside. We’ve got an opportunity here to get results over the next 15 games, keep us in the Football League, and then everybody can take stock of what’s in store after that.”

On the subject of taking stock, there was very little thinking time needed when the call came in on Tuesday night to discuss his availability, with the desire to do his bit, if at all possible, the overriding factor.

“I just wanted to come and try to help, it was as simple as that,” he confirmed. “When I got the phone call, there was no negotiating, we didn’t even talk about that sort of thing, I just wanted to do it. 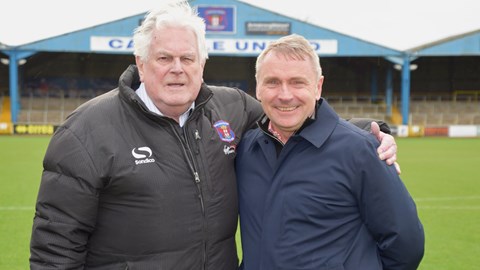 “I did say I wouldn’t come in until the first part of it was dealt with correctly, and that was with Keith. I was told that was done properly yesterday morning.

“I know it seems really wrong that a call has gone in before a manager has lost his job, but unfortunately that’s the way football is.

“I’ve been on the receiving end a couple of times, and I had a situation where I was dismissed and walking out the back door as the new manager came in the front door.

“I wanted the challenge, I want to work. I get jealous watching Sky on a Saturday and seeing the results, I want to be involved in it, it’s what I’ve done since 1982.

“It’s a great opportunity, and I just want everybody to still feel as positive as they do now after the Bradford game in May.”

Having cut the call, and indicated that it was a yes to heading back to Cumbria, had there been any doubts or exclamations of – what have I done!

“I’ve probably said that two or three times over the last couple of days, but I think I said that when I was working with England or working in the Premier League, it doesn’t make any difference,” he said.

“It’s a brilliant career, I’m sure there are people working in factories or in the NHS wondering why they’re doing it, this is just a bit different, isn’t it.”