The weekend trip to Colchester brought a debut and a first start for Birmingham defender Mitchell Roberts who played the full 90 minutes on the left-hand side of a back three, a position manager Keith Millen confirmed he’d played before. 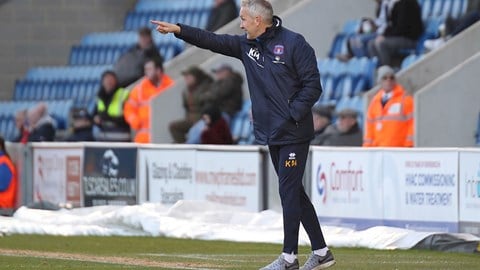 MANAGER: Hopefully we take confidence from it

“He gave me cover for that position and it’s a role he knows,” he said. “He’s played there before, it’s not like I was trying to get him to play in a position he’s never done before, he does that at Birmingham.

“It wasn’t easy for him in the conditions, but he did ok. He got cramp, but the reason I went for a back five is that they’re all young, and I’m trying to protect them a little bit.

“Sometimes you’re safer in numbers, and he’s actually played for Birmingham’s first team in the championship a couple of times, so he knows that role. He will get better from the experience of now having done it in League Two.”

Having looked solid defensively for much of the game, a mad six-minute spell saw Colchester notch twice to take the lead.

“I’ll certainly watch the video because there will be a lot of things we can sort out on the training pitch,” the gaffer commented. “It’s the first time we’ve gone to a back five and at times it worked ok and other times we were pulled around, but that can be worked on. 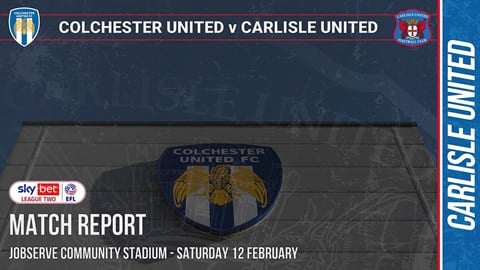 “Those sorts of things don’t worry me, and what was more concerning in the run we were on previously is that we were second best. I thought we got away from that and we competed, and the draw is probably the fair result at the end of the day.

“Going with five, when you look at all the injuries I just feel we haven’t got enough about us to be a back four. I really don’t.

“We only had a few days on working as a five, and that will get better. I think it suits the players we’ve got because there are natural wing backs who can play that role.

“And we haven’t got a strong enough experienced back four at the moment, so it was needs be really. It’s trying to nail that down and trying to improve it as we go forward.”