United’s final fixture in the group stages of this season’s Central League Cup against Morecambe was called off on Tuesday due to the continuing bad weather. 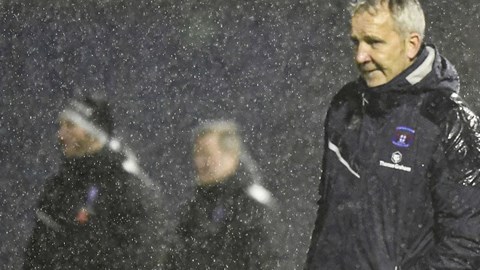 MANAGER: Callum is the closest

That meant a quick training schedule reshuffle, with the astroturf up in Gretna once again being put to good use.

“We’ve had a positive week of training,” manager Keith Millen told us. “The reserve game being cancelled allowed us to have a practice game, and that meant we could get some good minutes into the players, so it was a good fitness exercise.

“We had a day off yesterday, and we’re a bit dependant on the weather over the next couple of days as to what we’re able to do.”

“The practice game we had was mainly about fitness,” he continued. “I like having a whole week to plan for a game.

“I prefer that because it means we can do more work on the training pitch, and it gives a few of them the chance to have a little bit of a rest.

“There are a couple of lads who have achy joints and things like that. This week we’ve gone against my usually weekly plan, I prefer to train Monday, Tuesday and Wednesday when we don’t have a midweek game, but we weren’t sure about the reserve game, so we felt this was the best way to do it.

“Tuesday meant we got 60 minutes into most of them, so it’s been good in that respect, and now we’ve got to concentrate on Swindon.” 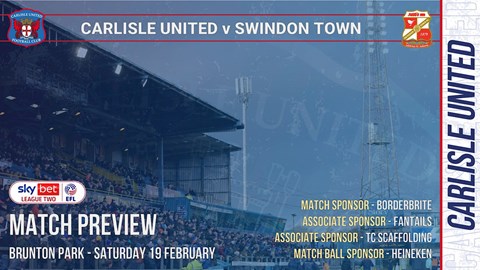 On how the game was structured on Tuesday afternoon, he commented: “I’m normally one that wants to try and step in and coach, and try and put different things across, but I felt that it couldn’t be a stop-start session, it needed to be one to let the game go.

“They hit some really high distances, some of them almost like a match situation. We had a few young lads train with us as well, which was good to see. It gave me a chance to look at the whole squad.

“It wasn’t so much about tactics, we played it in three segments of 20 minutes each, and that was also good for the fitness.”

Very important from the day was the chance to get some solid time into the legs of the new arrivals.

“For Kristian and Jamie it was important for those two, and for Owen,” he told us. “What you find with players who haven’t played regularly over a season normally their first game, the adrenaline gets them through it.

“Then you see that after two or three games it catches up with them, when their bodies aren’t used to the rigours of playing Saturday-Tuesday, because they haven’t done it for a while. 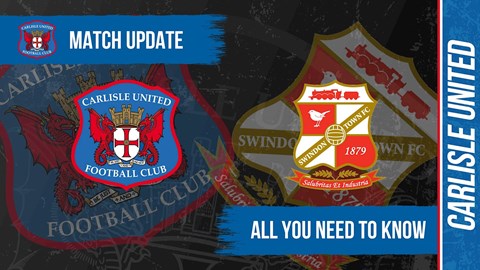 “The one-off games isn’t a problem, it’s more their bodies being used to playing week in, week out. That’s difficult to replicate.”

“Look at Tobi’s workload for instance,” he added. “He’s gone from playing bit parts for Sutton to playing 90 minutes. It’s something his body’s not been used to for a while, so they have to get used to it again.

“Jamie and Kristian have both been on the bench, but you could definitely start them. It’s not like they can only play 10 or 20 minutes now. They’ve got more than that in their legs, certainly.

“Whether they’re quite sharp enough to start, I’m not sure yet. Distances on Tuesday in the practice game were very high. It’s just when will they get involved in the game, which they will do, without a doubt, that’s why we brought them here.

“It’s whether they start or come on, what is the biggest impact they’re going to have. That’s what I have to think about over the next couple of days.”

“Overall we saw some good stuff from what was a very worthwhile session,” he concluded. “It wasn’t particularly structured as in ‘this is the starters against the rest’, it was more mixed.

“It was good to see Taylor Charters train with us, Lewi Bell was with us, Josh Dixon was involved, a couple of other younger lads were part of it as well. It’s nice to see the younger players in these things.”