Midfielder Jayden Harris had literally just finished having his hair cut when he received a call from his agent that was to change the whole complexion of his week, and of the season to come. 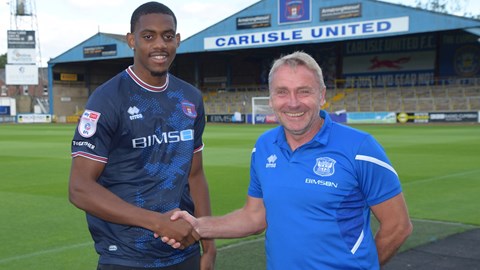 The 22-year-old was geared up for another campaign with Aldershot in the National League when United boss Paul Simpson stepped in with the offer a three-year deal and step into the EFL.

No-brainer, didn’t need to think twice, bit his hand off – however you want to describe it, it certainly comes clear very quickly when talking to him that he’s beyond delighted and excited to be here.

“It’s been a wild few days, to be fair,” he told us. “Two days ago, the journey up here was a bit long with delayed trains and things like that, but I’m just glad to get it done.

“It was literally just a phone call from the manager that sparked it. I was walking out of my barbers, and I got a call from my agent. He told me that Carlisle were interested in buying me and I said straight away that I needed it to happen.

“I was a bit shocked and surprised, and Simmo was the first person from this club I spoke to, that’s when it started to sink in. The length of the deal gives me real confidence because giving me three years shows he’s got belief in what I can do.

“I’ve had the one full season in non-league, but they’ve given me this length of contract, so it’s an amazing feeling. It doesn’t put any pressure on me that they were willing to buy me because I put pressure on myself to perform anyway.”

“Wherever you go or whoever you play for you need to repay the club, the manager and the fans,” he added. “As long as I can enjoy my football I think I’ll be fine. Just by doing what I can do is the best way to repay anyone.

“But, to be honest, I didn’t see this coming one bit. Before pre-season came about there was nothing, no chat, so for me it was just another season at Aldershot. 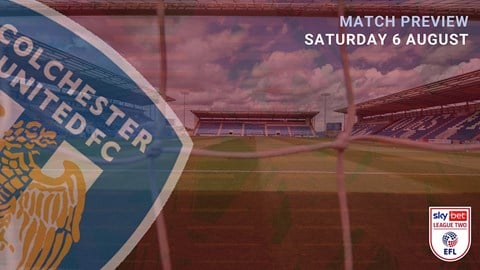 “I wanted to get on with it and do well. I was enjoying it with them, I felt I was playing well, then this all came out of nowhere.

“It’s a step up, of course it is, but I back myself and it’s a risk I think is worth taking. I know I can handle it.

“I’ll be honest, I’m a little bit nervous. I’m coming to a place where everybody knows each other, but I feel like once I’ve been out for training and I’ve had my touches on the ball I’ll be fine.

“Everyone told me about how positive it was here and I can actually feel that. Everybody is smiling and when I walked into the building just now the first thing I see is the kit man is joking around with the players, and it feels really good.

“I spoke to Sonny [Hilton] about what it was like here, I know him from Fulham, and he’s told me nothing but good things. That helped as well.”

A big part of finalising the move were the conversations he had with the manager, all of which pointed to this being the right next move in his career.

“He just wants me to give him the things that were the reasons why he wanted to buy me in the first place,” he explained. “He’s told me to come in and just try and work my way into the starting line-up.

“I’m not guaranteed anything, I have to work my way in, which is what I expected anyway. He wants me to bring my energy and hunger and he wants me to affect the team with my actions.

“That’s the way I like to do things, not lead the team but bring the energy, with tackles, interceptions and driving up the pitch. He’s asked me to bring that. “And I am the type of player who wants to win the ball. I’m box-to-box, I can attack as well, and I feel like I’m an all-round midfielder, to be honest.

“My presence on the pitch elevates my game and I’m full of energy, so I like to do the hard work. I like to get stuck in and the best part of my game is winning the ball and driving on with it. That’s what really gets me going.

“I’m right-footed, but I can play anywhere. I think I’ve been used everywhere but in goal so far! I only scored two goals last season, but I had a lot of chances. I felt as I grew into the season I got more chances. I feel like if I do that here the goals will start rolling in.

“Everyone talks about the goal against Wealdstone and it was a good way to end the season. After a long relegation battle, I feel like that goal, well, it was a long time coming.”

The London-born playmaker spent his youth learning his trade with Fulham, between the ages of nine and 21, and it stands to reason that his time there has had a huge impact on who he is today.

“It was good to be there,” he commented. “The amount of players that have come through there is unreal, and being there made me into the person and player I am.

“I’m really grateful for the opportunity I had with them for all of those years. It’s brought me here and I want to keep kicking on. It’s my first time in the EFL, it will be new, but I’m ready for it. 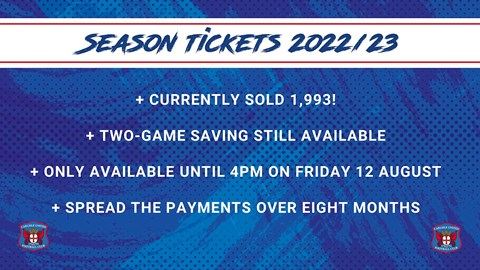 “Leaving was obviously hard, because I was around the first team and everything I can do now I learned there, even though I didn’t get to make my appearance. I got close to it, and I knew I was doing well.

“You have to take the disappointment of leaving the club and use it to your advantage. I know I have what it takes, and this opportunity now is going to help me to show everyone that.”

And he confirmed that stepping into the non-league circuit to continue his career hadn’t been a problem at all.

“Going from 23s football to the National League was a huge difference,” he told us. “People are playing for their lives, and you can see it on a match day.

“If we lost at Fulham, it didn’t really matter, if you lose you lose. But at Aldershot it was do or die, and you do learn a lot from that.

“I enjoyed it because I was given freedom I had on the pitch to express what I could do. I had two managers, and the first manager gave me licence to be like that.

“The second manager came in and had to drill his tactics into us. I know it was a bit rocky at first and I was sent out on loan, but when I came back I hit the ground running and started to express the type of player I am, and I think that’s what’s got me here.

“The fact that I’m here now means it’s obvious that wherever you’re playing, people are watching. To be fair, non-league is getting bigger and better, and I know that if I was still with Aldershot it was going to be another tough season.

“This is my club now so I’m ready to show everybody what I’m about. There’s not much of a difference between the National League and this league, that’s the way the game is as it is at the moment. Everything is getting better everywhere, including the non-league scene.”

“I just can’t wait for Saturday now,” he concluded. “Being around the match day and the atmosphere, and taking in the fact that it’s League Two.

“I know there’s no guarantee, everyone needs a bit of competition for their shirt, that’s what helps the whole team. It helps you individually to do better as well.

“I just want to play games, score goals, enjoy my time here and see what happens. I want to make that EFL debut and get started. I can’t wait.”

Click HERE to watch an interview with Jayden Harris on iFollow United now. 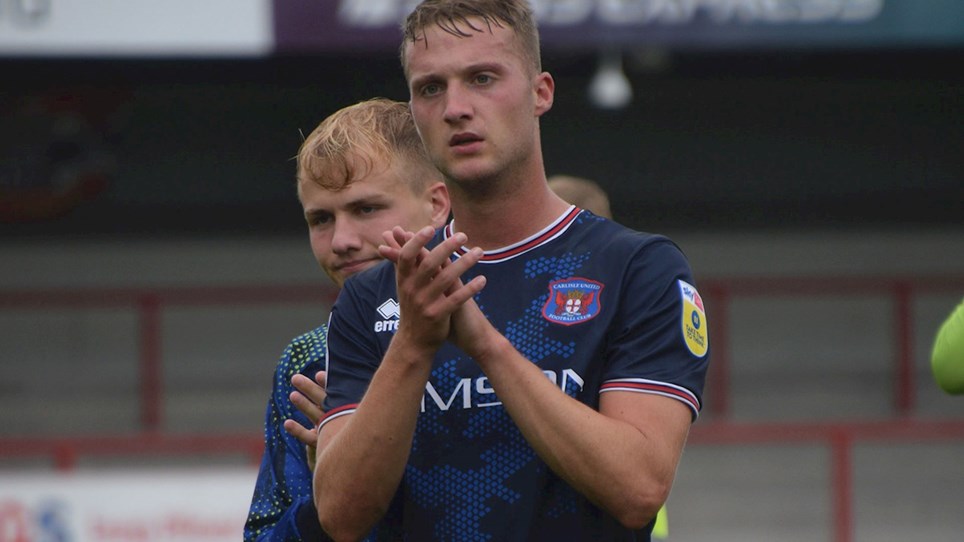 INTERVIEW: It's good, but it's hard work


The summer friendlies have brought a slight change in role for defender Jack Armer, who can now be found patrolling up and down in the left wing back position, with what is a clear licence to get...