United have been dealt an injury blow this morning with the news that popular winger Brennan Dickenson has suffered a small tear to the ACL, picked up during a training session at the back end of last week. 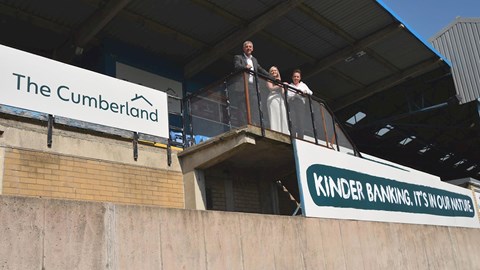 COMMERCIAL: The Cumberland sponsors United for a further two years

Dickenson, who can play anywhere up the left flank and across midfield, felt pressure on the knee during a challenge made as he took a shot and was sent for a scan to help with assessment of the injury.

A tear was confirmed, with a period of treatment and rehabilitation set to follow.

“This is a huge blow to us as a group, and to Brennan,” manager Paul Simpson said. “What we will do now is look after him and make sure he gets the right care and medical attention.

“He’ll see the surgeon in the next few days to determine the next course of action, be that surgery or further treatment.

“Bren is a strong character, so he’ll deal with it, but he’s obviously gutted that it’s happened when all he wants to be doing is getting out on the pitch and playing his part.” 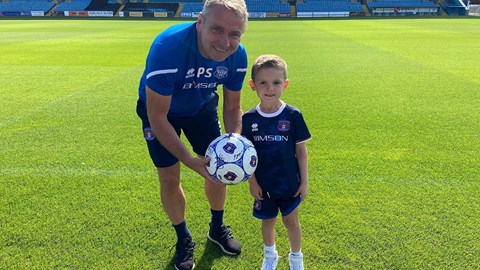 Dickenson, 29, joined the club on a two-year deal in August 2020, which was extended for a further year in the summer of 2022, and has scored three goals in 55 appearances so far.

Speaking about the injury, he said: “It’s hard to explain just how frustrated I am that this has happened.

“Simmo has been fantastic with me, and coming back from my honeymoon at the start of pre-season I could feel the real positive vibe that there is around the whole club.

“You obviously want to be part of that but now, with this, it means that my focus has to be on getting whatever treatment is needed done, and then getting fit as quickly as I possibly can.

“I’ll be supporting the lads in every way I can while I do that and I know they’ll be helping me as well, because that’s the kind of group we are.

“Hopefully the good start will continue and I’ll be able to help out on the pitch sooner rather than later.”