Assistant boss Gav Skelton gave us his reaction to the Monday afternoon reserve game against Stockport County shortly after the full-time whistle had blown. 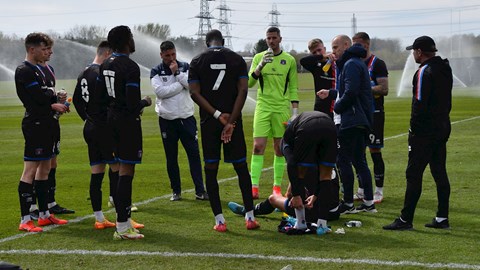 “Firstly, thanks to Dave [Challinor] and his staff, it’s a great facility and you can tell they’re a club that’s got a good feeling about it,” he said. “It was a decent game, but you always want to win, so that’s disappointing.

“They had a really strong side out. Obviously they’re flying high in their division and you could see from the team they put out that they’re all vastly experienced, and they looked composed.

“It was a really valuable game for us in terms of getting minutes, particularly for the lads who didn’t play last weekend with another busy weekend coming.

“It’s important they get game time and they’ll benefit from that. The manager was here watching so it’s also important that the players try to showcase themselves.

“Even more importantly it’s getting that match fitness because that’s something you can’t replicate. You can train as hard as you like but you can’t beat getting games and minutes.”

“The good thing is that it was a really tough test,” he continued. “It was one where they looked the more dominant side in possession, but we probably had more chances.

“There were a few really good opportunities that we were disappointed not to take. If we had it would have made the game even more competitive. 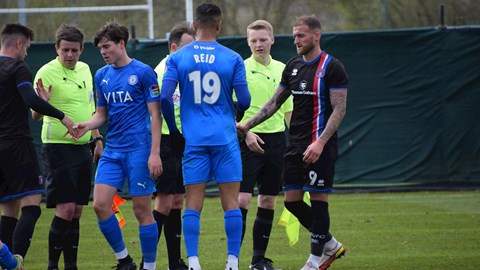 “Over the piece it was a really good workout, and we had some of the young lads who came in from the youth team and performed really well.

“We had a couple of one against ones and some really positive runs into the box, and when we looked forward and played forward with purpose, we caused them problems.

“The problems we had were caused by ourselves when we tried to be safe and we passed it backwards, and it became a bit laboured, at times.

“Those moments when we did get on the front foot we were dangerous, so it is disappointing that we didn’t capitalise on that.”

And the game provided a good way to start the week with renewed focus following the disappointment of the weekend’s result.

“It’s gone, hasn’t it, we’ve been on the other side of it where we’ve scored in the last minute, so all you can do is take it on the chin and move forward,” he commented.

“We’ve got a couple of really important games coming in the space of a few days next weekend so the focus is on that.

“Our preparation has already started and we’ve enjoyed a decent run of form over the last ten games or so, and we want that to continue.

“I’m sure we’ll take a fantastic support to Walsall and they’ll really help to lift the lads. Hopefully we’ll get a positive result there.”

And on the job still needing to be done, he told us: “You never take anything for granted. You want as many points as you can, that’s the same with any game, but when you’re where we are we still need points to make sure.

“That’s why we focus on the next game, then the next one. If we’re at our best on Friday we’re confident we can get a result.

“But we have to make sure we’re at our best from minute one, and not just for spells of it.” 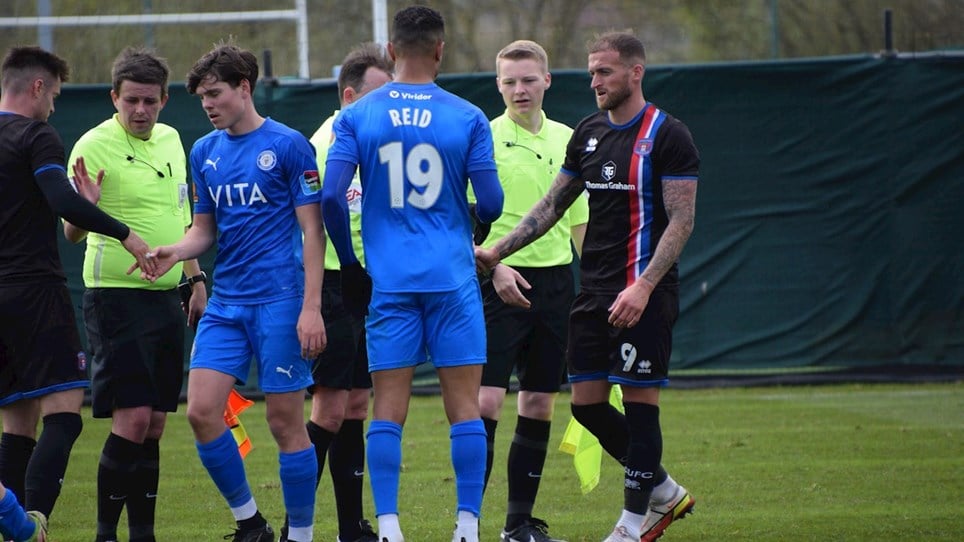 
United travelled to the Carrington training centre yesterday for a behind closed doors reserve meeting with Stockport County.