Defender Dynel Simeu was substituted early in the second half at Harrogate but manager Paul Simpson confirmed afterwards that it was too soon to diagnose, with him preferring to wait until his medical team had a chance to assess the situation early this week. 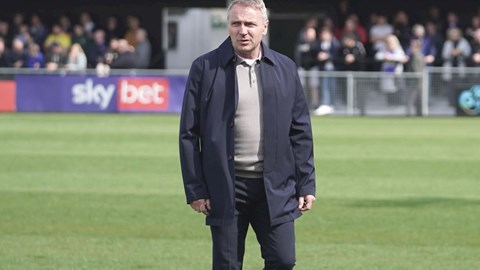 “I don’t know what it was, I’m not even sure if he could have carried on,” he said. “He was limping and I felt it was a bit risky to let him carry on.

“We’ve got a week until the next game, so we’ll get him assessed and we’ll see how he is.”

Missing from the weekend trip was forward Tobi Sho-Silva who, it was revealed, had picked up a niggle during the Friday training session.

“He picked up a problem in training,” he explained. “We weren’t aware of anything when he finished training, but I got a text message about 8pm from Ross the physio to say that he’d reported that he was getting some soreness in his knee.

“He was examined on Saturday morning, and it was too much of a risk with it still being sore for him to play in the game.

“Whether it happened in training, or when he did a little bit of finishing at the end, we’re not sure, but he didn’t feel anything at the time. He picked up a jar at some point. 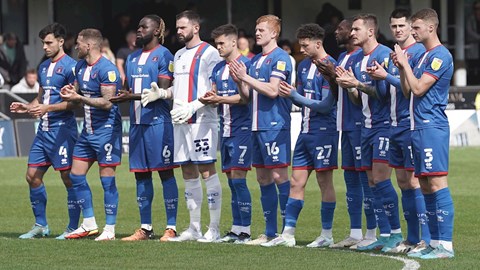 “It’s a big loss because he’s been effective when he’s come off the bench, with goals and the way he plays.

“We’ll see how he is at the start of the week and see if it’s just a few days to settle down or more long-term.

“When you’re talking about knees and ligaments it’s too risky, and we’re not prepared to take any risks. It’s more important he’s right for pre-season and ready to go then.”

Edging ever closer to a return is Jamie Devitt as he works hard on the training ground with a view to making his comeback.

“He’s been brilliant, shown a great attitude to get himself fit,” he told us. “He travelled with us on Saturday, but there was no intention of him being involved. 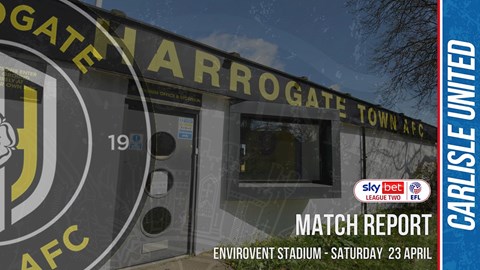 “He wanted to come and be part of the group. I was happy for that to happen, because he’s a good character and personality to have there. It’s really good to have him back.

“Callum Guy is working hard trying to get himself right as well, but he won’t be with us this season. There won’t be any chances taken with Callum.

“We’ve just got to make sure we get them looked after and get them back as best as we can.”

And on Morgan Feeney’s tests, he said: “All the tests came back that there were no issues whatsoever, so we’re absolutely delighted, and I think it’s been a massive relief for Morgs.

“We’ve done it all thoroughly, we’ve made sure it’s right, and he’s not had any issues. Hopefully that was just a one-off and it’s the end of it.”