The Easter game at Walsall was a tough watch as the away team enjoyed plenty of possession without managing to find a way through, which ultimately led to a defeat by a solitary goal conceded deep into time added on for the first period of the encounter. 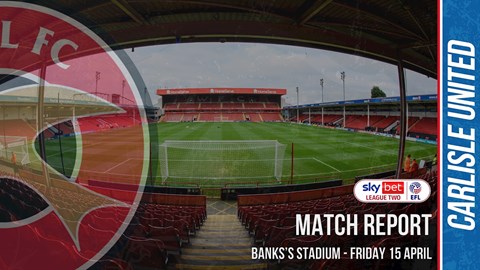 “We had so much of the ball in the second half, but you have to be brave when it’s 0-0,” manager Paul Simpson said after the game.

“You’ve got to want to get on the ball when it’s at that stage and you have to try and stay in the game.

“I accept there was a little bit of luck with the goal, and it looked like it took a bit of a deflection, and maybe Gibbo didn’t need to head it.

“There are those little things, but I’d rather we were more at it when it was still level. We let ourselves down with our quality on the ball more than anything else.”

“We were defending so deep, particularly in the first half, and as a back three we didn’t squeeze out and we didn’t compress the pitch to make us a nice compact unit, which we’ve been doing well recently,” he continued.

“It causes a problem when you do that because you get big gaps between defence and midfield, and then to your strikers, and you can’t get near enough to the ball.

“We were better with that in the second half, we were more positive and we got out, and obviously we had to change it with Morgan Feeney having to go off. That took us to a back four.

“There are worrying things there more than anything and we need to make sure we address them as soon as we can.” 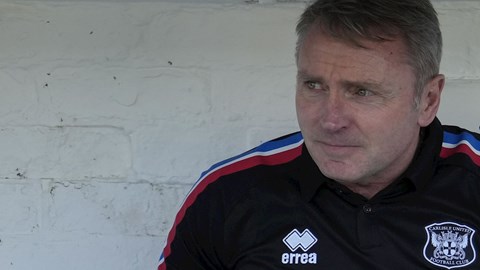 Speaking more about what the missing ingredients might have been, he commented: “The thing I’m really disappointed with is that we didn’t have the enthusiasm, the desire or the quality to stay in the game when it was there for us.

“Sadly it took us going a goal down and a couple of subs coming on to get some enthusiasm and desire that helped us to start to get on the ball.

“We let ourselves down with the lack of quality in the final third and sadly I’ve had to say that a few times recently.

“In the second half we’re chasing the game, and it’s always easier to chase something when the game’s away from you. It’s easier to get a bit of bravery.

“You have to do that from the start. Even though I thought we didn’t play particularly well in the first half we had some good chances, created some opportunities where we weren’t quite ruthless or violent enough in the final third to score and work the goalkeeper. 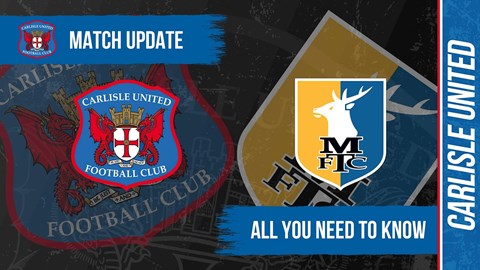 “The goal’s a rubbish goal to give away, a really soft free-kick to give away. Labadie’s grabbed Dickenson by the throat and dragged him down to the ground and they get a free kick from it.

“But I’m not blaming the officials, we still had to deal with it better than we did. We were too deep defending, didn’t get out to the ball quick enough and a little bit of luck with the way Jordan Gibson got to the ball and diverted it past Mark Howard.

“But there’s so many things we can do better and we need to do better. We all enjoyed the run of results and the way we went about it, we need to get back to it.

“It’s the same group, we haven’t got anybody else who can come in, so we have to get back to doing simple things better.

“I’m repeating myself, but we’re not doing the basics well enough, it’s as simple as that. We’re not passing the ball to each other and certainly not being clinical.

“As we’ve said a number of times, if you don’t do the basics right you’re going to make your life difficult.”