A game on Friday followed by another on Monday at such a key stage of the season always brings clarity to certain promotion and relegation situations, and for the Blues they head into the double-header knowing that they can banish the spectre of a looming battle of their own once and for all. 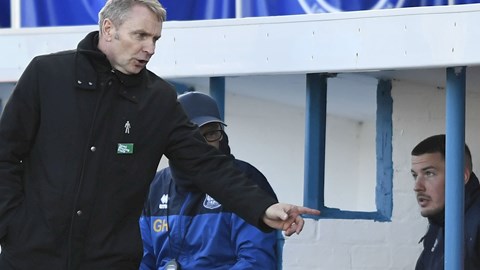 MANAGER: All of the games are coming thick and fast

“I spoke to the players this morning [Wednesday] about how important it is, before we started training, but if they’ve got anything about them they’ll be looking at the situation and knowing how important it I anyway,” manager Paul Simpson said.

“It’s the next game, it’s important for that reason, and also because we didn’t get the last one right. On top of that we can also put any worries of relegation straight out of the window.

“I don’t think anybody has ever been relegated with 50 points, and if other results go our way it’s definitely mathematically sorted. We have to go and do it properly.

“Whoever is selected has to go out and put in a much better performance than we did against Exeter.

“It would have been really nice if they could have gone into a game full of confidence after a positive performance.

“One thing I’ve learned as a coach or manager is I don’t have a bucket of confidence I can give them, it’s something they’re going to have to generate themselves.

“Between now and their selection, whenever that is, they have to make sure they find something that gets them to the level we all want them to be at.” 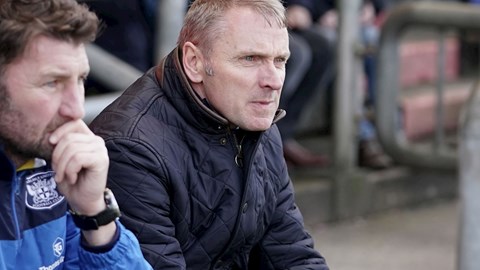 With safety so close, he added: “When I came in, I wanted to be safe by the Easter weekend, I really did.

“That’s where I was looking and thinking we don’t need to go into those last three games still worrying about it.

“I didn’t expect what we’ve had, the players have been absolutely fantastic in nine games - not the tenth, we didn’t do it at all in that one. I want to make sure we perform consistently through the remaining games.

“This is a great game for us. We can totally put any worries to bed on Friday early evening if we do it properly, just by doing our game right.

“I get that other teams might win and they can still reach 50 or more points, but I don’t think a team has ever gone down on 50 points. If we can get to that magic 50 mark that will give us a massive lift, and what a great challenge to have.

“It will be a horrible challenge if you’re chasing and hoping, and worrying about others. We know it’s totally in our hands and if we can do our job right we can be safe and we can enjoy the last few games of the season.”

“It hasn’t been that way over the last three games, and I’m concerned because I don’t like not winning, but it’s not something I’m losing sleep over at the moment,” he continued. “It’s something we’ve just got to get back to.

“We’ve had some tough games, you can say it’s three games without a win, but I still think the performance at Tranmere was very good and we probably deserved a bit more out of it.

“The Exeter performance was not good enough, but we still could have got a point out of it. The only thing we can do moving forward is be better. I want to get a win as soon as we can.

“I wasn’t dancing on the rooftops when we won five on the trot, I know it can change quickly. We’ve just got to keep level-headed, nice and calm, go into the Walsall game and hope it gets us a performance that gets us the result.”