United boss Paul Simpson spoke of his gratitude at efforts that have gone into raising funds to create a flag as a tribute to the work that’s being done to secure League Two safety. 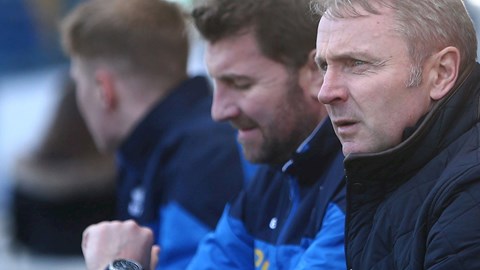 Carlisle fan Chris Cope set up a Just Giving page with an initial target of £500, and that sum was raised almost in the blink of an eye as he went public with the campaign.

Chris revealed on social media that he hopes to have the flag at the Bradford City game at the end of the season, as a thank you to the manager for the way he has reunited the club since his return.

“It’s a really tricky one, because when I left the last time I had a situation where my son had to be taken out of his class because he was being threatened by somebody on social media that he was going to stab him.

“I was led to believe there was an effigy of me being set alight in Denton Holme, which isn’t very pleasant.

“When I’m down in Preston and getting a phone call from school to say just to let you know, we’ve isolated Jake because he’s being threatened and there’s somebody in school with a knife, that’s difficult to deal with as a parent, especially when you’re talking about it because of a game of football.

“To hear this side of it, where you’ve got fans talking really favourably, it’s brilliant. I love this sort of stuff.

“Over the last week, some of the things we’ve experienced - and I’m not going to go over it again, but when I think about what happened at Tranmere, and when I watched the Rangers-Celtic game and I’m seeing glass bottles being thrown on the pitch, and we experienced it a little bit when we’ve got young kids running onto the pitch, trying to antagonise supporters - that’s horrible. 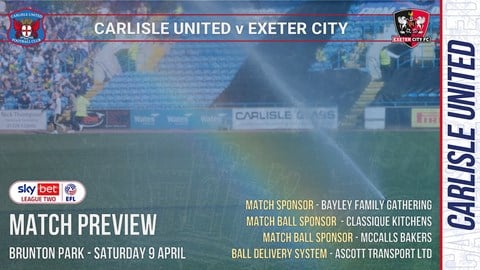 “I just think those things are horrible in football. There’s no place in football for that. But for me there’s definitely place for supporters showing gratitude towards managers, and that side of it.

“I love that and I’ll be delighted to see it. I don’t need it, but if I see it that is absolutely fantastic. If it happens, I will be making sure I thank the players and staff, because they’re the ones who’ve helped to get this real positive feeling that’s going around the place at the moment, because of what they’ve done. It certainly makes my life a lot better.”

“But I still consider myself a Carlisle lad and the response has been brilliant. I didn’t want to come here and it all falls flat on its face, or I do, and I get ran out of the city and I’m not welcomed back in.

“This has been really good. I didn’t know about this flag but that’s brilliant. The fans have been brilliant, the players have been superb, the staff, everyone.

“I really want to finish well though, to have a really good April and one game in May, and let everyone have a really positive finish to the season. If we’ve done that, they’ll probably still want me to have the flag. If we don’t, it might get burned in front of me!” 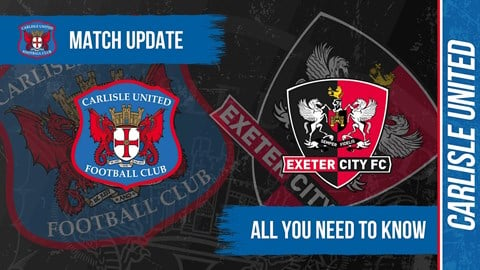 And as we keep reminding him, hero status was almost guaranteed as soon as he picked up that first win in his first game at Orient.

“I know I’m repeating this but the truth is I didn’t know what to expect,” he told us. “I just knew I had to get off my backside and go and do some work.

“I like working. I’m too young to think about retiring. I really enjoy working. I’ve enjoyed the challenge, enjoyed the way everybody around us responded, that’s players, staff, supporters, all of the support staff who work in the football club - everybody’s been really positive.

“But that comes about because of players getting good results. If I’d come in, done the same things and not got good results, it wouldn’t be that positive feeling.

“I’m really enjoying the fact people are happy that I’m back, but I’m enjoying it more that the players are performing and getting results.”

The run of March results brought with it a manager of the month nomination, but the Sky Bet panel decided this week that the accolade was heading to Joey Barton in Bristol.

“Personal accolades are lovely,” he said. “I’m so chuffed for Morgan Feeney to get his, and it would be really good for Omari to get the PFA one he’s been nominated for. “It’s great for us that I was nominated as manager of the month, which is a reflection of the rest of the staff and the players. That would have been wonderful but the truth is, it’s something that would have collected dust in my study, and ultimately I know what we’ve done.

“I know this football club has had a really good March. The three points we took off Joey’s Bristol Rovers really naffed them off and spoiled the run they were on, and it gave us a huge lift, which has given us a springboard to take into the last few games.

“It would have been nice, it didn’t happen, but it won’t change my life. It just makes me want to go and work harder to try and have a good April.

“The work we’ve done has given us a fighting chance to stay up and that’s really all that matters. Like I say, I’d love Omari to get an individual award, just like Morgan did, and I’ll show all of his clips in the presentation if that’s what happens.

“We know we had a good month and what we have to do now is make sure we have a really good April as well.”