Work on United’s pre-season schedule notched up a gear this week, with the organisation of friendlies and a mini-camp nearing finalisation with the new manager now in place. 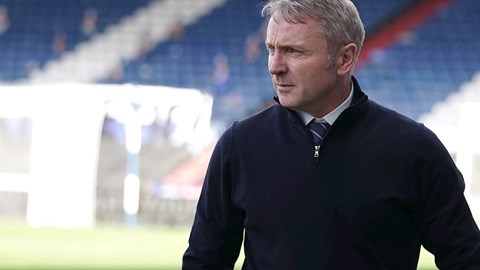 MANAGER: It starts with standards

“I think we’ve got four friendlies agreed, and we’re trying to get another one or two as well,” Paul Simpson told us. “I can’t sit here and say what they are, because I don’t know when the club want to announce that.

“We need to get all of the details put in place properly before we can announce them, but it’ll be a normal pre-season schedule.

“The lads will be back in on 22 June - I actually haven’t told them that yet, so they’ll find that out when they see this.

“The games will come thick and fast, and I’m hoping that we can go away for a few days, up to Scotland, to get somewhere away from here so that we’re living together and we can get to know about people.

“I don’t want to do that early, I want to do it later in pre-season, because my view on that is that I don’t expect to have the full squad assembled come 22 June.

“I don’t want to be taking a load of youth team players who aren’t going to affect the first team, I want to take a group who I believe are going to be closer to those who are going to do the first half of the season.

“All of these things have sort of been working away in the background without actually going full throttle and getting them done. Now that this is all agreed I can get on with it.”

And the energy and drive when talking about the work to be done was shining through, with clear levels of enthusiasm for what could easily be seen as a daunting task.

“I really am enthusiastic about all of this but, don’t get me wrong, I’m worried as well,” he said. “I’m worrying myself thinking how I’m going to get all of these things done in such a short space of time, and also go and have a bit of time away with Jacqui as well.

“We’ll do it all, we’ll crack on, and I’m looking forward to planning and putting structures in place. We’re going to need everybody to help, it’s as simple as that.

“I’ve talked before about a bit of a disjointed football club, and that’s why we need everybody to pull together. We need everybody doing the right things to take us forward.

“I get the feeling that there’s been people who are comfortable in their roles, and you can’t be comfortable.

“If you’re not giving everything then we’re not getting the full benefit, and that’s where there’ll be little changes that will happen.

“We want to make it more streamlined, more effective and hopefully a better football club.”