The reaction to the full-time whistle on Monday afternoon was one of relief, with safety secured with still three games left to play, but assistant boss Gav Skelton insisted that even though the achievement should be congratulated, it shouldn’t be seen as a celebration. 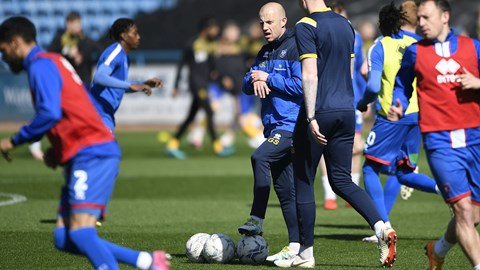 “I don’t think enjoyment is the appropriate word for what we felt after the game, to be honest, I’d probably say it’s relief,” he said. “You don’t really get enjoyment by achieving what you should be achieving anyway, but you can certainly start to breathe.

“Anyone connected to the club probably feels the same way. We’re all relieved, not joyful, because we haven’t won anything. But we are pleased and proud to have achieved what looked to be really difficult a few weeks ago.

“I think you can feel the relief because, with where we were in table, it’s been a long season. A few months ago it didn’t look good, and there’s a feeling of satisfaction now that we can’t go down.

“It has been tough, so the players should take a lot of credit for the way they’ve dug in. It isn’t a celebration, but there is a pat on the back for the way we managed to get out of what we got ourselves into in a good manner.

“We’ve been involved in some really exciting games and I thought Monday typified the way we’ve gone about things in the last couple of months. It was end-to-end and thankfully we came out at the right end of it.”

On what it felt like in the dressing room after the game, he told us: “It was just a relief for everyone, you could feel the tension just go.

“I’m delighted we managed to win the game and do it ourselves, if we’d drawn or got beat and ended up safe because results went for us, it might have felt a bit flatter. 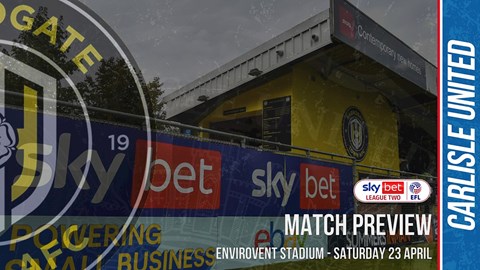 “There were no celebrations or jumping around or anything like that, it was just a case of job done. I think the manager said after the game that it isn’t what any of us set out to achieve, but at least we’ve achieved the minimum requirement.

“I’m pleased for the lads because they’ve had a lot of stick, sometimes deserved. There’s been a lot going on during the season and they’ve taken a lot.

“They might make out it doesn’t bother them, but I know it hurts, when certain things have been said to them outside the ground at home games and away games.

“Rightly so people pay a lot of money and they’ve had every right to give their opinion. They feel the pressure. Some more than others, every human being’s different.

“Some of them really do care, and for them to get safe and not have to carry that - it’s been a rollercoaster of emotions and the lads deserve a lot of credit because they could have gone under.

There have been games this season, even in the last seven or eight, where they could have gone under. We’ve gone to Barrow and Oldham, tough games, away from home when a three-point swing’s massive, and they’ve stood up and done it. 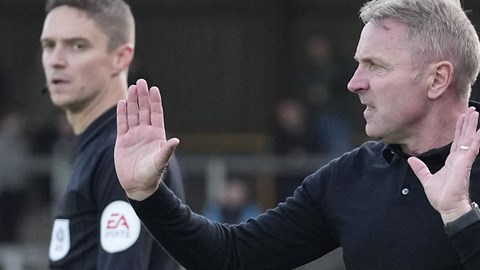 MANAGER: From where we were it is an achievement

“Walsall we weren’t great, so we questioned them there, but on Monday, stats aren’t a big thing to me, but they put in their hardest working performance in terms of distance and sprints. Credit to them as well.”

With a crop of younger players within the group, he also confirmed that the learning curve for them has been massive.

“I think we’ve all been running on a bit of adrenaline over the last few weeks and in the last couple of days it’s the first time I’ve felt a bit tired, because we’ve relaxed a little bit,” he said. “We can still come top of the mini-table and that’s the challenge for the players.

“We’re safe, but the top players at higher levels always go again, whatever is on the line. You have to be up for every game, that’s what top players do.

“We’ve had that tension and now we can relax a little bit, but you have to set your own standards and improve yourself. That’s why the younger players will have learned so much from this season.

“It’s a challenge now for the players to make sure they’re in the right frame of mind. They set their own standards. We could finish three or four places higher than we are at the moment, and we don’t want to just finish third or fourth bottom.

“We want to finish as high as we can for personal satisfaction and credit. There’s more to come from us, and I think without that pressure we’ll see more, but that’s up to the players to make sure they do that and maintain high standards.

“Especially the younger ones, if they want to progress they have to continue to be really professional.”