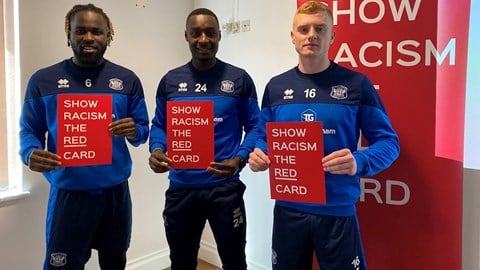 The pair watched the first part of a keenly contested game before a break was called - with the score at 3-1 – and the group members were then given the chance to ask questions and chat with their special guests.

When asked what had changed to bring such a good run of results under the new manager, Jamie Devitt said: “It’s such a difficult question to answer. With him knowing the area and the club I think him coming in brought everybody together, and that was massive.

“In the games before he came you could feel that the fans were nervous, but all of a sudden there was a really positive feeling around the club, in the dressing room and from the supporters, and I think everybody fed off each other. Things have gone on from there.”

And on what it feels like to have played a part in a goal that meant so much, like the last-minute header from Morgan Feeney at Oldham, Callum Guy said: “You’ve no idea. There just isn’t a feeling like it. 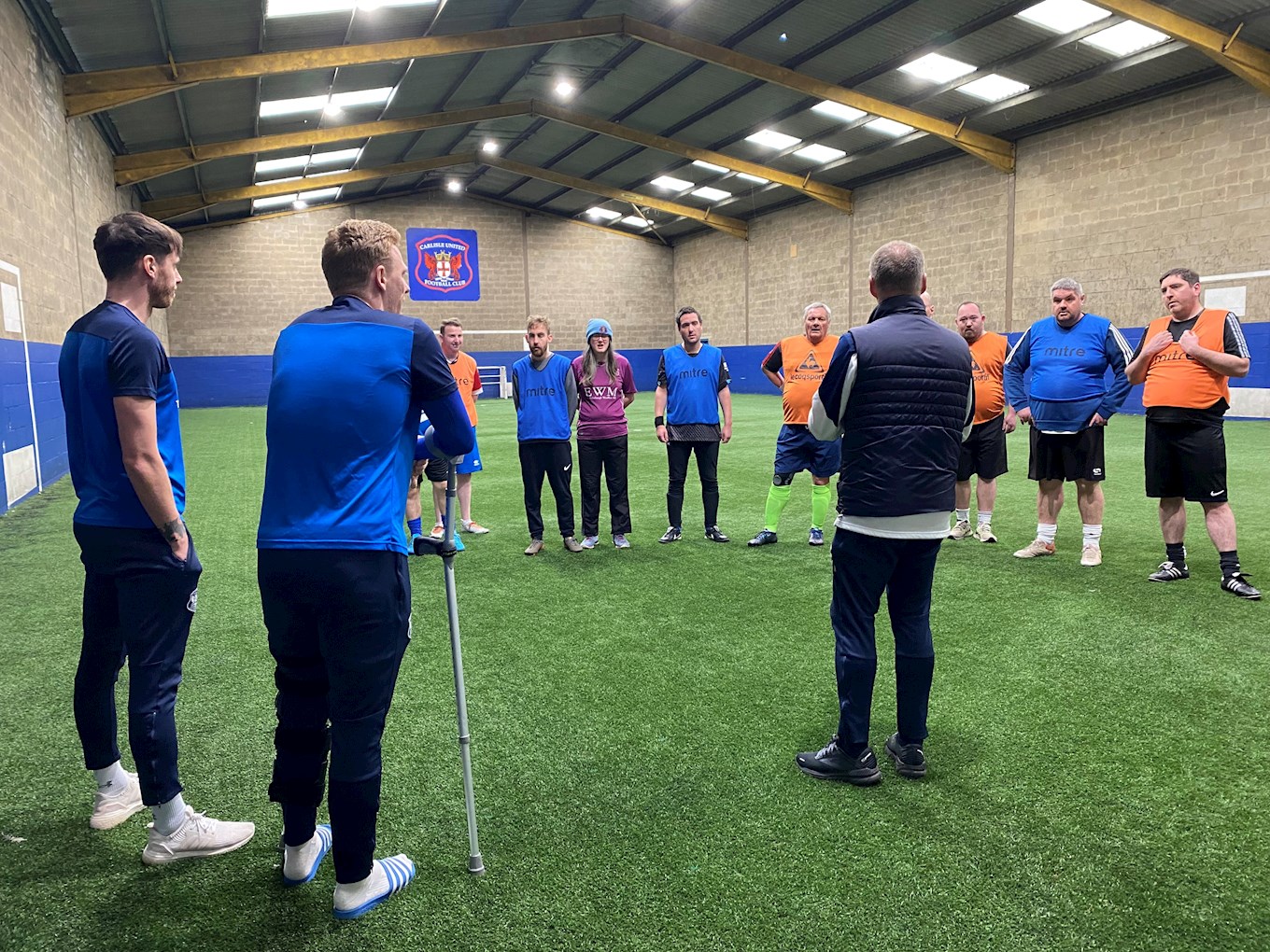 “Knowing how important it was, and then seeing all the fans running down the steps to celebrate, and how happy they were, it’s incredible. 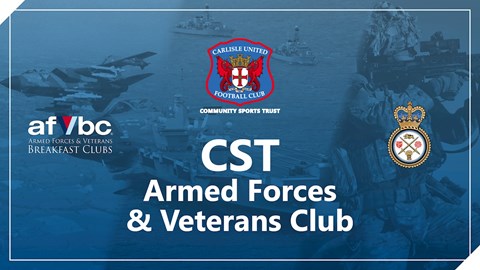 “I wish I scored more myself, but it doesn’t matter who gets them as long as we’re on the winning team.”

The Mental Health football sessions are held on Tuesday and Thursday afternoons at Brunton Park and continue to go from strength to strength.

“We’ve been running this scheme for a number of years now and we’re delighted with it,” CST manager John Halpin said. 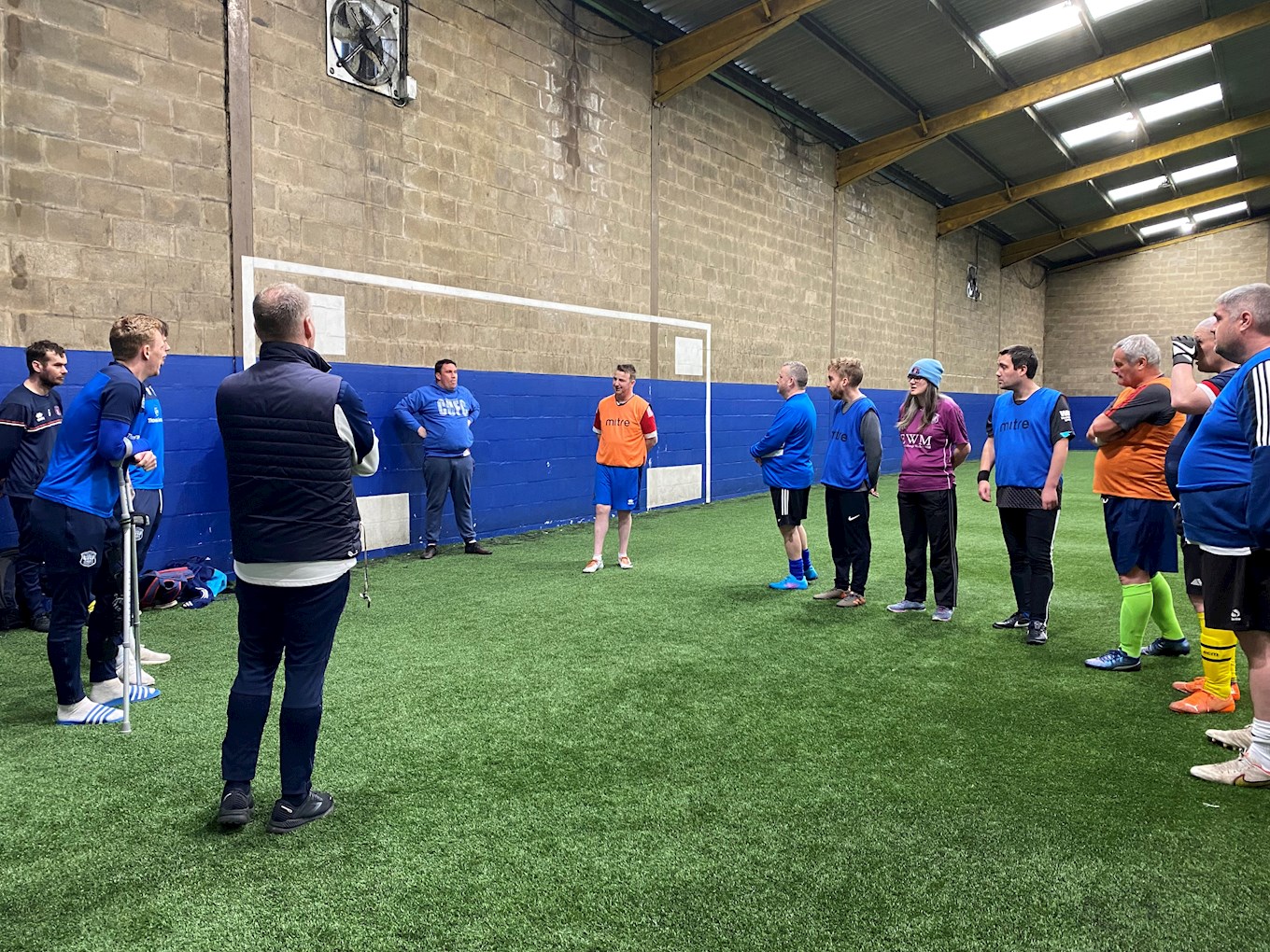 “It’s a great way to get people together who perhaps wouldn’t come out of the house other than to do their shopping, or go to do a little bit of work, and you can see how much they enjoy being able to come here and get together at the football club.

“They’re all supporters, and meeting the players is fantastic, it really is. A lot of them are dealing with things on a daily basis and the boost this gives them simply can’t be measured, other than in terms of the fact you can tell that they’re absolutely buzzing that it’s happened.”

United’s #EFLWeekofAction activities continue on Wednesday morning with the first ever meeting of the Armed Forces Veterans Club in Foxy’s Restaurant. 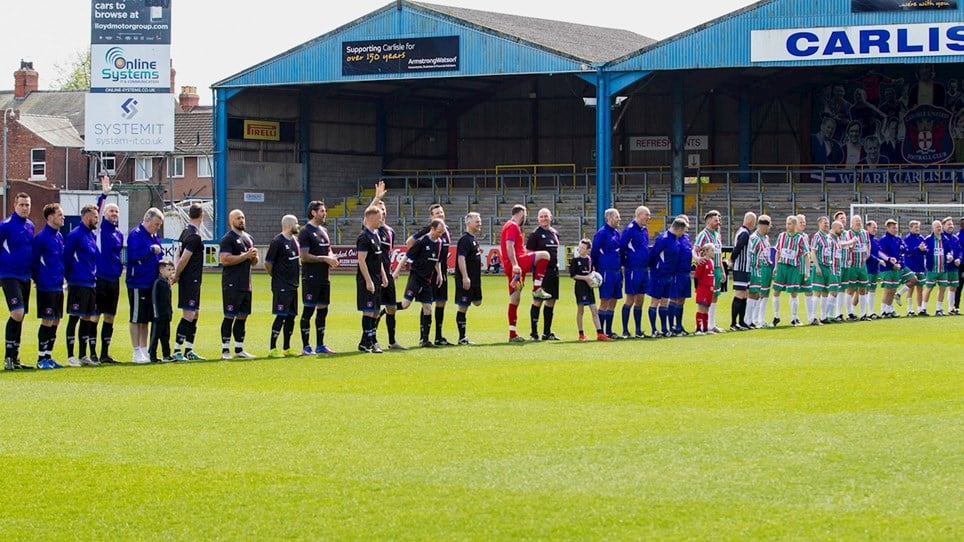