It’s been a busy period for the under-18 side, with youth boss Mark Birch bringing us up to date on what has been a three-game unbeaten spell for his young charges. 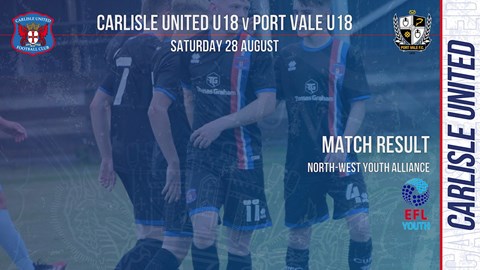 “The Port Vale game could have been any score,” he admitted. “We obviously take the positives from every game, but we also look at the negatives and how we can improve. Even though we won 5-0 we missed a lot of chances, and if that was any other game where it was tight, we would have been really disappointed.

“We’re trying to encourage the lads to be ruthless in front of goal, even when we’re winning comfortably. They’ve still got to do things right and take the chances.

“We were confident going into that game because everything had gone well in training on the Friday, and the atmosphere before the game was good.

“We smothered Port Vale and our work rate in the first 30 minutes won us the game. We wore them down and played at a tempo that we like to play at, and they didn’t cope with us at all.

“Charlie Watt has been given the last two goals, but one of them probably was going in before their lad took a swipe at it. That’s what he’s telling me anyway, and he’ll be on my case if I don’t give him it, so it’s easier to say it was his!” 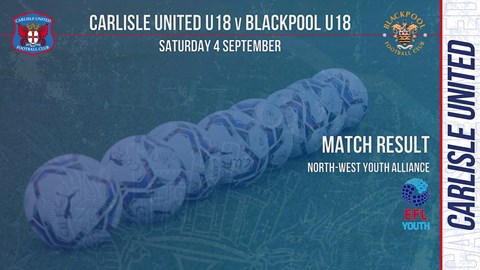 “The Blackpool game was frustrating because it did feel like an opportunity missed,” he admitted. “It was a good game of football, it was two good teams working hard and playing football in the right way.

“To concede late on in the game in the manner we did was disappointing. We had chances to be further than one goal ahead, and it’s the same thing about being more ruthless in front of goal. We are scoring goals, but we’ve got to start making more of the opportunities we create.

“Blackpool are always a good guideline to see where you’re at and how you’re playing. For us to come away disappointed with a point shows we’re not in a bad place. After a game like that you just have to concentrate on development.

“We looked back at where we lost our grip of the game. We aren’t conceding what you would say are good goals, they’re all highly preventable, so that’s an area we need to work on.

“The big thing is taking our chances, the lads have bought into the way we want to play which is getting forward a lot, and even though we’ve scored a lot of goals, we want more.” 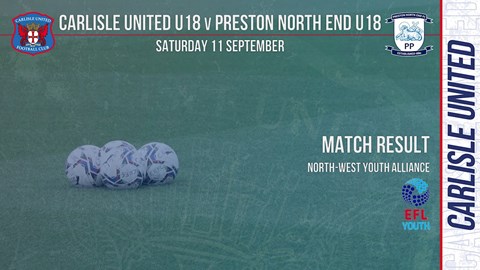 On to last Saturday’s meeting with Preston, he told us: “That was a game that showed the highs and lows of football. We didn’t start at the pace we want to play at but we worked our way into it and were deservedly a goal up.

“We missed a few chances and we conceded the equaliser in the 90th minute. We went from the high of thinking we were quite comfortable to the low of thinking we’d dropped points.

“Credit to the lads, their heads didn’t go down and when the ref said there was four minutes to go they just went for it. They didn’t feel sorry for themselves and they just kept pouring forward, which ended up with our left back scoring one-v-one with their keeper.

“We said to them afterwards, compare how you feel now to how you felt after conceding late against Blackpool. We want more of those kind of feelings than the disappointment from the week before.

“Getting the win in that manner shows that the lads have got a good determination about them throughout the group, but we try and instil that into them through the week. We don’t let them take their foot off the pedal during the week in training and if we don’t think the standards are good enough, we’ll tell them.

“We’ve got to push them because if they step up to the first team the standards have got to be high every single day.” 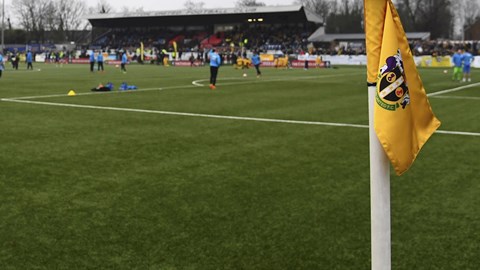 And with a month of the season already chalked off, we wondered if the squad is where he would expect it to be at this still early stage.

“They really are settling in well,” he replied. “Last week, training had been a really good standard and we said we had a good feeling about the Preston game before we’d kicked off.

“There was one point through the week where we had to calm them down because some of the tackles in training were simply too tough. One session was on the verge of boiling over the top because they all wanted to win and score the winning goal.

“The competitive edge to training is good, but they have to use common sense and do it at the right times.”

“When you start the season with a new squad of players you never know how the first years will settle in,” he continued. “We looked really good in pre-season and we worried that we’d peaked too early, but we’ve taken our pre-season form into the first four games of the season.

“We’re a bit more optimistic about what we can achieve this year now. We’re where we want to be but we’ve still got to look at the goals we’re conceding. All of the goals so far have been preventable, so we have to set that bar a little bit higher.

“We can’t all sit here thinking everything is great and we’re all doing well because we’ve only played four league games. We’ve got to find another level individually and collectively.

“We’ve got a free weekend coming up now because the Oldham game was rearranged. We’ve got a few knocks which the lads have been training and playing with, so it gives us chance to give them a few lighter days.

“They might have the weekend off, which will give some of the lads a chance to spend a few days at home. They haven’t been able to do that since we started. We’ve then got the Cumberland Cup starting on Tuesday, and that’s always something to look forward to.”