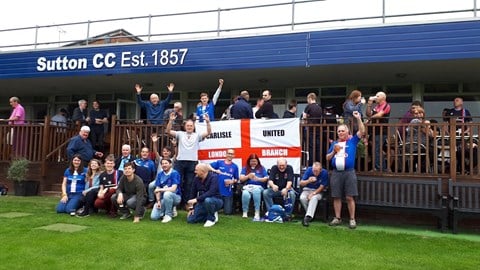 The 90-minute talk, held in Foxy's Restaurant, was organised by the club's head of education Scott Taylor as part of the Life Skills programme the Youth Team scholars' study through their League Football Education (LFE) two-year apprenticeship.

Paul spoke openly about his journey through childhood to life as a professional footballer. Along with several other former footballers, his story has been well-documented in the news, and he spoke candidly about the historical sexual abuse he and others faced as children.

Speaking at the start of the session he said: “Since I came forward in 2016, I’ve always wanted to try and make a difference.

“People might say it was brave, but for me it was all about trying to make a difference, because it is raising awareness and educating the industry.” 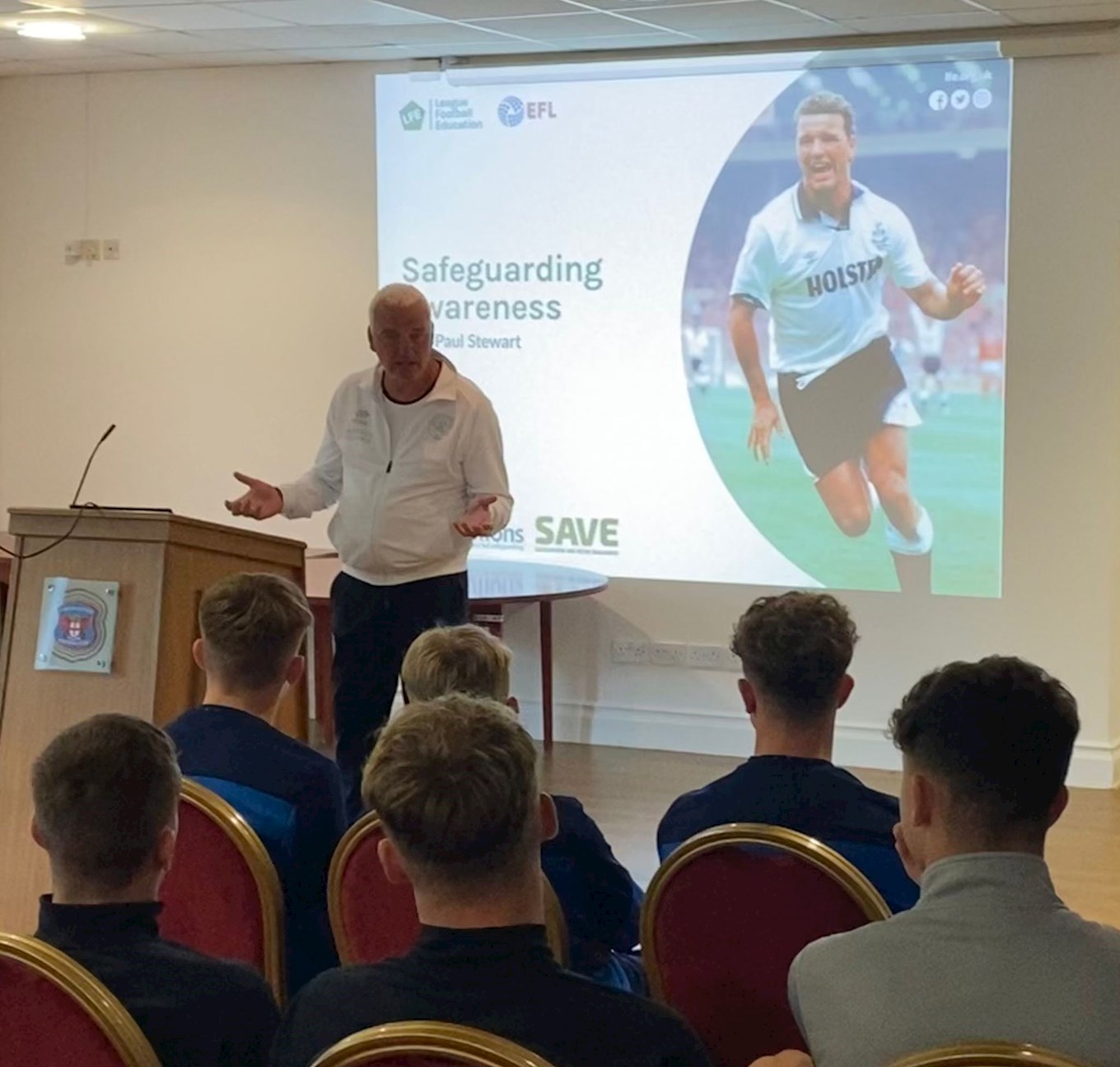 He stunned the audience when he said: “When I look at my career, I didn’t enjoy it, and that’s why I try to tell the young lads that they should enjoy this experience.

“I know they can enjoy it by understanding that if they have an issue, however big or small, there is a support network around them now and they can talk to someone immediately and confidentially.”

He went on to remind the players that every member of staff within the academy will have had some level of safeguarding training, which creates a safe environment, and they can talk to whoever they feel most comfortable with.

“If you feel something isn’t right please talk to Scott, talk to Birchy, talk to someone you trust, and don’t keep anything in, as I did for many years,” Paul commented. “The challenges within the game are difficult enough without carrying anything else on your shoulders.”

The 1991 FA Cup winner also works with the EFL and NSPCC to provide training to Heads of Safeguarding and those in other roles, like Scott, who is also the club’s designated safeguarding officer. 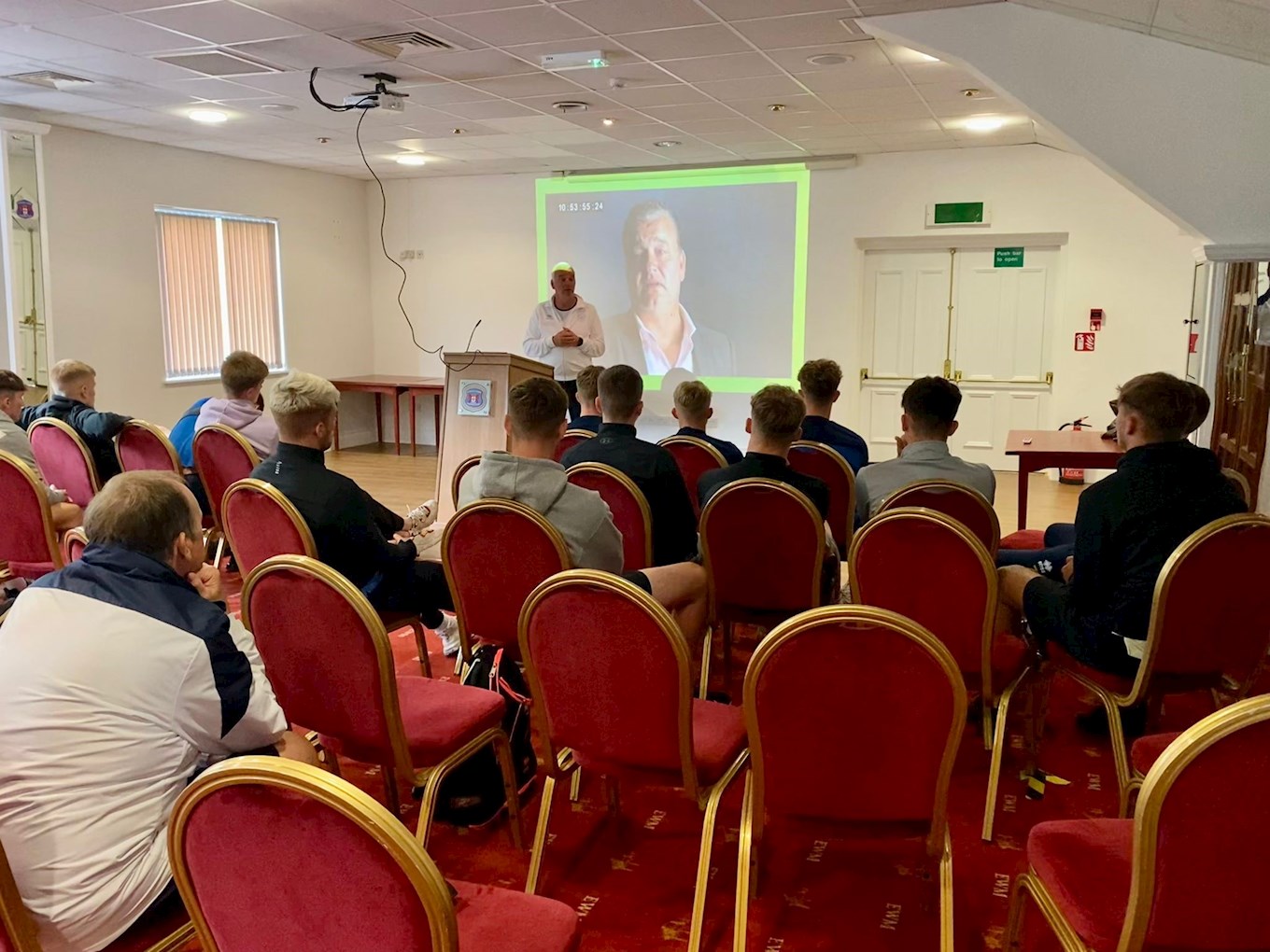 Speaking after the session, Scott said: “It was great to have someone like Stewy come up to Carlisle to help us raise awareness and help educate the first and second-year youth lads.

“I like many others was shocked by the BBC documentary (Football's Darkest Secret) that featured Paul, and other survivors like David White¸ earlier this year.

“These guys were some of my footballing heroes growing up, and to learn about their stories of sexual abuse all these years later was very emotional for me.

“Obviously as the club’s designated safeguarding officer I was also very interested in the findings of the Sheldon Report, published by The FA, that soon followed and which investigated non-recent sexual abuse allegations in football.

“Myself, Nigel Clibbens and the board realise that safeguarding has got to be a priority at the club, and excellent educational sessions such as this presentation by Paul Stewart are so impactful and help to spread such an important message.”