Early second half changes added impetus and almost did the trick for the Blues on Saturday when they established a foothold, equalised, and then pushed on to try to gain all three points against Crawley. 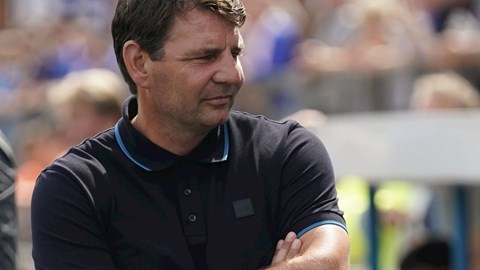 Speaking about the triple-substitution after the game, manager Chris Beech said: “I wanted the ball worked out more, I wanted crosses and more attacking threat, which we weren’t quite seeing at the time.

“Jordan’s got a great cross on him, Jack was under par, so you have to make that change, it’s an enforced change. You have to try and flip it and make a decision that turns the tide of the game.

“That’s what I mean by working hard. We had Joe on the right to get on the ball and give it to Jordan, it worked, Jordan got at his man, and that was part of the goal. But then you could see Joe struggling when we’d moved him to left back.

“Kelvin’s here, he can do that, so we put him over there. He gets forward, he comes inside, he’s 15 yards out, but he gets his shot wrong. You try these things, it was definitely good enough to get back in the game and should have been worth something, but it wasn’t.”

“You have to consider set-plays, we must have an understanding of that, because it’s cost us on Saturday. You have taller, more defensive-minded player to stop what they’ve actually gained. But that’s what happens in football. 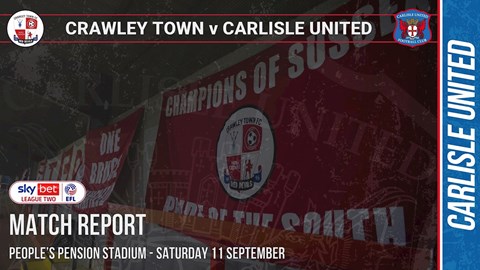 “It’s also a consideration that you’re an away team playing against a side who have physical players, and ironically when we were taller didn’t defend the corner. That’s always a conundrum.

“I enjoyed the second half, and they are encouraged in the first half still to play, but we want speed when the ball’s in play, and we want to control and game manage the event better, especially playing away.

“We have to be cleaner in that if we’re going to do anything over the season. We have to manage that because the teams who did well had good away records. We have to improve on that aspect from last year and we’ve still got to play football within that too. You have to get the balance. In hindsight, everything’s always correct.”

On the impact of Jordan Gibson, who set up the equaliser, he said: “He’s got a bit about him and that’s why we’ve signed him.

“We definitely didn’t utilise him on the ball enough. There were opportunities to pass back inside and down the channel, but I tell the boys, we coach the lads to get on the ball and pass inside at that point.

“If they decide to do what they’ve done there’s not much you can do otherwise encourage and support a difference after it’s happened. I was really pleased with how we responded after the break but gutted we’ve got nothing for it.”