Midfielder Keelan Leslie headed west to Workington last week on a one-month loan deal which will see him gain valuable pitch time at a club which is once again battling for promotion. 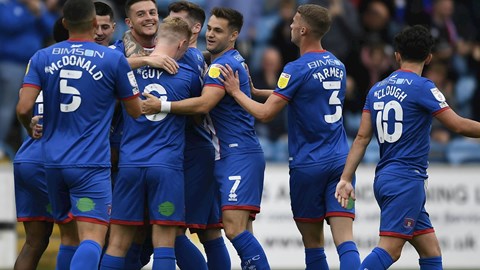 His first appearance for the Reds was a 65th minute sub in the 2-1 win over Market Drayton at the weekend, a win which cemented the top-of-the-table position.

Speaking about the move for the first-year professional, manager Chris Beech said: “It’s important for Keelan to get game time.

“He got a bad whack on his ankle and ended up missing a lot of pre-season, which would have been the perfect time for me to have a better look at him.

“He’s in a situation where he needs to catch up with his fitness and he needs to show me that he’s got the potential to be better than Jack Armer.

“It’s so difficult for young lads, so it’s important he gets the opportunity to play.

“He’s still train with us and we’ll see what happens.”