United boss Chris Beech confirmed that this week’s return to France for striker Gime Toure was a trip that had always been on the agenda, aside from the interest which had arisen in the player on transfer deadline day.

“There was a bit of interest, and that’s why he wasn’t involved in the Papa John’s game on that day, because something could have happened,” he said. “It didn’t transpire. He was always due to go home anyway to see family members, that was nothing to do with the last week or two.

“He asked and I was quite happy to support that, because hopefully he’ll come back with a spring in his step like we all do when we see people we love.”

“He’s due to train today, he continued. “He’ll come back into an opportunity of being available.

“Dependent on who’s doing what and how they’re doing it, from my attacking players I want assists and goals, I want people doing those things.

“As long as he’s doing them very well, I’m quite happy him starting football matches and assisting us scoring goals for Carlisle.” 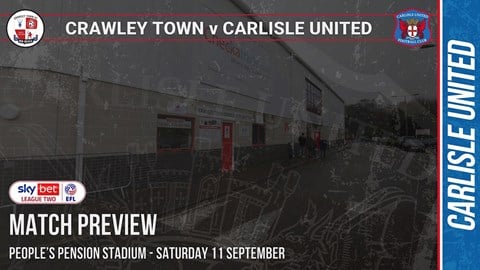 With United proving to be hard to beat, and hard to score against us, we wondered how he felt about the start to the season so far.

“I’ve been around football a long time and you can do it in tens, in thirds, or at 23-games on Boxing Day, which tends to be half way, but I’ve seen teams that have gone from bottom to top in a blink of an eye,” he said.

“Bolton are a great example from last year. When we were 3-0 up on Boxing Day, where were they in the league. Things can change very quickly, you can get a real good storm in form, but of course other teams can do it in different ways too.

“I repeat this but all we can do is treat each game as an individual opportunity, respect the opponent, and represent ourselves and our community in the best way we can. 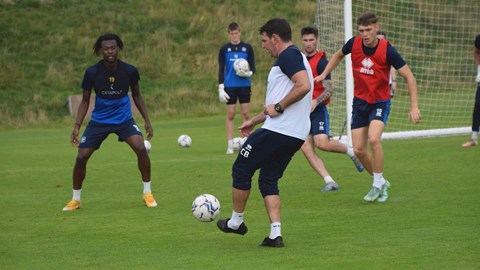 “We have to keep the focus on the next opponent, that’s where we have to remain, because ultimately you can’t play or beat anybody until it’s time to play them.”

“You also have to bear in mind that it’s still a short window of looking at what’s gone on,” he told us. “If you want to open it out into the pre-season matches, we were pretty hard to play against, and we’ve done well keeping the goals against column low.

“I’d like us to score more goals from the opportunities we get. We almost get a cavalry type attack of a three or four against one in every game and not end up with a goal.

“Even on Saturday, when Tristan went through, so we’ve got to be scoring more from those opportunities.

“It would be nice for the defenders to join and get involved in the goalscoring columns. Ultimately we’re doing quite well, but I know that means absolutely nothing at the moment.”