Having spoken to assistant head coach Gav Skelton about the reserve victory on Tuesday afternoon we then took the opportunity to talk about first-team matters as we look ahead to the visit of Scunthorpe at the weekend. 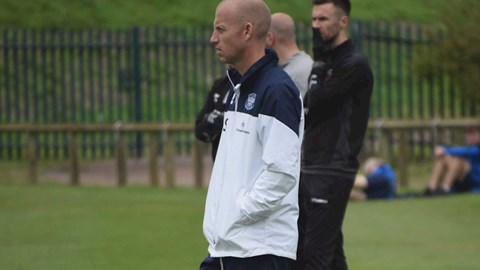 “We’re really looking forward to playing at home,” he said. “We wished there’d been a game on Tuesday night, to be honest.

“When you get beat, and get beat in the last minute, it’s a sore one. You take out of it what it is. We were disappointed, and we can’t hide the fact we didn’t play particularly well in the first half.

“Second half, when we got back to 1-1, you had that feeling we’d go on to win, but it wasn’t to be and they scored a good goal.

“The positive signs from that is that last year, at times when we went behind it was difficult to get back into it, where we’ve shown this year we can do that. It’s just disappointing we didn’t go on to win the game.”

“Everyone will say this, but we want consistency,” he continued. “We’re disappointed with Saturday but we had a good win against Salford and we’re desperate to back it up.

“We want to put things right this Saturday and get on a bit of a run. But the second and third game after the weekend will take care of themselves – this Saturday’s the most important one.

“We’re back at home, we like being at home, we have to try and start on the front-foot and take three points.”