Another two young players notched up their senior debuts for Carlisle United on Tuesday, with Arsenal loanee Jonathan Dinzeyi putting in a full 90 minutes whilst youth product Sam Fishburn returned from a successful spell with Lancaster City to come off the bench with just over 20 minutes left to play. 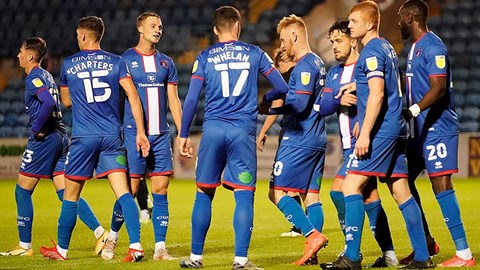 Speaking about what it will mean to them to have played and contributed to a win, assistant boss Gav Skelton said: “It’s massive, they won’t forget it. Hopefully there’s many more to come and they get a taste of it.

“He’s really enjoyed his time with Lancaster, he was always keen to tell you when he scored, he had a good run for them and speaking to their manager, they were really pleased with him and saw a lot of development in him.

“There’s still a lot of work to do, but the hardest thing to do is score goals, and he does do that. He’s shown that with his loan spell, he does it in training, he’s enjoyed it tonight, but it will be back down with a bump tomorrow because he’s in college at half eight.” 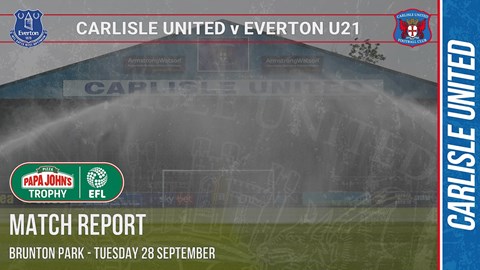 “It’s also good for Jonathan to get out there because it’s been a big change for him coming up here,” he explained. “He’s adapted to the group and hopefully this will help him to feel even more of a part of it.

“It gives both of them a taste, but only a taste,” he concluded. “It’s the start of the road for them, hopefully it makes them train even harder than they do and have the bit between their teeth to get in that first team.”